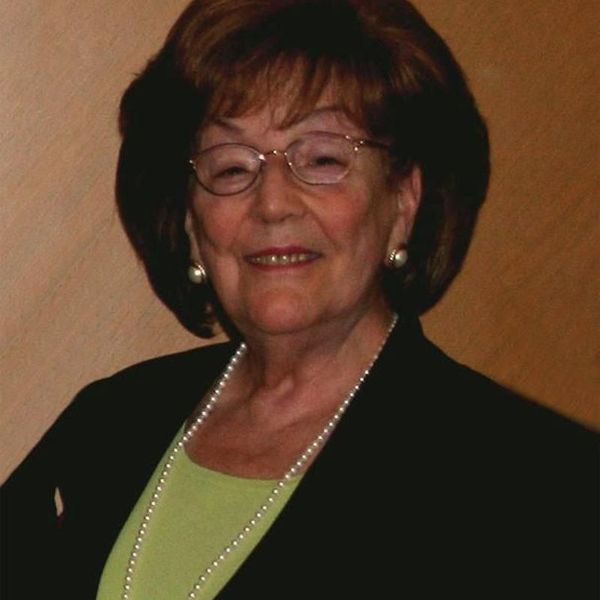 A smart, outspoken presence in the Harrisburg Jewish community, an early advocate for juvenile diabetes research, and a devoted mother, grandmother, wife and friend, Estelle C. Fried died in her Harrisburg home on Sunday evening, January 22nd, surrounded by family.
She was 82, and had been battling lung cancer and lymphedema for several years.
Estelle grew up in Jeanette, PA outside of Pittsburgh, where her father, Julius Caplan, was in the scrap iron and steel business. With her father and mother, Lucy, and younger brother

Wally, Estelle travelled around the U.S., but she remained a small-town girl at heart. At Penn State University in the early 1950s, she sold ads for the campus newspaper and got a degree in journalism. She also met her future husband, Jerry Fried, there. They were married in June of 1956, and settled near his family in Harrisburg, PA.
Jerry worked in the retail business, and he and Estelle had three sons, Stephen, in 1958, Jeffrey, in 1960, and Daniel in 1965. Following the lead of her mother-in-law, Estelle rose to be president of Sisterhood at Beth El Temple and was very active in Jewish Federation and Hadassah.
As a young couple, Estelle and Jerry faced multiple medical challenges when Estelle suffered severe burns in an accident, and Jerry survived a heart attack at the age of 29. They developed unique coping mechanisms, as well as an elevated sense of the importance of family, community involvement, and living in the moment. They travelled extensively whenever they could afford it (and sometimes even when they couldn’t). Their home was known as a well-stocked gathering place for friends young and old, as was their summer residence in their favorite place: Long Beach Island in New Jersey. They were very well-read, and belonged to a couple’s book club that met monthly for 40 years.
After his heart attack, Jerry joined the family business, Martin’s Furniture, which he later took over. In the mid-1970s, Estelle became involved in medical advocacy when her youngest son was diagnosed with juvenile diabetes at the age of nine. Both she and Jerry served in leadership positions in what is now the Juvenile Diabetes Research Foundation, and they founded the first run-jogathon to raise money for diabetes research. But it was Estelle’s responsibility for several years to have, in her kitchen, the local hot-line for families struggling with their children’s diabetes, so she was always available to help them cope with the challenges. Governor Richard Thornburgh appointed her to his state Diabetes Task Force in 1980; when her term ended in 1982, was honored by the JDRF international board.
In the 80s and 90s, Jerry transitioned from running a family-owned furniture store to consulting in advertising and marketing for similar stores all over America. Estelle did bookkeeping for the company, and the consulting business allowed them more freedom to travel the world and work summers from the beach. In 1994, they were thrilled by the birth of their grandson Jacob Fried.
Jerry died of colon cancer in 1997 at the age of 62. After that, Estelle doubled down on her volunteer work for Beth El Temple, serving on the cemetery committee and, for fifteen years, hand-writing all of the notices to congregants on the anniversaries of family deaths. She was also an active volunteer for the Jewish Home of Greater Harrisburg and the Hospice of Central Pennsylvania. In 2007 the Jewish community honored her as a “Mitzvah Hero.” The following year she studied to celebrate a late-in-life bat mitzvah at the age of 74.


Estelle enjoyed attending plays and musicals and lectures, and visiting the family shore house on Long Beach Island, New Jersey. She took great joy in serving elaborate meals on the Jewish holidays to family and friends—making her delicious signature dishes of brisket, mandel bread, and gefilte fish—and every July 4th at the beach, she made an American flag cake which became a family tradition.
She is survived by her sons Stephen (Diane Ayres) Fried, Jeffrey (Lori Rich) Fried, Daniel (Pamela Maine) Fried; her brother Walter (Phylis Adler) Caplan and niece Sharon (Bud) Price; her brother-in-law Stephen Schultz; nieces and nephews David and Sue Schultz, Laura and Trevor Creamer, and Rachel and Jake Mitchell; and a lot of loving grand nieces and nephews

.
Funeral will be held at Beth El Temple Memorial Chapel on Wednesday, January 25 at 2 pm, 1100 S. Progress Avenue. Shiva will be held at Estelle’s home on Wednesday and Thursday from 5-9 with minyan at 7, and Friday from 12-5.
Memorial donations may be made to the new Estelle Fried Adult Education Fund at Beth El Temple https://betheltemple.shulcloud.com/payment.php or the Juvenile Diabetes Research Foundation http://www.jdrf.org