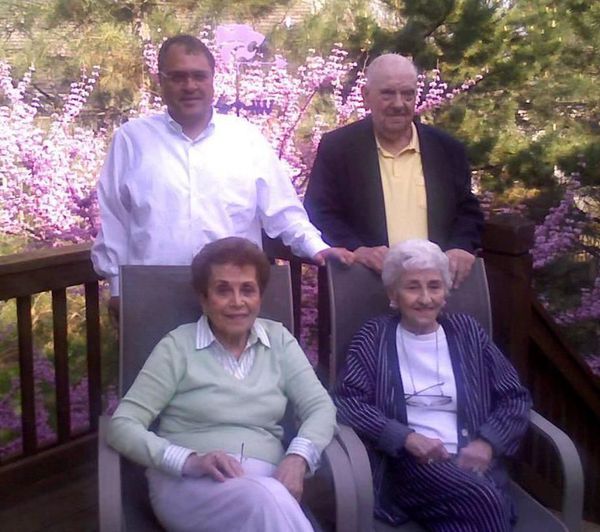 To say that Uncle Paul was a larger-than-life individual is an understatement.

He grew up poor in the Armourdale District of Kansas City, Kansas, and it showed in everything from the swagger of his walk to a Western drawl that was right out of a movie. As a young man in late 30s he worked with his father on the line at a meat packing plant. Beside the line was a man sitting comfortably in a chair.

“Who’s that?” he asked his father.

“That’s the government man, inspecting the meat,” his father answered.

He enrolled at Kansas State on a baseball scholarship and made extra money running liquor from Missouri to dry Kansas. He earned his veterinary degree and enrolled in the Army during World War II (he looked after horses in Arkansas and ran the craps game on the base).

It was then, on a trip back home, that he was introduced to my mother’s elder sister Agnes—his father and her father were both from the same Northern Greek city of Kozani. She was a beauty and as much of a pistol as Paul was—among other things she shared his interest in sports. They were married, build a glorious Prairie Style house in Prairie Village, Kansas and had five children—our cousins Billy Dan, Barbara, Paula, George, and Denise.

Our Yiayia Olympia Dimpapas divided her time between living with the Gatzoulis’s and with us in suburban St. Louis. Many summer vacations entailed us driving Yiayia to or from the Gatzoulis’ home, which became for my brothers and me the “Magic House” where we could while away the hours with our cousins, whom we adore. We’d hang out in the kitchen with Aunt Ag, who talked up a storm, smoked thin cigarettes, and always had the Cardinals game on TV. Or my Dad and Uncle Paul would take us to the bowling alley or to the driving range Uncle Paul owned along with his veterinary practice.

When we got a little older, Uncle Paul also took us to the horse track where he spent a considerable amount of his time. He was rough and profane but had a soft side. I will never forget that he flew to St. Louis the day I was injured in an electrical accident to be with my parents and by my bedside.

He was a self-described Yellow Dog Democrat who loved Bill Clinton (“I made so much money when he was president!”) as well as Hillary, which I think perplexed his buddies at the country club, who called him “Doc.” 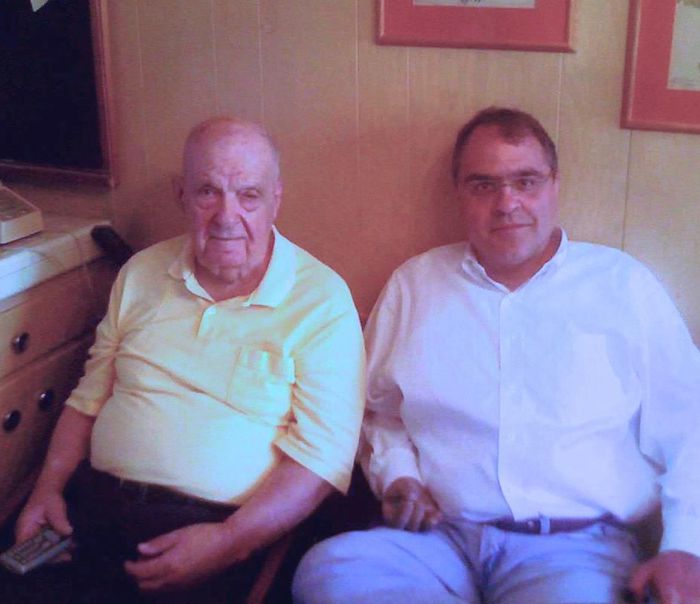 He was also a devoted member of St. Dionysios Greek Orthodox Church in Overland Park. The photos below were taken during Greek Easter in Kansas City in 2008, before Aunt Ag died. We will miss them both terribly but with immense fondness. May their memories be eternal.