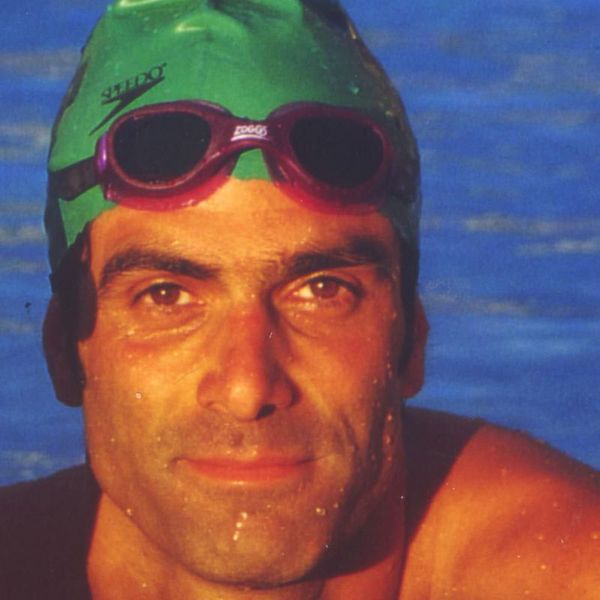 Steve was my soul mate for over 33 years. He took his own life on March 15, 2015. Steve was a remarkable man and impacted so many lives in powerful and positive ways, both as a coach of sport and a coach of life.

Mental illness does not discriminate. Steve was perceived by many to 'have it all'; he was handsome, well liked, had a great sense of humor, intelligent (degree in EE from SUNY Stonybrook). He was an accomplished athlete (finished 18 Ironman races) and had built a successful business that laid the foundation for triathlon (including teams, events and coaching) on LI. It is my belief, triathlon would not be where it is on LI without Steve's vision. He wrote several books on swimming and created yoga and swimming DVDs.

For a video about Steve Tarpinian, go to:

Slipped Away, Steve's memoir is on amazon.com Proceeds donated to project9line.org, a non profit veterans organization that provides outlets in the arts for vets suffering from PTSD and depression. The companion video to the book is at http://tinyurl.com/k6xu24