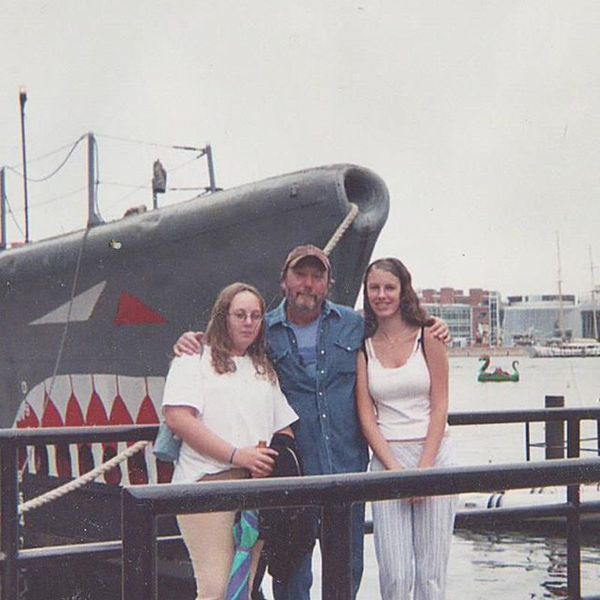 Anyone who ever knew him would say he was the kindest person with a heart of gold. After 12 years, it's still unclear as to what actually happened, whether it was intentional or accidental but the fact is either way he's gone. I'm told that he died of a broken heart but I don't believe that to be completely true. As his daughter, I often find myself questioning it all. If he loved my sister and I as much as I think he did, why did we get left with nothing? Why would you leave everything to the woman who crushed your soul so much that you felt life wasn't worth living? His suicide will always haunt me but as I've matured I've come to understand how he might've felt before he died. The world, more specifically the people in it, are cruel and whether or not they intend on hurting you, it still ends up hurting. It chips at your spirit bit by bit until only fragments remain. I understand how it feels for the world to knock you down and make your soul a little less bright. As hard as you try to remain goodhearted, the world and its people just keep throwing punches and you keep falling.

I knew him to be strict, hard-working and caring like most fathers appear from a teenage daughter's eyes. I won't deny that I feel guilty for my rebellious stage right before you died but I didn't know. I didn't know that we wouldn't have that chance for me to say, "you were right Dad." But I have said it along with many other thoughts and a part of me thinks you can hear it wherever you are now. Even with so little years as your daughter, you taught me the value of life. Because of you I'm a good person who's strong, independent, reliable and appreciative. I can't say for sure that I would be this person without your death but I like to think I would be. You selflessly put others before yourself, never complained and worked hard for what was yours. Like the song you loved so much, you did have a heart of gold and the world's a darker place without you in it.