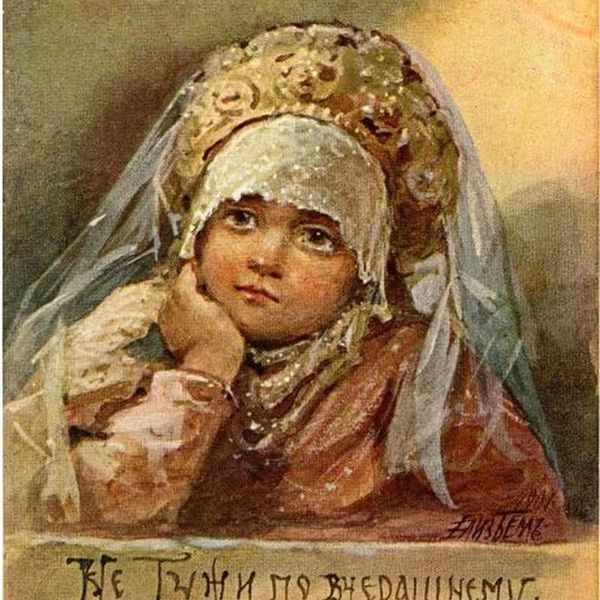 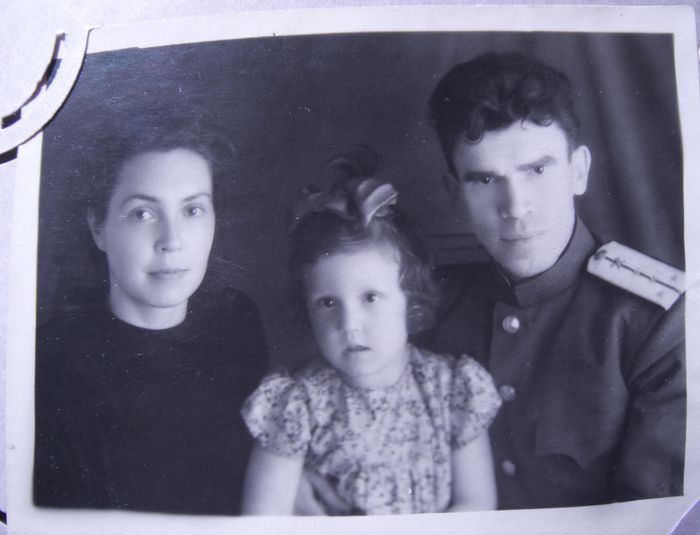 Finally war was over. Nina with her own family - Fedor Elizarovich - Navy Captain , all life he Served on the border with Estonia, and my mother - war child Luda.

Nina was born in Krasnodar, Kubanskaia region. She had an older brother, who later moved to Leningrad to study and live the rest of his life and have a family. So did she.

In 1939 she moved to study to Leningrad where she remained till the rest of her life ( with the exception of few trips to the south to see her family, while her grandmother was still alive). In the midst of her blooming youth and beauty war with germany started when nazis invaded Russia in June 1941. And life of horrors for her and the rest of Russia began.

In 3 years Russia almost alone fought invaders - natzis and lost 80 % of all male population of that generation. The fate of invaders was decided then - in that critical 3 years, that led to Russian victory in 1945, when they took Berlin. Help of allies was  comparatively insignificant and late ( after horrendous human losses and mostly winning major battles, such as Kursk battle, Stalingrad battle and so on )  and war losses in Europe  counted 13 millions of Russians  and  people from other invaded countries. By the way, Russia never lost a war and all Europe nowadays celebrates with Russia her WWII victory day on the 9th of May ! Even in Germany to this day people honor them and their multiple graves as people who liberated them. But my grandma ( and my other family members, who lost loved ones, houses and etc.) forever was scarred by the losses and would never visit Germany after that war. (Also she forbade me to ever go there too or marry someone there).

She was a young student, helped Russian deployed soldiers as much as she can to survive. Font lines were near the city. Gave away her food and bread to strangers , travelling to the front lines, protected her country by working hard (digging protective holes in the ground for troops with other students, putting away fires during bombings of Leningrad, surviving on a single slice a day of bread (that was a  daily portion of meal during 3-year siege of Leningrad, when millions perished from cold and hunger. She told me stories of piles of dead Leningraders (perished from hunger) left on the streets , waiting to be collected for mass graves, that surround the city (St.Petersburg now) this days. Some war time  bodies of perished russian soldiers and citizens are still in the ground  of the surrounding woods waiting for  proper burial.

During those years of war, living and surviving on faith and strong will, she managed to finish education, became instructor at her pharmacy college, get married and even have a baby ( my mother). (During Leningrad siege there was almost no food , no electricity, no heat in the severe winters when was up to -20 degrees   F ). Not even running water.

Water can be brought from the Neva river, wood  to make fire - from furniture and trees, food substitute included  mixture of wood shavings and  bread or linen seeds... She said she had to make pancakes from linen seeds even to live on.  She avoided to buy meat because of cases of unknown cannibalism - when human meat was  cut from dead and sold at markets as pork...

All war she dreamed to eat till she was full. To save money to buy a sack of potatoes at the farmers market. Life line was a Ladoga lake road over lake's ice - only connection with the mainland. Multiple trucks rushed back and fourth to take kids away and bring food... Many  never reached destination and drowned in icy waters during Ladoga nazi bombings of this only survival road.

That was against all rules of regular human regulations about conducting wars, including hundreds of thousands cases of killing war prisoners, mass extinction of nations in concentration camps, not only Jews and etc. Someone has to take responsibility for violating human rights like in WWII and exterminating nations like this, it should be outlawed and world need to know this true history and learn this painful war lessons, so not to repeat it again.

When my mother was born after the Leningrad was freed from seige in 1943, Nina Iakovlevna Maksimova continued to help the country to survive and worked and taught young girls who later became healthworkers. She was a living example of women's  honor and pride. Her self-esteem and sense of usefulness for nation and self-worth, high sense of patriotism and self-discipline, outstanding fair treatment of people and just attitude towards everyone won hearts and minds of almost everyone who ever met her. 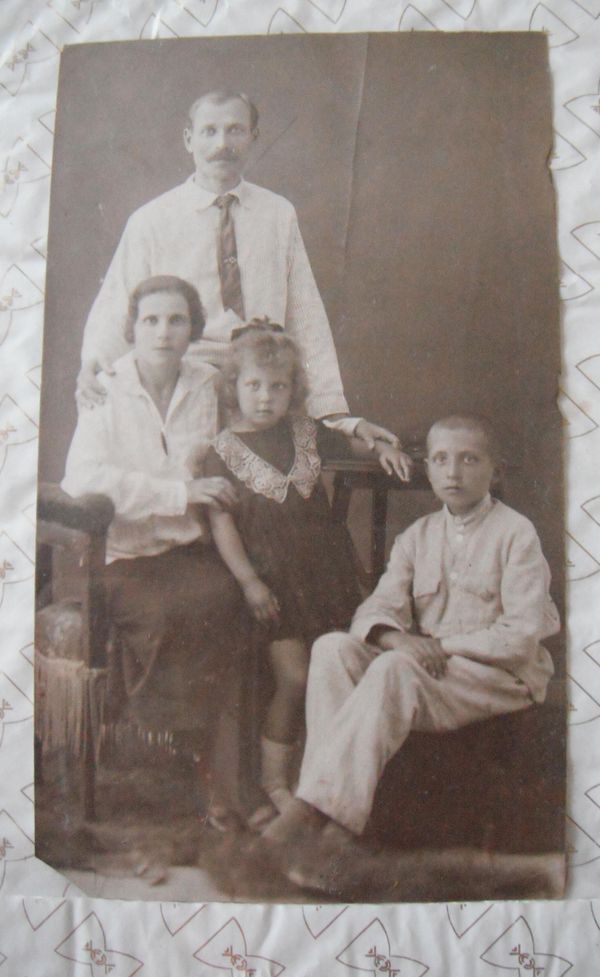