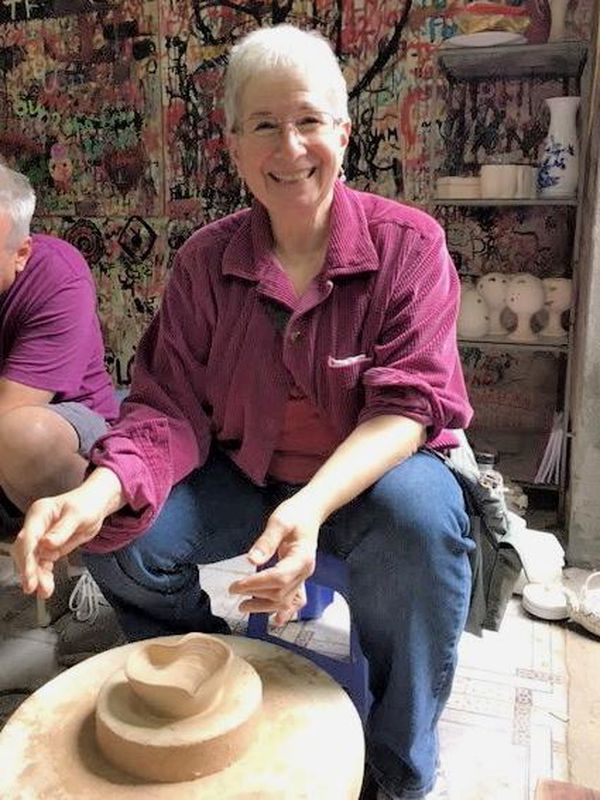 This memorial was created in honor of Janis Barbara Lubawksy Townsend of New York, New York.

Janis was born on January 21, 1946 in Bronx, NY. She graduated from Bronx Science High School. She attended college at the City University of New York and went on to earn her PhD in English Literature from Wayne State University.

She married David Townsend in 1968. Together, they traveled the world, going to Russia, Israel, Jordan, China, Vietnam, Cambodia, Malta, France, Spain, Italy, Greece, and other wonderful places. She was mother to two children: Maya Beth Townsend and Michael David Townsend.

Janis was diagnosed with MDS (myelodysplastic syndromes) on February 1 and began treatment on February 27. She was admitted to the hospital after a reaction to a routine platelet infusion on March 13. She went into cardiac arrest on March 21 while being held by her husband, David, in her hospital bed. From that time until her death on March 23, 2017, she was never alone and was accompanied by her husband David; son Michael; brother Vic; daughter-in-law Robin; nieces Alison and Colleen; and friends Marilyn and Monica. She died in the presence of her daughter, Maya.

We would love to read your memories and see your photos. Please share.

For information on MD, see www.mds-foundation.org.