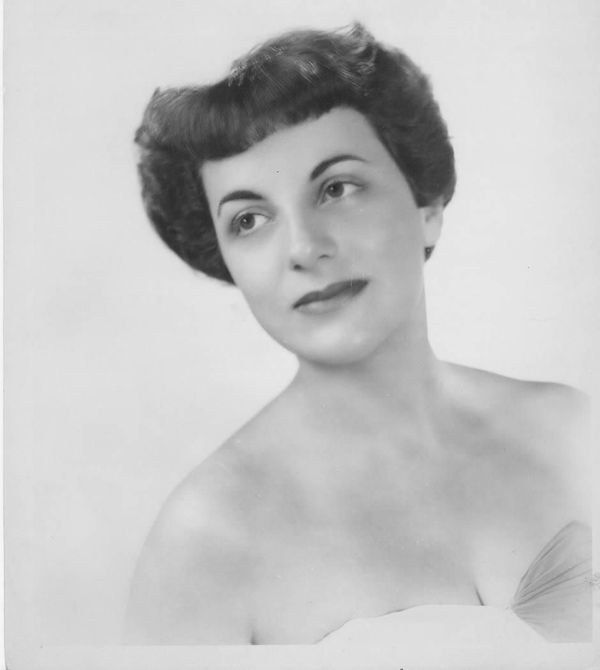 Yolanda Alexandria Massa was born on February 21, 1925 in Utica, New York – the nosier half of a set of identical twins, and the last of nine children to be born to Archangela and Luigi Massa.

Throughout her life, she would repeat that she couldn’t wait to get out of her home town –it was too provincial, too confining, too cold.  So, in 1947, at the age of 22, she fled to New York City to pursue an acting and singing career.   After securing housing at a residence for single women, she enrolled in the American Academy of Dramatic Arts.  There she met Richard Merritt Gerson, an aspiring playwright, whom she would later marry after a five-year courtship.

Together they would go on to participate in the bourgeoning off-Broadway theater scene.  In 1953, THE THIRTEENTH GOD written by Richard, was produced in the Cherry Lane Theater, a production, by the way, that would provide a New York City debut for the great actress of stage, screen and television, Geraldine Page.  The play, itself, was a production of The Living Theater, a collaboration between Julian Beck and Judith Malina, that would become a major force behind the avant-garde political theater of the Sixties.

Although never breaking into the big time, Yolanda made a living singing in clubs all over the city, such as the Cotton Club and the Roxy. For years, she sang at the piano bar at Mimi’s Restaurant, while also tending bar and waiting tables.  She kept her love of theater alive by working in it in auxiliary roles for over 40 years.

She was a woman of great theatrical force with an outsize temperament to match.  Her gales of passion were sometimes difficult to withstand but she was never boring.  She participated fully and joyfully in most of the events of her life, always livening up gatherings with her imitations, impersonations and frequent bursts into song.

She was inordinately proud of her two daughters and their accomplishments.  In later life, she was ecstatic at the birth of her grandson, Will. She was a vital presence in our lives and it will be hard not to have her there anymore to cheer on our endeavors. We take solace in the fact that a part of her is in all of us, as well as that of our beloved father, Richard. She will live on in us and be a part of us forever.

We'll be hosting a celebration of Mom's life in September at Green-Wood Cemetery's Historic Chapel, 500 25th Street, Brooklyn, NY which is near the R subway line's 25th Street stop. Should you drive, there is plenty of parking. Just ask the guard at the front gates where to go. We hope to see you then.

In lieu of flowers, consider donating a little something in Yolanda's name to the American Society for the Prevention of Cruelty to Animals.