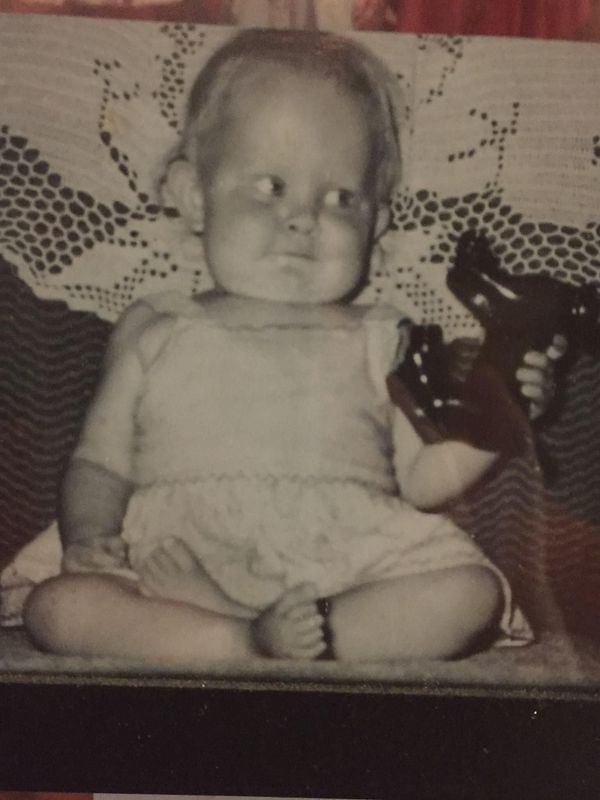 Lillian Fay Sperry was born on the first day of spring March 20, 1954 in Albuquerque New Mexico to Robert M and Lois Sperry. She was named after our Papa Joe's (Dad's father) sister. Her middle name Fay was for our Grandma Fay our father's mother. She was their second daughter with their first daughter Elizabeth (Betsy) having been born a mere eleven months earlier.

Lillian graduated from Highland High school in Albuquerque in 1972.

After that I do not know the exact timeline of all the events in my sister's life.

I know that she received a BS in Psychology which suited her personality very well. Lillian always wanted to know "why". Why you felt the way you did? She had a way of analyzing everything.

She was interested in helping you find what you loved about yourself and was quick to find something she loved about you. But I don't think this set well with some. Sometimes it is difficult for us to look at ourselves and many were annoyed by her.

Lillian regretted not marrying and she especially was deeply saddened she did not have children.

I am happy to report (Lillian loved to hear reports from you) she had a lovely relationship with a man named Clifford McComas and they spoke of marriage and tried for babies but it was not to be. Theirs was a friendship that spanned 30 years or more and continued until her death.

At some point in the late seventies or early eighties Lilian moved to the Denver area. Our sister Betsy was already living here and she and Betsy were roommates for a number of years. Lillian worked as a waitress for many years in the years she lived here and also during this time she worked at Alfalfa's Market where she made some good friendships. She spoke of Alfalfa's with great fondness.

At some point Lillian found a little mother-in-law apartment located in Englewood owned by a very nice elderly couple named George and Margaret. She lived there for 15 years or so. When the couple passed away they willed their home to Lillian. Unfortunately the will was contested. However, she did receive a settlement which she used to buy a house on some land in Taos, New Mexico. While in Taos Lillian started a catering business called Coyote Catering. She wrote a cookbook she named "No Guts No Glory". Lillian had a passion for cooking. She wanted nothing more than to create delicious dishes for others. Unfortunately she didn't really get a chance to cook for us. I regret not letting her do it more.

In December 1993 our father passed away from emphysema. This was hard for all of us. He was only 67.

Our mother had a series of strokes in 1994 or 1995. Lillian drove back and forth from Taos to help care for her. Eventually mom needed full time care and Lillian sold her house and moved back to Albuquerque to care for our mother full time. Lillian cared for mom until her death in December 1996. I am so grateful she made this sacrifice but I am not sure I ever really expressed this as I should have.

After our mother passed away Lillian decided to purchase our family home in Albuquerque. I'm not sure of the timeline but Lillian eventually began work as a Medical Technician. She also decided to begin training as an RN.

Sadly, this dream was not realized. Another regret she added to the list.

Lillian also lost her home on Palomas. This was a loss that affected her deeply and she was never really able to move past it.

In April 2014 our sister Betsy passed away. She was three weeks shy of her 61st birthday. It was a loss that was very hard for all of us but it affected Lillian very deeply. She was closest in age and had known her the longest of all of us. Lillian struggled with this loss up to the day she herself passed on.

Lillian and I had long conversations about what happens when a person dies. We spoke of our loved ones leaving things for us and visiting our dreams. She was very interested and intrigued by this.

In June 2015 my sisters Alice, Lillian and I made plans to take a road trip to Illinois to see our cousins whom we had not seen in at least 40 years. She was very excited to make this trip. At the bus station where she was going to get on the bus for the ride to Denver she fell and broke her hip.

Alice and I had to go without her.

Lillian was in chronic pain from her broken hip as well as some improperly healed broken vertebra and pelvis.

She had balance problems and had broken other bones due to osteoporosis over the course of the past years.

I spoke with her about moving up here to Denver. I think she wanted to.

Lillian struggled with regrets about many things in her life but was trying to make a conscious effort to move forward.

A few days after we found she had passed away my brother Joe sent a picture of a double rainbow that had just happened. This had special meaning because when Betsy passed away we found a poem that said to " Look for me in rainbows". This picture came at a time when I was really struggling with Lillian's death. I felt a certain peace come to me then. I knew she and Betsy were both doing okay.

A few days later three pennies were put into my path. And the next day a feather. Based on the conversations we had I know Lillian sent them to me. So I know she is doing fine.

Lillian Sperry was at her core and in her heart of hearts a kind soul who cared deeply about issues and people.

She loved to garden and had a garden out there when she died.

She loved dogs and and spoke often of wanting to get another one. She was owned by four cats: Charlotte, named after yours truly, Barney, named for a kind man we knew growing up, Precious and her sometime indoor/outdoor cat Clifford.

Lillian loved to laugh. She said our dad taught us to laugh. We always helped each other too. We always said we could hear our dad's voice saying "help your sister".

In the past few days I have found myself thinking of something I want to tell her and sometimes I go ahead and tell her.

I feel a strange kind of peace knowing that Lillian is no longer in physical or emotional pain.

I will feel her in the wind and see her in all the beauty that is nature. When it rains or snows she will be there. When the first flowers of spring arrive Lillian will be on my mind. She appreciated beauty in all its forms. And I will look for both of my sisters in rainbows.

We will honor Lillian by burying her ashes along with the special precious robe my mother made her so many years ago. We will plant a tree on top of her and surround her with iris' and tulips.

Rest easy sister. My friend. I loved you and I will miss you.

All Nature Has A Feeling

All nature has a feeling: woods, fields, brooks
Are life eternal: and in silence they
Speak happiness beyond the reach of books;
There's nothing mortal in them; their decay
Is the green life of change; to pass away
And come again in blooms revivified.
Its birth was heaven, eternal it its stay,
And with the sun and moon shall still abide
Beneath their day and night and heaven wide.

I've a date with a butterfly
to dance in the air.
I'll be singing in the sunshine,
Wild and free,
Playing tag with the wind,
Please don’t weep for me.

Lillian was a very kind soul. I remember sitting at my grandparents house when I was little, Lillian taught me how to draw coyotes. Just like the one she drew on her cookbook. I know you are at peace now and feel better. I wish you could have been at my wedding. I know you would have loved it. I love you. 💕

Lillian at the Botanical Gardens in Albuquerque on her birthday in 2016. 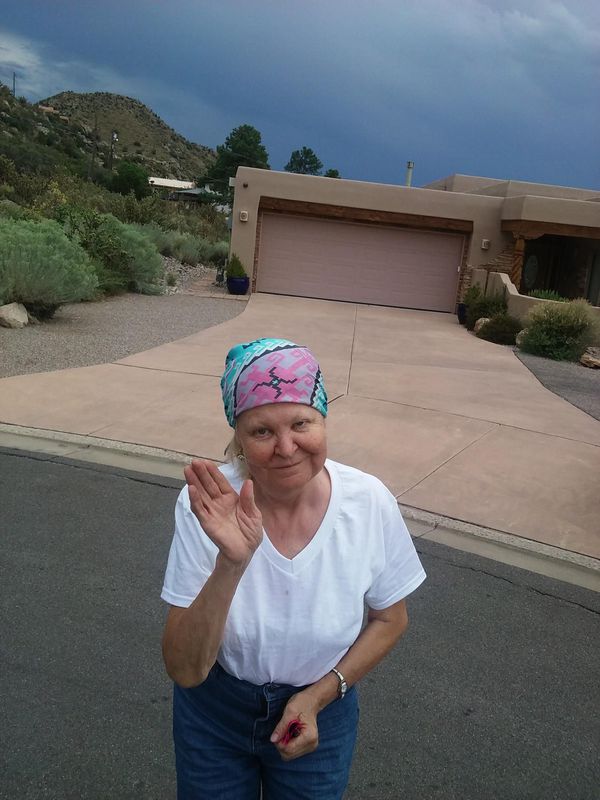