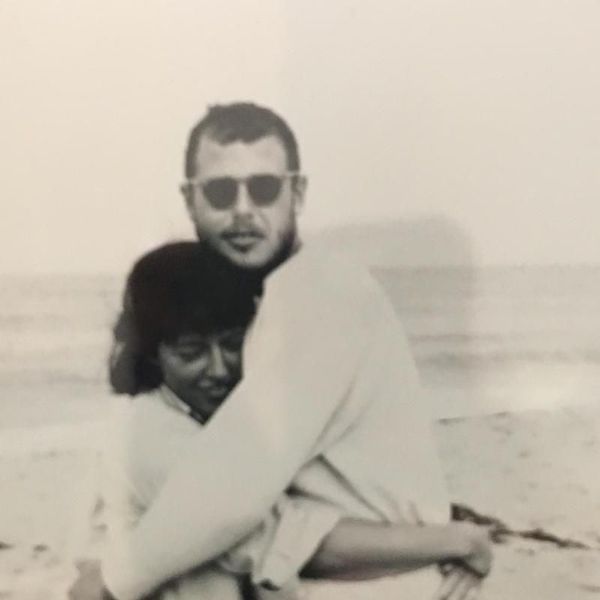 FOR LUCAS, JEN AND ALICE

Dick first entered my life when he came into our Core Class in the 11th grade to teach us the short story at The New Lincoln School. I don’t remember which short stories he talked about, or even what he said, but I remember very clearly that I was awestruck at what a wonderful teacher he was. New Lincoln gave students values that I have carried through my life: the importance of diversity and inclusion in the commitment to civil rights, the role that education in the broadest sense can play throughout one’s life for intellectual and personal growth, the importance of the arts. Dick and Joan, both of whom taught there, embodied those values. Of course, they didn’t tell me about what was going on between them, or much of anything else at New Lincoln, since I was a student there. But later, when Dick and Joan married on beautiful Cranberry Island, and Dick became part of our family, I felt then and always have how lucky I was and we all were. They both left New Lincoln, Dick to finish his PhD at Columbia and then teach English at Brooklyn College, Joan to study to become and then practice as an artist. Over the years, we would talk about the academic world, politics and cultural issues; Dick always asked probing questions, wanting to know what you thought about an issue, what you were doing and how dialogue could be engaged.

I had the privilege of talking to Dick almost every day on the phone last summer when Joan went to Sea Shore Point, and we shared quite a lot of thoughts, mostly quotidian, but not only. He told me many times how much he marveled at and admired Lucas, and how marvelous Jen was in his life. He spoke of the extraordinary support that you both gave to him and Joan over the years. And Alice brought complete joy into his life. Dick’s own care for Joan in the last few years of his life was nothing short of heroic; even when he began to falter last summer, he never stopped thinking about how to make Joan feel better. He kept the rest of his extended flock in view as well, John’s Ivan (and Lila) and dear Emily, and on our side Adam and Jacob, along with Sarah and Esther; his memory was razor sharp even when he hadn’t seen some of them in quite a long time.

It seems to me that Dick played music at all of our family parties; he played, and when we were all in shape, we always danced. It has been lovely to see how Alice kept up that tradition of dancing to Dick’s music. When Dick retired from teaching, his music became so central that I asked him last summer why he hadn’t become a professional musician, and he said that he didn’t think he could make a living doing it. But, I must say, his musical genius never left him, and Michael and I were very happy to have attended his penultimate concert last summer right in this room. When Michael, Jacob and I visited the week before he died, he still engaged us in questions and conversation that expanded the moment into an event. I brought music from the Rosenkavalier for him to listen to. He said he thought it the most beautiful opera, and broke down when he put the earphones on and heard the lush music. In the opera the Marschallin (a character who is coming to grips with the effects of aging and time) says: “All things must pass, like mists—like dreams.” Although it is difficult to think of Dick as truly gone, he lives on in the Jewish sense for those of us whom he touched through his life, his teaching, music and care for others.
WITH LOVE,