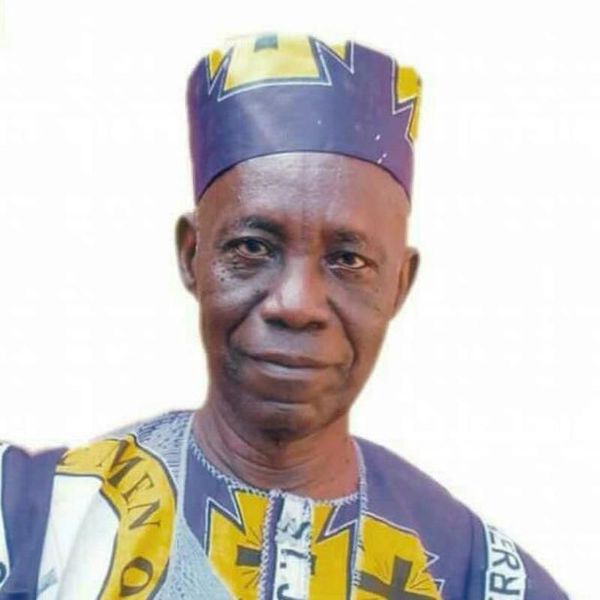 Gratitude for a beautiful experience

He was born in Asaba on the 21st May, 1941 to Mrs. Margaret Mgbeke Onukwu and Mr. Raymond Isitua Onukwu. He has his early education at St. Patrick Primary School, Cable Point, Asaba from January 1947 to December 1954. His quest towards becoming a teacher led him to St Thomas College, Ibusa in 1955 which was a renown Teacher’s Training College in Nigeria and graduated in 1958 at an early age of 17. From then, he taught at Ase and Asaba before his quest for further education took him to University of Nigeria Nsukka (UNN) in September 1963 and graduated in June 1966 as second set of graduates from the great university.

His teaching career started immediately after graduating from St Thomas College and continued after graduating from UNN in 1966. Then he taught at St Patrick’s College, Asaba between 1959 and 1963. But this was truncated by the Nigerian Civil War that started in 1967 and ended in 1970. He resumed at St Anthony’s College, Ubulu-Uku and taught till 1975 when he was promoted to a Principal at a very young age of 34 years. In 1975, he was posted to St. Kizito College, Utagba-Uno. During his stay there, he transformed the school into a world class school in terms of education and sports. The first and only world standard boxing complex in the entire Western Nigeria was built in the school. There, boxing legends like Peter Konyegwachie, Jeremiah Okorodudu and others started their careers which led them towards becoming Olympiads. Thereafter he was transferred to St Charles College, Abavo where he spent the better part of his career as a Principal-Teacher, Builder and Sports Administrator between 1978 to 1991. In 1991, he was transferred to Ika Grammar School which was the last school he headed. His stay was truncated due to a state appointment as a Zonal Inspector of Education in 1993. He retired from state service in 1994.

His Appointments, Recognitions and Awards

Between 1987 and 1990, he was board member, Governing Council College of Education, Warri. Between 1994 and 1995, he was appointed as Second Board Member Delta State Post-Primary Education Board. Prior to this, he was Zonal Inspector of Education between 1993 and 1994. In 1995, for his Contribution to the Education in Nigeria, he received the National Medallion Award-Principal Emeritus of Nigeria jointly with Mallam Ibrahim Shekarau (former Governor of Kano) who was also a renowned Principal.

As a Rotarian, he was recognized as Paul Harris Fellow and also District Governor Representative (DGR) for District 914 between 1990 and 1991.

As a Leader in the Church

From Abavo, where he was one of the founding fathers of the Holy Rosary Parish in its early days. To the recent times, where he led the Catholic Men Organization (CMO) at the diocesan level for Issele-Uku Diocese. He was also instrumental to the Cause to have an Asaba Diocese. He was the leader/initiator for the Movement for Recognition and Possible Beautification of Late Reverend Father Obodoechine Emechete, the first Catholic Reverend Father in West Africa.

As a Family Man

At home, he was loving family man, strict and guided his children along the right path. He taught them Service Above Self which coincidentally the motto of Rotary International. Above all, unparalleled organization and discipline in everything he did.

As a Sociable Person

He was a founding member of Falcon Club Asaba and Rotary Club of Agbor respectively.

Today, as we lay down his body to rest, memories of his life’s activities will remain alive deep within us. He was truly a man - leader, coach, teacher and a father not just to his biological children. We, his biological children gained twice based on these qualities. We thank the LORD for the experiences we were permitted to have with him and pray that his journey back HOME will be filled with Bliss and Joy. Amen. Farewell Dad!!!!!

My Principal, who I have the greatest respect and adored......May your soul rest in perfect peace