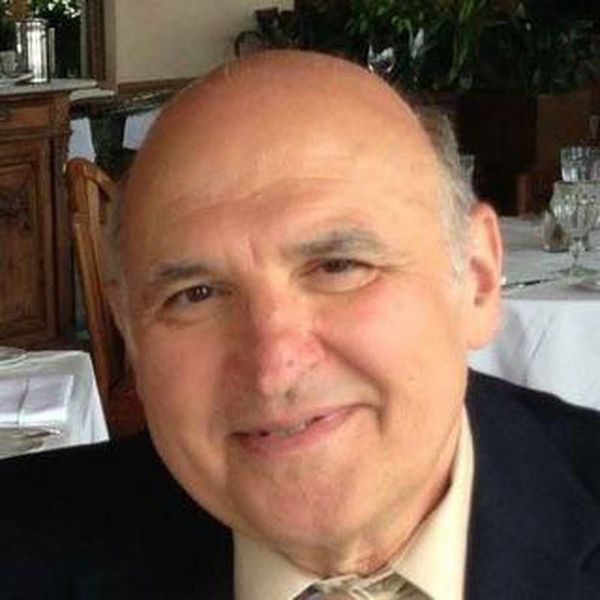 Vincent was married for 35 years to Linda Strangio, who passed away in October 2002. He was the father of Vincent, Laura Santagata (Nick), and James (Kellie). He was the grandfather of identical twins, Vincent and Nicholas, and Gianna Santagata and Skyler and Blake Strangio, all having been the joy of his life. He was the brother of JoAnn Luciani (Vincent) and Anthony Strangio (Susan). He is also survived by his sister-in-law Irene Vigotty.

In 2006, Vincent married Sarah K. Pitman, who passed away in 2015. He is also survived by his step daughters Susannah L’Eplattenier (Michael) and Gayle Pitman (Amy Tackett) and his step granddaughter Rowan.

Vincent worked as a project engineer for Procter and Gamble in Cincinnati, Ohio for 4 years before returning to New York University in 1971 to pursue his Ph.D. degree. He worked for ABB Lummus Global Inc, in Bloomfield, New Jersey for 26 years before retiring for health reasons in 1999. Dr. Strangio worked in the Technology Development Center where, over the years, he held the positions of Senior Development Engineer, Principal Development Engineer, Manager of the Pilot Plant Operations, and Manager of Operations.

Dr. Strangio was awarded 8 US Patents and several European and foreign patents. He was a member of the American Institute of Chemical Engineers and the Sigma Xi Research Honor Society for many years. He had authored many professional articles and technical reports relating to the company’s proprietary technologies.

A Funeral Mass will be held on Monday, March 26, 2018 at 10am at St. Rose of Lima Church, 50 Short Hills Ave., Short Hills. Interment will follow at Gate of Heaven Cemetery, East Hanover. There will be a visitation on Sunday from 2-4 & 7-9pm at the Bradley, Smith & Smith Funeral Home, 415 Morris Avenue in Springfield. For more info or to send condolences to the family, visit www.bradleyfuneralhomes.com. In lieu of flowers, contributions in memory of Vincent may be made to the American Heart Association.