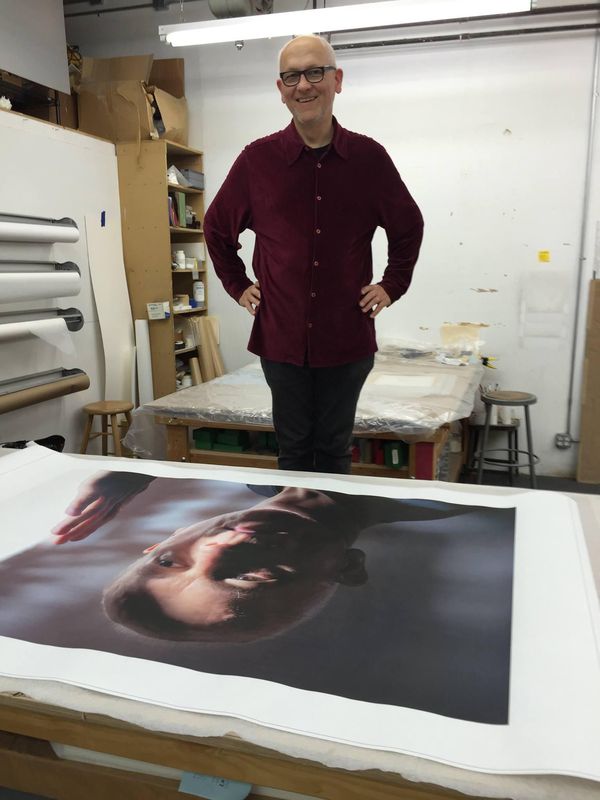 Thomas Simpfendoerfer was a husband and father survived by Leila, his daughter, and Lucien, his son, and Claudia Jungkunst, his wife. His central motto in life was “I serve them.” Love, and beauty were his central values.

He left his homeland of Germany to share his life in America with Claudia, and to produce his children. Thomas regarded his hometown Weikersheim with constant longing, and adored his parents tremendously, and they adored him, and gave him a wonderful start, pouring love toward him, and allowing him the freedom to become himself, and they witnessed his becoming in every detail.

He had a long hiatus from artmaking during the rearing of his children. When asked, he said: ”That book shut itself a long time ago.” However, a tremendous surge of suddenly discovered talent had already resulted in a career that appeared to be on the highest track in Germany, as well as a body of work as strange and provocative as it is wondrous, full of the wildest visions, as well as the simplest and most intimate portraits of persons, passion stirred in his work, longing, desire, and the quest, the ultimate quest that must in the end not be fulfilled. Thomas hated the US for many years, and for good reasons.

Thomas helped to support his household by means of digital illustration. Here again, he found the unfulfillable quest, and pursued it. He was always trying to learn a more difficult software program. He was named a top worldwide craftsman in his field. His impulses as an artist emerged sometimes in the results. He named his self-owned business Coherent Images, and he helped many with images of their own pursuits that they found of great use. In fact, even a month ago he sold the rights to one of his original images, and was satisfied again that he could still serve his family in doing so.

Thomas did a great deal of difficult pro-bono work for artists, creating some of the most wonderful artist websites one can find, employing the depth of his skills to add movements when artworks move over time, for example. He created logos for his friend's businesses, simple, beautiful, direct.

Four years ago, Thomas was diagnosed with a terrible cancer already found spread into his bone and the first doctor, the less competent one, said he had six months to live. Claudia and Thomas found a wonderful doctor, and he set about a long process of extending Thomas’ life for us, as well as the quality of his time. So many wonderful things happened during these four years. His talent re-emerged fully. He continued to craft himself and grew so tremendously during these years. Thomas changed his diet and continued to practice his yoga asanas. The movements of his mind were amazing to behold, breathtaking. He gave himself generously to his family and friends. He was honest, and capable of saying anything, always trying to ameliorate life for himself and for others. Thomas was very truly dedicated to love in the deepest and most passionate
sense.

He made some of his very finest artworks. And he made many, many trips to find himself where he is truly at home, in the culturlandschaft around Wiekersheim, in his loving parents' arms, and in the Gasthouses in neighboring towns. He lovingly captured his homeland in many photographs that are neither overly romantic, nor, in any way lacking passion of a very high order. His artwork also survives him, and we hope eventually it can find the audience waiting for it.

Thomas continued to find meaning in serving his family. He went on many trips with them. He helped Claudia design the life that lies beyond him, and oversaw the renovation of the basement for a rentable apartment. He took such great pleasure in being the man of the household, and crafting for Claudia clarity as to how to see what will lie beyond his life with her.

For the first new body of new and fully realized artworks he performed as the diseased body, making piercing and terrible images that serve all humanity, taking the true form of a universal discourse. He continued to make wonderful portraits that varied in character- in some, faces take a distant quality, like Mount Rushmore- stony and gorgeous. In others, the most lovely soft intimacy reveals his love for the subjects. In many, his Leila, his Lucien, and his Claudia are cherished lovingly.

Thomas assembled almost all his lifetime oeuvre into a pdf book that waits to be published. And Thomas mounted an exhibition. His disease photos were all printed on thin rice paper, and needled to the wall, as he wished for these to be taken by the viewer in tenderness. He reprinted his great large images that make up the wildest of his imagination, and his embracing of his own body’s tremendous beauty.

If we believe that our most real existence- our own- lies within the hearts and minds of others, then we know that Thomas will live on in us, he has changed us greatly, and in his own part, he has truly made us all who we are now, and in our bodies, we go on sharing what he gave us.

The world was a much better place with Thomas in it though, and we will miss his side of our thoughts and conversations dearly. I invite him now to haunt me, truly, this is my wish. 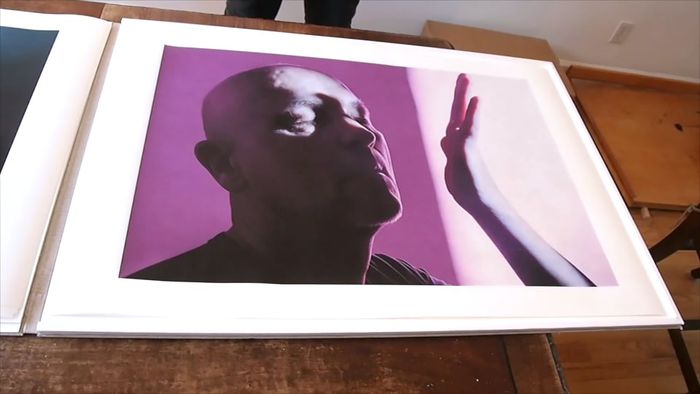 A video of Thomas talking about his work. 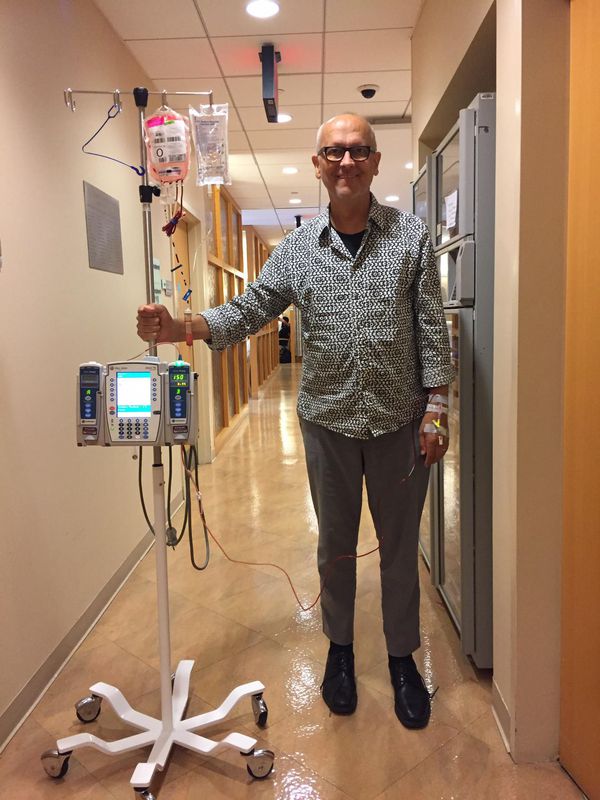 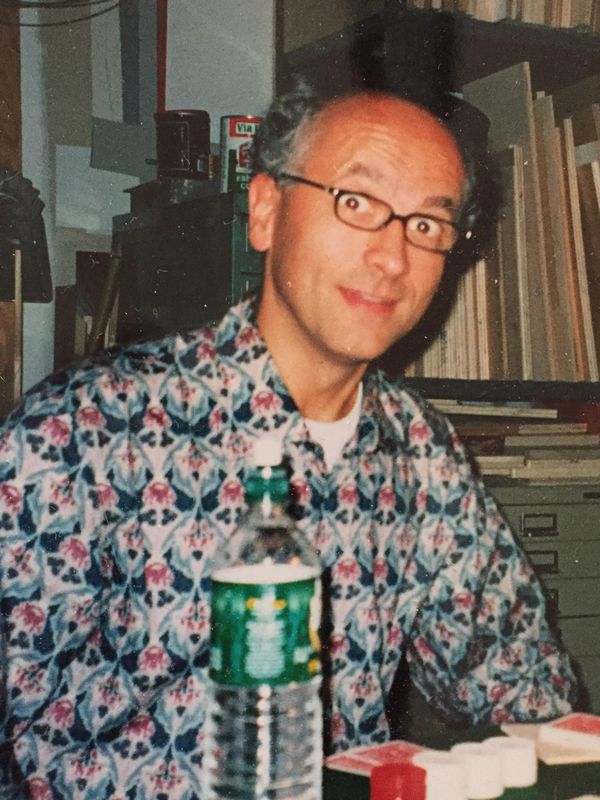 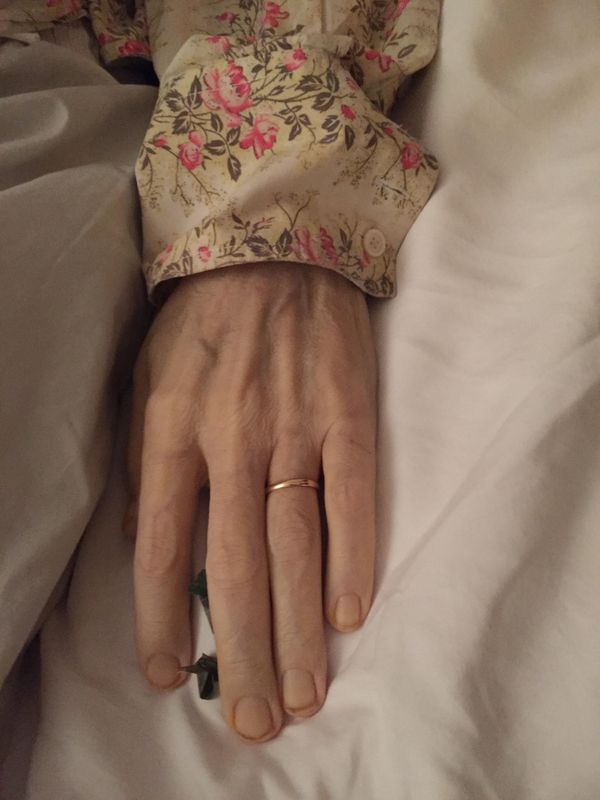 A beautiful, eloquent man whose company & humor I enjoyed. I knew Thomas through a good friend and met him on just a few occasions, including his last exhibit. But now I will long remember his artistry & intelligence thanks to the video document which captures so well the clarity of his creative & spiritual mind. A beautiful keepsake. Thank you. My condolences to his family and all near to him.

thank you for these words, Paul, which powerfully express the way many of us feel about our dear Thomas.