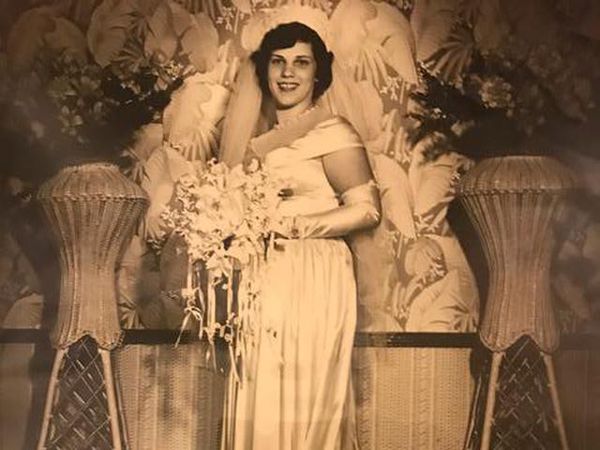 Esther Goldberg, 93, died in New York City of natural causes on April 22, 2018. She was born and raised in Brighton Beach in Brooklyn NY. She lived in Los Angeles for a decade before coming back to NYC. Esther was a crackerjack bookkeeper and great mother to her children.

Esther resided in Jackson Heights until the death of her husband Abraham Goldberg in 2007. She enjoyed sculpture and art during her life.

The funeral service will be held at Green-Wood Cemetery in Brooklyn, 11 a.m., this Thursday, April 26th. Family and friends of Esther are invited as well as friends of the immediate family. Please join us to honor Esther's life. Be sure to use the cemetery entrance at the intersection of Fifth Avenue and 25th Street in Brooklyn. We are bringing Esther home to the borough of her birth.

Sending love and solace and gratitude for the beautiful expression of your love. She seems like quite a gal!

I am going to miss your wonderful kind sweet Mom.
She was always so nice to me every time I would come over to your house to play.

My deepest condolences to everyone, and sincere wishes of strength to you all on this very difficult day.

I am so glad that we got to spend time with her last year.