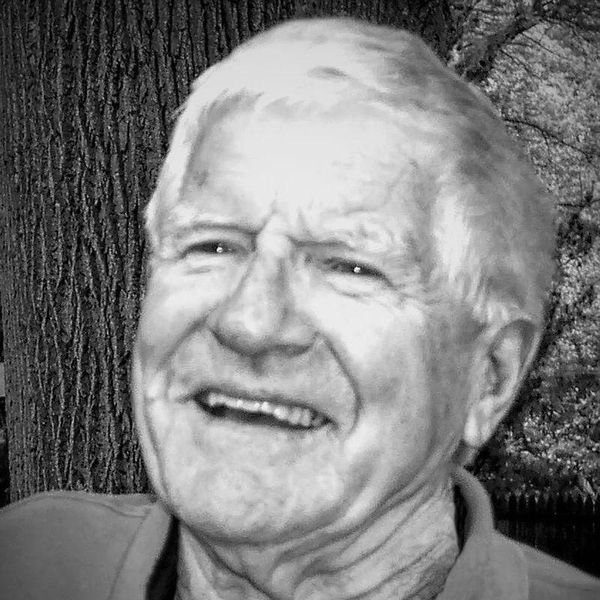 Ervin Hoag, 94,  passed away peacefully on May 19, 2018  at the Center for Hope Hospice in Scotch Plains, NJ. The funeral and burial will be private, though a celebration of his life will be scheduled in the near future.

Mr. Hoag was born October 12,1923 on Staten Island and attended Port Richmond High School. He went on to study Animal Husbandry and graduated from SUNY Agricultural College in Farmingdale, LI.  Shortly after college he joined the US Marine Corp, serving in the Pacific Front in World War II.  He was a member of the 3rd Marine Division that recaptured Guam as part of the Mariana Islands Campaign.  He served in North China as hostilities ended and the war was concluding, finally being discharged in 1947 as a Corporal in the US Marine Corp.

After the War, Mr. Hoag managed several dairy farms in NY and NC, including Elliott Roosevelt’s farm at Valkill, in Hyde Park, NY.  He had fond recollections of meeting up with Eleanor Roosevelt on her early morning walks around the farm.  Among his many memories on the Roosevelt Farm, Mr. Hoag could recall vividly the phone call on a snowy winter night from Elliott, requesting assistance for some visitors that had slid off the road.  To Mr. Hoag’s surprise, the car and guests he pulled from the snow bank that night were none other than Humphrey Bogart and Lauren Bacall, on their way to a party with Elliott and his wife, Faye Emerson.

Mr. Hoag established Chanticler Farm in Chatham Township in 1953. He was known as the “Egg Man”, delivering eggs and fresh killed chickens to the surrounding communities.  Over time the farm eventually evolved into Chanticler Farm Nursery.  Additionally, he often said his most enjoyable job was as bus driver, transporting a generation of Chatham Township students to the same Public School system that he had served earlier in his career.  He was actively involved in the community. He was a life member and was Chief of the Chatham Township Fire Department. He served as President of the Board of Education, President of the Board of Health, and two terms as Mayor of Chatham Township in 1971 and 1972.  As Chair of the Tree Committee, he was responsible for planting dozens of trees around the Township, including planting a hickory tree from his own nursery at the Hickory Tree Shopping Center.  In later years he was a trustee of the Adult School of the Chatham’s, Madison and Florham Park.

He loved nature, the out-of-doors, and enjoyed hiking locally.  He and his wife, Susan, traveled extensively throughout many National Parks in the US and Canada.

He was an avid reader of all genre of books and would often laugh as he pulled out one of his pieces of “useless information”.

Mr. Hoag was pre-deceased by his sister, Aileen White of Chatham and his brother, Martin of Vineland, NJ.

Erv Hoag lived a full life. He was a member of the Greatest Generation and will be terribly missed by all who knew and admired him.

The family is eternally grateful for the compassionate care given to Erv at the Center For Hope Hospice.

If you would like to remember Erv, please make a donation to the Center For Hope Hospice, 1900 Raritan Ave, Scotch Plains, NJ 07076, or his favorite charity, Smile Train, my.smiletrain.org/donate.