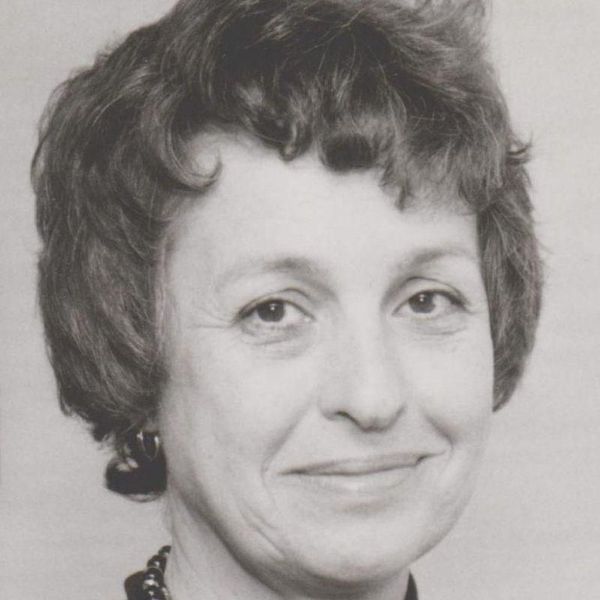 Annette Tomaino of Chatham, NJ passed peacefully on May 15, 2018.

Family and friends are invited to celebrate Annette’s life at a Memorial Service on Saturday, Jun 2nd at 10:30 am at the Cedar Crest Chapel on Cedar Crest Drive in Pompton Plains, NJ.

The daughter of Guido and Dominica Tino, Annette was born in 1935 in Torrington, CT.  She was raised in Danbury, CT. After graduating from Albertus Magnus College, Annette returned to her home town where she began her career in education as a French, English, and Latin teacher at Danbury High School.

In 1960, Annette married Bruno Tomaino, whom she had been dating since high school.  After teaching stops at the Short Hills Country Day School in Short Hills, NJ and The Hawken School in Cleveland, OH, Annette, Bruno, and their three boys settled in Chatham, NJ.

In 1970, Annette began what would be an 18-year tenure at Newark Academy in Livingston, NJ. Initially a French teacher, Annette earned a Master’s degree from Seton Hall University, and then moved into administration, serving as the Director of Admissions and later the Director of Guidance.  After the school began accepting women, Annette served as the Dean of Women. In recognition of her service, Annette would later receive the Distinguished Faculty Award.

In 1988, Annette moved to The Pingry School in Basking Ridge, NJ where she initially served as the Director of Guidance and later became the Assistant Head of School. Annette retired from Pingry in 2002, but continued her passion for education by helping develop the curriculum for the Willow School in Gladstone, NJ.

Annette was very active in several organizations serving as the President of the Middle States Accreditation Association, counselor for the Chatham Police Juvenile Conference Committee, Trustee of the Waterford, ME library, and Secretary of the McWain Shores Association.

Annette had a love of language, literature, and theater. She was an avid reader and completed the NY Times crossword puzzle every day.

For more than 50 years, Annette was a regular in the stands and on the sidelines of various sporting events. Whether watching Bruno coach or her children and grandchildren compete, Annette was a dedicated fan and cheerleader.

Annette and Bruno spent their summers and later much of their retirement enjoying the natural beauty of Maine. They enjoyed climbing mountains, cross-country skiing, and kayaking on the lakes.  Later in life, Annette learned to play golf.

Annette is predeceased by her Brother Guido.  She is survived by her husband of 58 years Bruno, her sons Christopher (Laurie), Gregory (Kathryn), Mark (Cyndie), and her grandchildren Michael, Kevin, Kimberly, and Hudson.

In lieu of flowers, contributions can be made to the Annette Tomaino Endowed Scholarship at Newark Academy or the Pingry School Scholarship Fund in her name.

To Annette’s beloved family, her husband, Bruno, and her children and grandchildren,
My prayers are with you at this time of deep sorry. Much consolation will come from the knowledge that Annette, while your beloved wife, mother, mother-in-law and grandmother, was also a valued and treasured professional for many of her colleagues. She touched many lives and influenced them in ways known and unknown. Many you gain strength from the achievements of her life.