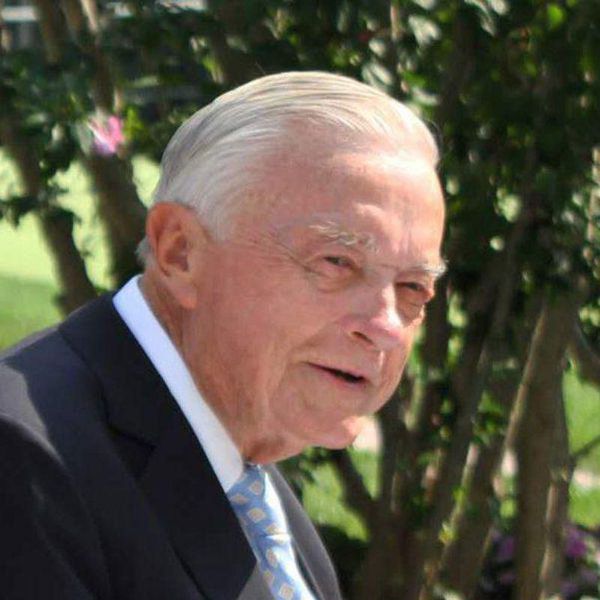 Born Frederick Hagadorn Rohn on April 26, 1926, in Newark, N.J. he grew up in nearby Hillside. His parents were Frederick Rohn Jr. and Evelyn Hagadorn Rohn, and he had one brother, Robert William, who died in 2014. From his earliest days he was interested in music, sports, especially baseball, and writing. When he was in middle school he met his future wife, June Chadwick, and they forged a bond that endured through 70 years of marriage, as they built, protected and led a family of four children and nine grandchildren.

During World War II, Fred served in the Navy while attending Colgate University, graduating a year early in 1946 with a B.A. in English and Journalism. Intent on pursuing a career in writing, he was accepted into Columbia School of Journalism but was deferred a year due to the number of returning servicemen. Newly married and eager to move forward with life, he completed an M.B.A in Accounting from New York University, became a Certified Public Accountant (CPA) and joined his father at the Newark accounting firm, Puder and Puder.

Fred had a long successful career in public accounting, eventually becoming a senior partner and management committee member at Touche Ross and Co. During this time, he wrote two books, including the award-winning accounting text, “So You Want to be an Accountant,” and a business consulting guide, “How to Make Your Services Worth More.” His professional success came from a razor-edge intellect that enabled him to think strategically and tactically at the same time. During this time he also served as president of the New Jersey State Board of Certified Public Accountants.

After retiring from Touche Ross, he began a successful decades-long second career as president of a venture capital firm, where he enjoyed investing in businesses and using his extraordinary vision and management consulting skills. An entrepreneur at heart, Fred loved to help businesses grow and was forever thinking of new ways to become engaged in young companies. He also served on the boards of many businesses and organizations, including Moretrench American Corp., Pratt-Read, Inc., Cornerstone Management Solutions Inc., The Brunetti Organization, and The Newark Group, Inc. In addition, he served as chairman of the New Jersey Historical Society, president of the Madison area YMCA and director at the Morris Museum. He also was president of the Gem Star Foundation, providing charitable gifts to many worthwhile organizations and seeking opportunities for making a difference. In between all of these activities Fred enjoyed summers with his family at Curtis Point at the New Jersey shore and winters with many friends in Longboat Key, Florida.

As he approached his nineties, Fred returned to his original dreams and embarked on a third career as a full-time author, publishing a family memoir and a collection of short fiction. He continued to write short stories for a second collection, composing them in his head at night and putting them on paper in the morning. He was especially interested in connections between people, focusing on what brings people together and sometimes tears them apart. In January 2018, Fred was featured on the front page of The Madison Eagle, with a video interview about his writing career that can be viewed at https://www.youtube.com/watch?v=GwhteS2ZzU4/

Visiting hours will be on Sunday, June 10, 2-5 p.m., at the Wm. A. Bradley & Son Funeral Home in Chatham, N.J. Following a private family internment, a service is scheduled for Monday, June 11, at 11 a.m. in the Webb Chapel at the Madison Presbyterian Church. All are welcome to attend and celebrate Fred’s life. In lieu of flowers, the family asks that contributions be made to the Morris Museum or the Madison Area YMCA.