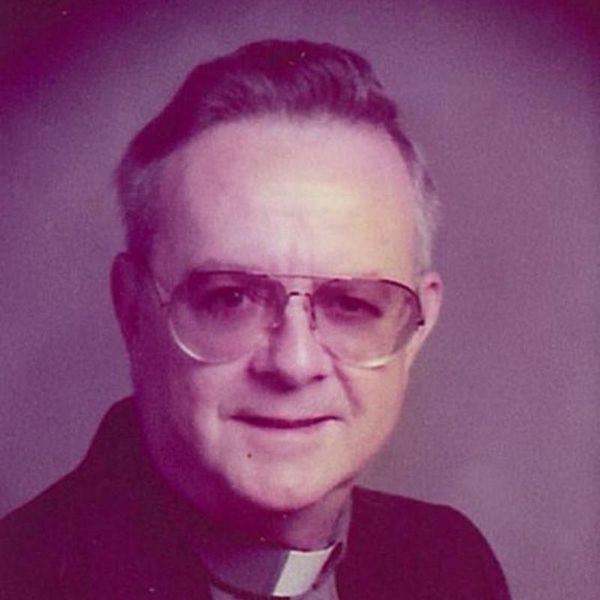 Rev. George L. Mader, Priest of the Newark Archdiocese, entered a new life on June 19, 2018. Father George Mader was ordained on May 23, 1959 at Sacred Heart Cathedral. He was graduated from Seton Hall University and studied for the Priesthood at Immaculate Conception Seminary in Mahwah, NJ. His first assignment was to St. Aloysius Church in Jersey City, where he initiated projects to provide food and clothing for the needy. In 1962, he was transferred to St. Catherine’s Parish in Cedar Grove, where in addition to regular parish duties, he contributed articles to the Catholic Advocate, a cartoon named, “Addie” the Angel. In 1963, Father Mader founded the Newark Liaison for lay volunteers in mission.

Through the office he recruited, screened and placed volunteer teachers, nurses, and doctors agricultrists, social workers, carpenters and others in areas of need. He traveled extensively throughout the United States, visiting volunteers and establishing programs for service. Father Mader was invited to speak at the Missionary Congress in Lyons, France and was assigned as Delegate to the World Congress in Rome, Italy. Due to the increased scope of both national and international programs, the office was renamed International Liaison for Foreign and Domestic Lay Apostolate, and a coalition was formed along with the assistance of Maryknoll.

The office was moved to Washington, DC. Father Mader remained Director until 1978 after appointing a lay director for the program. Today, fifty years later, the office is now named Catholic Network for Volunteer Service and is located in Maryland. There are currently over 170 programs for sending organizations and a countless number of volunteers have responded. In 1979, Father Mader accepted a post as Co-Ordinator for permanent Deacons and in 1979 the position as Secretary for Personnel in Ministry. He spent a sabbatical year, studying at Notre Dame University and continued to author articles on the Laity and Social Justice. Upon return to the Archdiocese, Father Mader was assigned as Campus Minister at Ramapo College in Ramapo, NJ. He established the first campus ministry office there and remained at the college until his retirement in 1993. He was named Director of the Msgr. James Kelley residence for the retired Priests and resided there until 2012, when it became necessary for him to move to assisted living at Emeritas in West Orange, and from there transferred to St. Ann’s Home in Jersey City.

During his assignments with the Archdiocese, Father resided at Paramus Catholic High School in Paramus, where he taught courses in Religion. He also resided at Our Lady of the Blessed Sacrament in Roseland, St. Joseph’s in West Orange and Our Lady of Perpetual Help in Oakland. Father Mader was pre-deceased by his parents, Anna and George Mader, his sister, Mary Delores and his brothers, Deacon Robert L. Mader and Charles E. Mader and sister in law, Erica. He is survived by his sister, Patricia A. Stalker and her husband, Alan, sister in law, Helen Mader, and many beloved nieces and nephews.

Visiting hours will be held on Sunday, June 24th from 4pm to 9pm at the Bradley Smith & Smith Funeral Home, 415 Morris Ave. Springfield, and Monday, June 25th at St. James the Apostle Church, 45 South Springfield Ave., Springfield, from 4pm to 7:30pm, with a Vigil Service at 7:30 pm. A Mass of Christian Burial will be held on Tuesday, June 26th at 10 am at the church. Interment St. Teresa’s Cemetery, Summit. In lieu of flowers, donations in Fr. Mader’s name, may be made to: Catholic Volunteer Network, 6930 Carroll Ave., Suite 820, Takoma Park, MD, 20912-4423, or Msgr. James F. Kelley Residence for Retired Priests, 247 Bloomfield Ave. Caldwell, NJ 07006. To send the family a condolence, please visit, www.bradleyfuneralhomes.com.