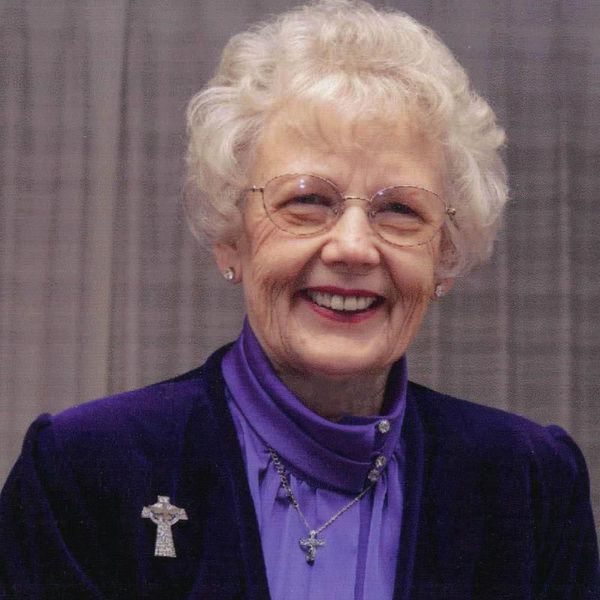 Harriet Peterson, longtime resident of Vancouver, WA, passed away after a long struggle with chronic obstructive pulmonary disease on Tuesday, June 26, 2018 at the age of 93.

Harriet was born Harriet Jean Wastun June 23, 1925, in Jefferson, Iowa, to Andrew Wastun and Audra Grummons.  Audra later married Clarence A. Green and Harriet was referred to as Harriet Jean Green.  Harriet and her mother moved to Long Beach, CA when Harriet was two.  Harriet met her lifelong sweetheart Sherman while attending Los Angeles City College and they married in March 1946.  They had three children -- Christina, Mark and Leslie.

Harriet and Sherman spent most of their years residing in Long Beach, CA and, upon Sherman’s retirement in 1986, moved to Vancouver, WA where they have since lived.

Harriet was a gifted pianist and singer, as well as seamstress and needle worker.  She was active in her church community, especially with volunteering on the quilting “brigade”.She enjoyed bird watching, working on puzzle books and playing billiards.

Her family will hold her dear in their memories along with the wonderful full life she lived that we were able to share with her.  Although she has gone to be with the Lord Jesus, she will always remain cherished in our hearts.

A service will be held at 2:00pm on Friday, July 20 at Glenwood Community Church, 12201 NE 72nd Avenue, Vancouver, WA.   In lieu of flowers, donations in Harriet’s honor may be made to Ray Hickey Hospice House in Vancouver.”