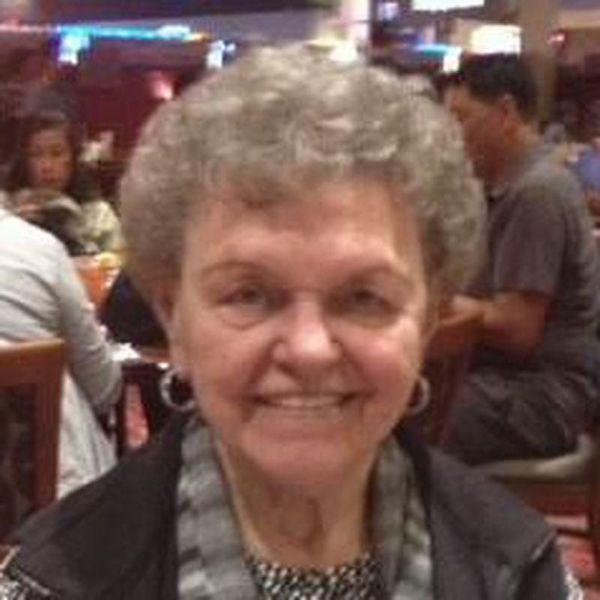 Amelia Teresa Wojciechowicz was born on Sunday, November 24, 1929  to Katherine and Adolf Wojciechowicz.  She was the youngest of six children, born boy-girl-boy-girl-boy-girl.   John-Stephanie-Edward-Florence-Stanley-Amelia.  Mom went to West Side High School, where she met dad after he came home from the Navy in WWII.  They were married in 1950.

Mom worked for a lawyer named Donald Jones until she became pregnant with the first of their three sons, Paul.  Soon after they left their apartment in Newark and bought a home in Union where she lived for 62 years. Neal was born a year later and Karl came along a few years after that.  Once Karl began school, mom went back to work for Emeloid Plastics in Hillside and then Madan Plastics in Cranford until she was 70 years old.

Mom was an incredible cook and baker, and she enjoyed entertaining in her home.  She also enjoyed trying new recipes and sharing them with friends.  Many of you have had a chance to try her items and taste those chocolate covered pretzels.  She also packed one suitcase of clothes and one with food whenever she went to visit her sons and their families in Los Angeles or Chicago.

Mom has been a continuous member of the VFW in Union, currently serving as treasurer.  She was a member of the Hillside Business and Professional Women’s group and the Hillside Lioness Club.  She has helped out the American Legion, and is a member of the Monday Club, the St. Michael’s Seniors Club, the Deborah Group, and a charter member of the Knights of Columbus Columbiettes.  She met many of her dearest friends in these groups.  In her senior years she developed a one-woman memorabilia show, “Do you remember when?” entertaining over a thousand seniors throughout New Jersey.

Mom cared for our grandparents when they were ill and took them into her home.  She also stood by dad and cared for him, through good times and bad times, for 18 ½ years from his original stroke until his passing in 2001.  She was very proud when she and dad celebrated their 50th wedding anniversary in 2000.

Mom also enjoyed traveling throughout the United States, particularly Hawaii, Atlantic City and Las Vegas, as well as Canada, the Caribbean, and visiting her children.  When Paul married Jane, mom was thrilled to have her first grandson, JB.  And she had tremendous pride that he served as a US Marine.

Be it mom, grandma, Aunt, great-aunt, friend–  She was the center of our family circle.  She was the queen of black and white outfits, her hair was always done to a “T” on Saturdays (and has never been dyed), her signature scent is “Shalimar,” and she will always be our “princess” among many other nicknames.  She was an amazing and incredible lady.  She often told us that she was proudest of her three sons.  For us she was simply the best mom we could ever hope for—we love you, Mom