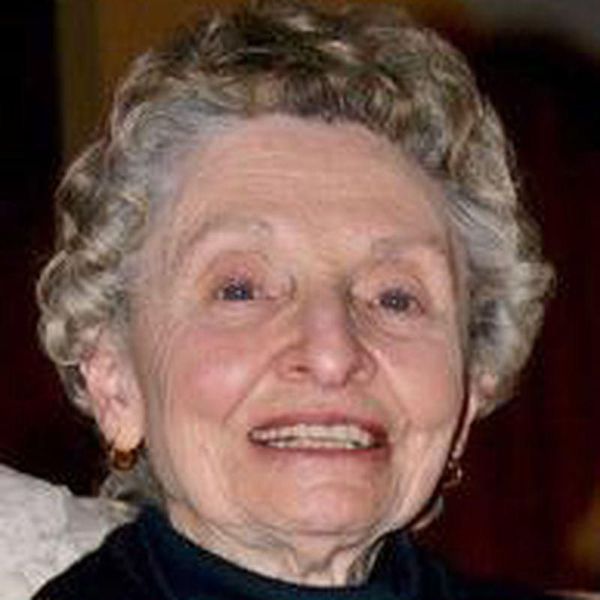 Jane Strangfeld, formerly of Chatham, died on August 2 in Bernards Township. She was 89.

Jane was born in Paterson on June 17, 1929, the daughter of Burritt Keeler Lawlin and Anne Marie Christopher. She grew up in Allendale, where her stepmother Sigrid Boe Lawlin and stepfather Paul D O’Connor were also important in her life. In 1949 she married John Robert “Jack” Strangfeld. They lived in Allendale and in Baltimore County, Maryland, then moved to Chatham where they lived for 53 years until Jack’s death in 2018. Jane and Jack raised four children.

Jane also counted among her grandchildren Nam Tran, who was born while her parents were living with Jane and Jack after coming from Vietnam. Jane was active in helping them and their family get established in their new life in the United States.

Over the years, she and Jack raised eight or nine Seeing Eye puppies, as well as providing homes for various retired Seeing Eye dogs. Jane also worked in the offices of the Seeing Eye as a volunteer.

When her children were mostly grown, Jane took up horseback riding. She was a daily presence for some years at Lord Stirling Stables in Basking Ridge, where she took lessons and rode, stabled, and cared for her horses.

After riding, Jane’s next hobby was weaving, which she started with determination when Jack gave her a loom for her birthday one year. She became adept and turned out all kinds of woven items for friends and family. She always had several looms around the house, even in her apartment at Fellowship Village.

Jane loved following the lives, interests, and accomplishments of her grandchildren, and always knew what was happening with all of them. They in turn all adored her. She was the honored guest at her grandson’s wedding the week before she died.

Jane was active for many years at Chatham United Methodist Church, where she served on the missions committee and was a long-time member of the prayer circle.

Jane was a fun and interesting person, an example of kindness and caring, and an inspiration to everyone around her. She was loved by all who knew her. She will be deeply missed.

Friends are invited to visit at Wm. A. Bradley & Son Funeral Home, 345 Main St. in Chatham on Friday, August 24th from 4 to 8pm. A Memorial Service will be held at Chatham United Methodist Church, 360 Main St. in Chatham on Saturday, August 25th at 10:30am followed by interment at George Washington Memorial Park in Paramus.  In lieu of flowers, donations in Jane’s memory may be made to The Seeing Eye, Inc., 10 Washington Valley Rd, Morristown, NJ 07960.