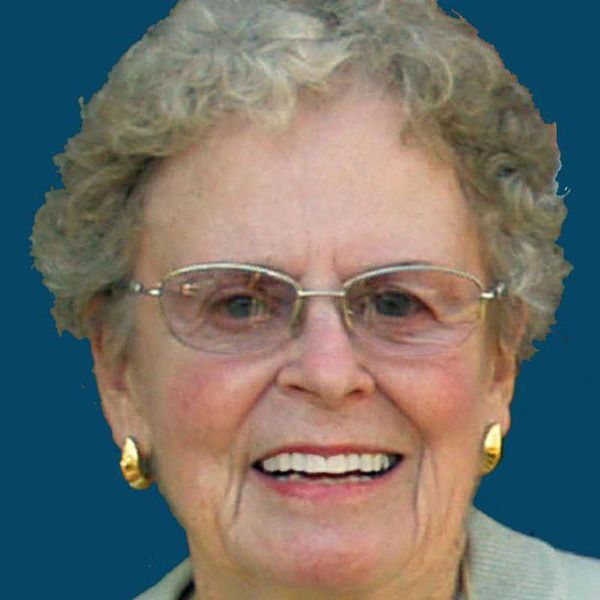 She attended Battin High School where she played the clarinet in the school orchestra. With her fine musical abilities, she was awarded “First Clarinet” in the City of Elizabeth Orchestra post graduation. It was there that she had the honor of playing directly behind Admiral Halsey in a parade following World War II. She worked, while in Elizabeth, at the city courthouse as a secretary. She met her soul mate, Otto W. Vopelius, during her teen years at the Jersey shore and married him on a blustery March 12th in 1949.

“Ot and Dot” moved to Chatham Twp. in 1953 where they resided for 62 years. In Chatham she worked at Lafayette Middle School as a secretary and library assistant. She was active alongside her husband in the Chatham Twp. Volunteer Fire Dept., supporting the fire company’s efforts whenever she was needed. She was an avid reader and loved words. Rarely could you find a missing word in the quickly finished crossword puzzles she enjoyed. She loved dancing with Otto, her family, the Jersey shore, swimming, and all kitties. She was a kind and gracious woman with great integrity. She and Otto moved to Pine Beach, NJ in 2015.

She was pre-deceased by her parents Walter and Edith (Stevens) Drummond and her sister Myrtle Deck. She is survived by her loving husband of 69 years, Otto W. Vopelius and her children William Vopelius and his wife Ann of Wolfeboro, NH and Karen Seeland and her husband Alan of Pine Beach, NJ. She will also be fondly remembered by her grandchildren, Jason and Laura Vopelius, Sarah and Chris Westfield, Elizabeth and Adam Cusmano, Maxwell and Jill Seeland, Madeline and Kevin Smith and Samuel Seeland. She is also survived by three great-grandchildren. Jack Warren Seeland and Carter and Chelsea Smith.

A celebration of a life well lived will be held Monday, September 17th from 10AM until noon at Bradley Funeral Home, 345 Main St., Chatham Borough, NJ.

Interment will follow at Fair Mount Cemetery in Chatham Borough.

Memorial donations in lieu of flowers can be made to the Alzheimer’s Foundation of America.

We were saddened to hear of Dottie's passing. She was such a happy, wonderful person. She, along with Otto and her children were a big part of our lives as we worked with Dottie and taught her children, Bill and Karen. Our deepest sympathy is wished to her family.
Love, Bob and Grace Gluck