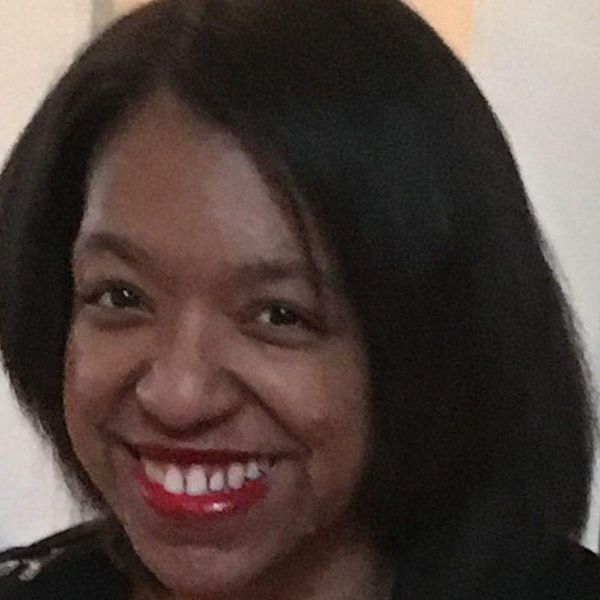 Lindsay Grain Carter was the daughter of Shawn Grain Carter and the late Richard C. Carter who predeceased her in 2004. She passed away from an MPNST Sarcoma as a result of the neurological disease Neurofibromatosis. Born in New Jersey, she graduated in 2009 from Columbia High School in Maplewood, NJ and earned her AB Degree from Mount Holyoke College in 2013 with a double-major in Religious Studies and African American Studies. In May 2018, she completed her Master’s Degree in Public Administration from Rutgers University while receiving cancer treatment at Memorial Sloan Kettering.

Lindsay was a distinguished legacy member of Alpha Kappa Alpha Sorority Inc. where she served as a Delegate at the North Atlantic Regional Conference in 2016. She was also a 4th generation legacy member of Jack and Jill of America, Inc. and earned the Distinguished Teen of the Year Award. She made her debut in December 2007 at the Greater Essex County Chapter LINKS Cotillion.

Lindsay cared deeply about social justice and volunteered at the Community Food Bank, Toni’s Kitchen in Montclair, and served an Americorps worker in California to pass President Barack Obama’s DREAM Act for immigrant students at UCLA and USC. Mayor Eric Garcetti of Los Angeles, awarded her with the Community Service Award for her dedication in 2015. As part of her commitment to government affairs, Lindsay worked for the Honorable Mila Jasey, Assemblywoman in the 27th District of New Jersey. In her last position, Lindsay worked for the Newark Mayor’s office Ras Baraka in the Department of Comprehensive Community Education as a Public Policy Fellow. Her Master’s Thesis analyzed Anti-Bullying Policies in the State of New Jersey School Districts to develop best practices for sustainable outcomes to help children face this public health issue more successfully.

Lindsay had a sweet personality with a wonderful sartorial wit. She enjoyed attending the opera with her mother and particularly liked La Traviata and Carmen. In addition, she loved Hip Hop, Soul Music, Jazz and Classical music. Her eclectic tastes included favorites such as Aretha Franklin and Sly & the Family Stone to Billie Holiday, Miles Davis, Thelonious Monk, and Sarah Vaughan. She would relax during her cancer treatments listening to Vivaldi and Bach while reading a mystery novel by Mary Kay Andrews or good fiction by Zadie Smith, Chimamanda Ngozi Adichie, or Jacqueline Woodson. Her love of books came naturally. She mostly enjoyed her summers on Martha’s Vineyard with her older cousins Thelonious, Sierre, Chris & Trace. Jumping off of the jetty and swimming at Lucy Vincent beach or catching fireflies at St. Pierre’s Camp or creating art at Featherstone Art Camp on the island were favorite past-times with Kelsey, Kai and Kole. Sneaking out of the house with Chelsea & David or riding the carousel to grab the brass ring at The Flying Horses in Oak Bluffs gave her great joy. She also loved her favorite food, French fries. Her Aunt Gale Grain Monk would treat her to homemade fries at Thanksgiving and her Uncle Todd would cook them when he visited from Seattle around Christmas with cousins D’Asia, Myles, Malcolm. She loved her family and always engaged in feverish debates about politics, world events, pop culture and society.

Lindsay was a wonderful daughter and great friend to all who knew her. She loved deeply and celebrated her 27th birthday with friends at Overlook Hospital Hospice Care when she was too weak to travel. Whitney, Jessica, Keir, Manny, Taylor, Zoe, Blake, Kathryn, Priscilla, Maddie, Lara and Mackenzie and other friends with whom she shared good times are truly the gifts of love that sustained her through difficult times. She always found the goodness in everyone! Lindsay’s smile could light up any room she entered. Her cousin Sierre did a makeover in the hospital and with assistance from Olivia and Thelonious IV, conducted a photo shoot in the gardens on the grounds. Lindsay never allowed herself to be defined by NF1 disease or cancer.

Lindsay was also a committed feminist and believed strongly in female empowerment for women and girls in America and throughout the world. She traveled throughout Europe and loved our mother/daughter annual trips to Anguilla, Turks and Caicos or St. Lucia. However, her favorite trip was a family sojourn to Cuba in 2017 where her physicians allowed her to travel in spite of her declining health. She cajoled the dining staff in supplying special orders of Mojitos and of course French fries with a side of Cuban rice and beans. She did the cha-cha-cha and loved visiting the museums and artist colonies. 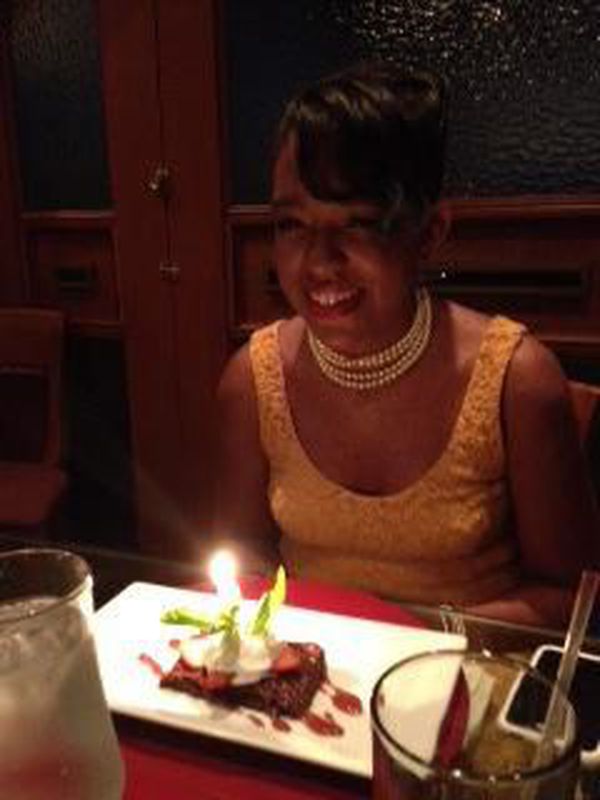 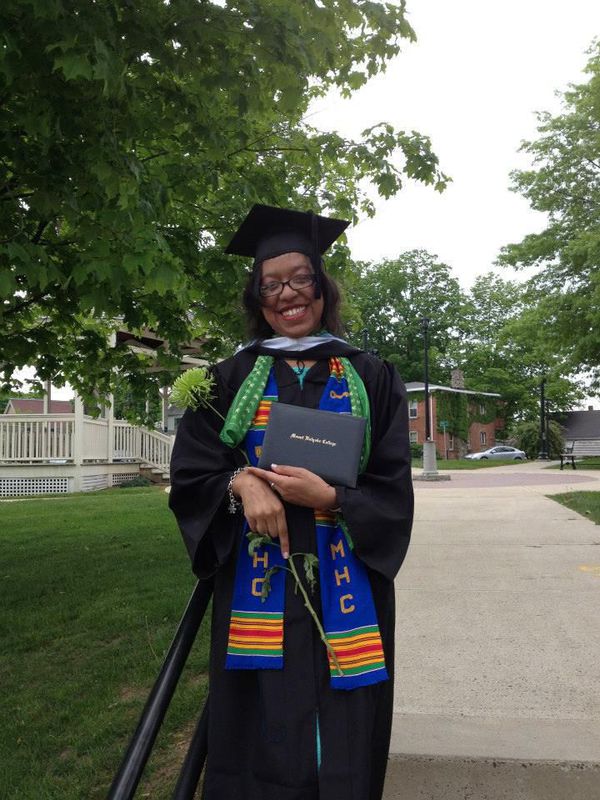 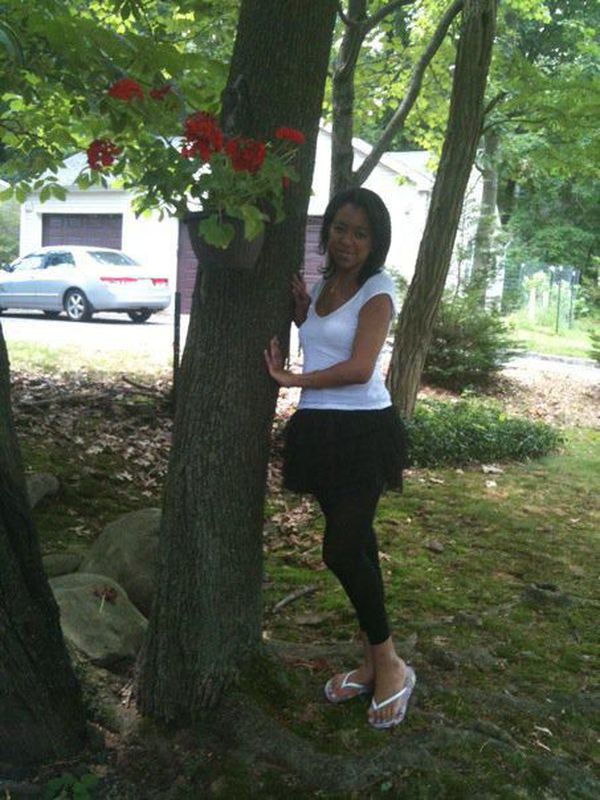 Shawn, my deepest condolences to you. This is Debbie, Toni's sister. Lindsey and my daughter, Kayla, used to play together at Toni's and Bethany. I knew she was going to be extraordinary since then. She always wanted to leave something of hers with Kayla. So giving ar such a young age. May her spirit bring you comfort during this difficult time

I am McKenzie Conner's aunt, sending love and condolences from all of McKenzie's family. Lindsay was a dear friend and an extraordinary Mt. Holyoke classmate. She made extraordinary contributions and had such an impact in her short time with us. She will be very missed.