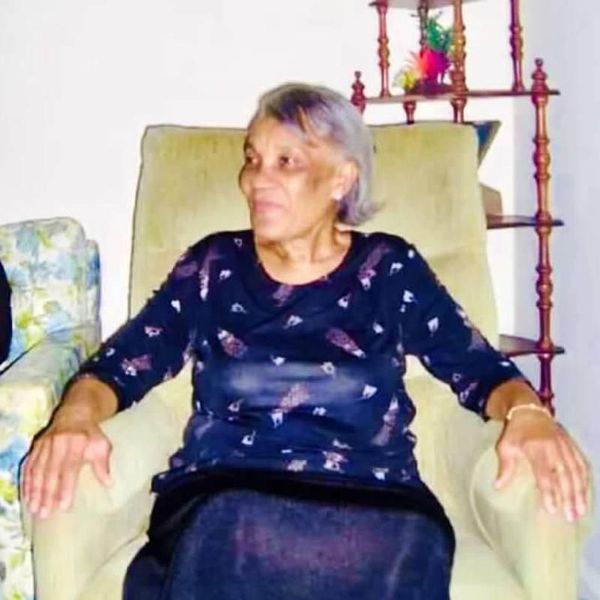 Mercelyn Rose (lovingly called Mama Rose or Mercy), 77 of Kingston & St. Andrew, Jamaica passed away Thursday Sept. 6, 2018 at the University Hospital of the West Indies. She was born in Mount Ogle, St. Andrew to the late William Rose and Iona Rose.

Mercelyn spent her childhood days in Mount Ogle and attended Golden Spring school. She moved to Kingston as a young adult and worked as a knitter. It was during that time she met her Common Law husband Mr. Joseph Richards. She spent most of her adult life raising her growing family and worked at the Heroes Circle Health Center and Pre School also known as “Vouch”. Mercelyn migrated to the United States in 2000 and spent 15 of the last 17 years with her children and grandchildren. Mercelyn spent the last two years in Jamaica between her home in Portmore and her Children in Kingston

She is survived by:

Over 20 nieces and nephews and extended family members and friends across Jamaica, United States, Canada and England

She was preceded in death by:

You will never be forgotten

We love you mom, always in our hearts, you give effortlessly and selflessly 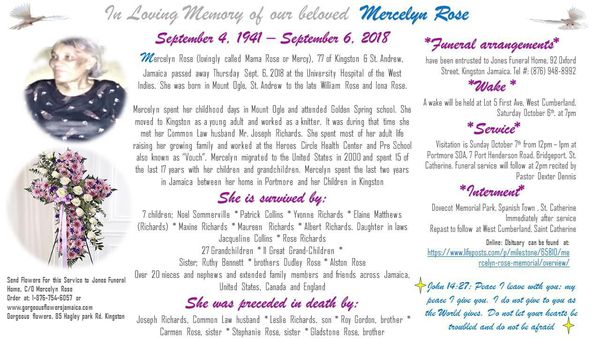