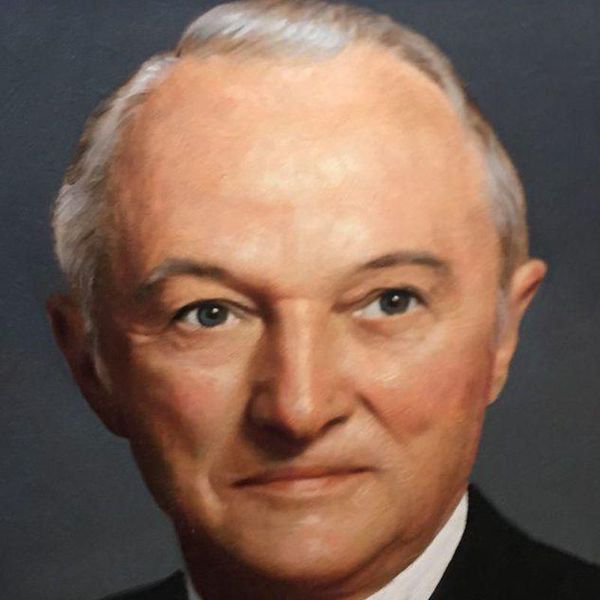 Robert Donald Thomson, 96, of Basking Ridge, NJ passed away peacefully on Wednesday, September 26, 2018 at Fellowship Village surrounded by his family.

Don was born on June 8, 1922 in Orange, New Jersey. He was the son of the late Mr. and Mrs. Henry Percival and Janet Wilma (nee Balmer) Thomson.

He was a graduate of Phillips Exeter Academy and a 1944 graduate from Princeton University with a BA in Political Science. Don served as a Field Artillery Unit Commander and later as an OSS Officer in the United States Army during World War II in the Asiatic-Pacific Theater.

Don enjoyed a wonderful and successful career in his chosen profession as a tea importer, eventually serving as both President and Chairman of Henry P. Thomson, Inc. In his leisure time he enjoyed golfing and was a long-time member of Baltusrol Golf Club. Don was an avid reader, sports enthusiast, and devoted supporter of Princeton athletics. Time spent with his adoring children and grandchildren were also among his life’s happiest moments. Don and his wife, Nancy, enjoyed many business-related and leisure travel adventures, both within the U.S. and abroad. He was also a long-time member of Chatham United Methodist Church.

Don is survived by his loving wife of 70 years, Nancy (Powers) Thomson. He was the father of Mary Elizabeth “Polly” Amici (Eugene) and Amy Rutter (Thomas) and cherished grandfather of Christopher J. Amici, Daniel T. Amici, Michael R. Rutter (Larissa) and J. Tyler Rutter (Carolyn) and great-grandfather of Thomas, James, William, Henry, Avery and Peyton. In addition, he is survived by his nephews, Thomas, James and David Kurtz. He was predeceased by his son Peter Thomson and sister, Janet Kurtz.