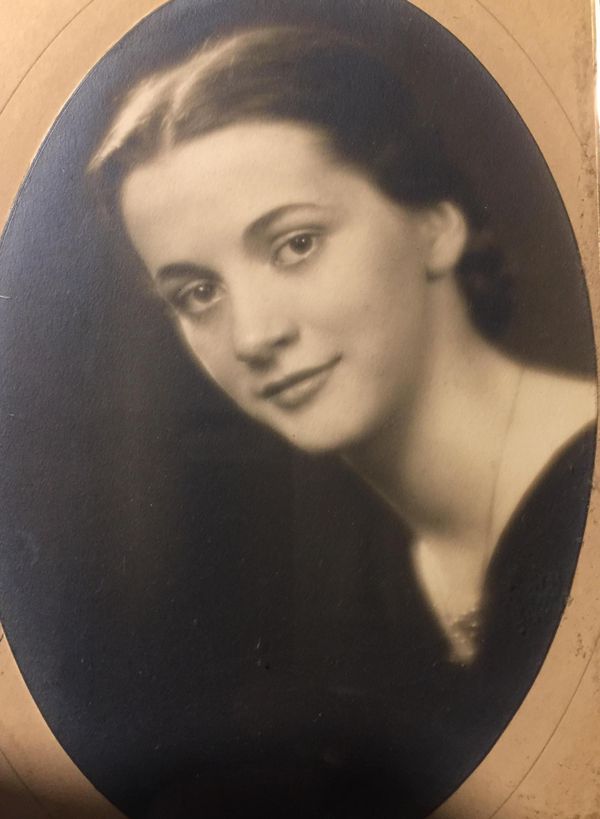 It is with great sadness that the family of Clotilde Cunningham Luce announces her passing on Thursday, November 29th, at the age of 96.

Clotilde will be lovingly remembered by her daughter Clotilde, her son John and his wife Kate, her grandchildren, Kristen, Charles and Benjamin, and their spouses, her extended family, multiple friends, neighbors and admirers across the country and abroad. Her family has agreed to follow Clotilde’s request for no memorial service, although there will be an informal gathering of family and friends in her honor in the future.

Born in 1922 in Washington DC, Clotilde has lived a full and active life of nearly a century, including working until she was 89 years old. She was the youngest of five siblings (1 sister and 3 brothers), all of whom pre-deceased her. Two of her brothers were tragically killed in WWII. Her mother (also named Clotilde) was widowed early (with daughter Clotilde only 4 years old) but managed to raise her children by taking in boarders during the depression.

Clotilde graduated from The Holton Arms School in 1941. She was universally acclaimed as beautiful, witty, athletic, musical and a favorite alumna of Mrs. Holton, who selected her as the Mistress of Ceremonies for the school’s annual alumnae dinner. She was admitted to Radcliffe College in the Fall of ’41 and in 1944 married William F. Luce, a Lt. Commander in the Navy in the Pacific theatre. Clotilde contributed to the war effort as a secretary for the OSS (CIA predecessor). She was entrusted with classified information, including the date and location of the major American-led troop deployment to North Africa (Operation Torch).

Following the war, Clotilde and William traveled extensively, while he was employed as an engineer with a global contracting firm based in NY. Her daughter Clotilde was born in Houston, TX and her son John was born in Guatemala. The family moved often (New Orleans, Levittown, NY, Akron, South Carolina, Fort Smith, Arkansas, San Francisco, and Cambridge, MA), and finally settled in Woodside, CA in the early 60s. After 23 years of marriage, Clotilde and William divorced in 1967. She moved to Manhattan’s Beekman Place in 1973, where she thrived, residing there for 45 years to become a beloved member of the neighborhood.

Clotilde was socially active for many years on both coasts, where she was a favorite guest of her dear friend “Bart,” Gualtiero Bartalini, who hosted salon performances of noted opera singers such as Leontyne Price and Placido Domingo. Instead of retiring in her 60s, she joined the well-known Neighborhood Playhouse School of the Theatre (East 54th Street) as their receptionist. The former head of the acting Program and renowned developer of the “Meisner Technique,” Sanford Meisner, loved to visit and chat with her in the reception area, as did many visitors and graduates of the school (Tony Randall, Eli Wallach, Colin Quinn, among them). For over 25 years she walked the four blocks daily to work until her 80s when she required public transport to get her to and from the School and Beekman Place.

From the beginning, Clotilde made a notable difference in the lives of the students, who came from all over the globe. She would mentor and assist them in ways far exceeding the duties of a receptionist. Years later, they would write or come in person to thank and hug her for helping them through the travails of adapting to New York and the demands of the school. Her voice, answering the phone and greeting students and visitors, remained notably young and vibrant. In her last years, she enjoyed sketching, spending time with family and playing the piano by ear, a talent she had her entire life. She is already sorely missed by all those in her extensive orbit who were loved and uplifted by her remarkable spirit. 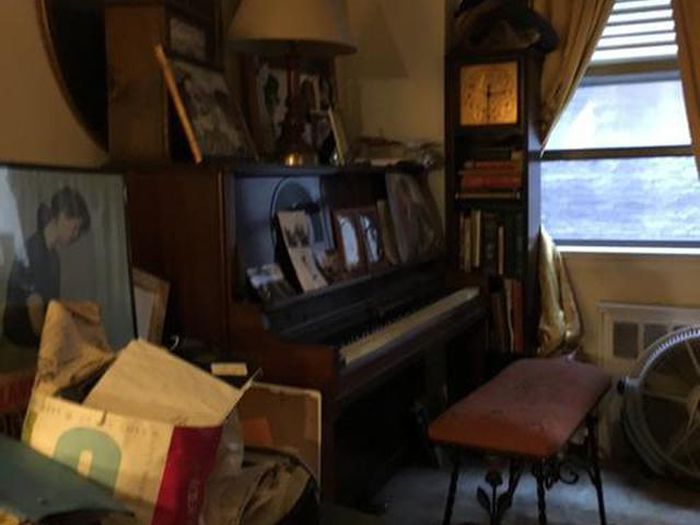 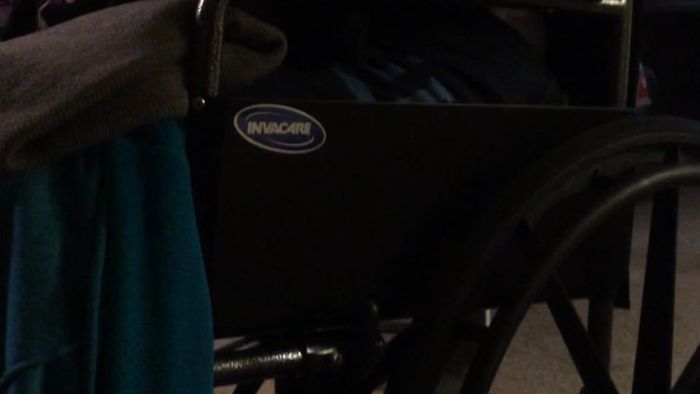 Here she is, reading a poem called "Jimmy to the Scarecrow," by her father Austin Cunningham.

I just discovered your notice. Clotilde was a good friend to G Scott Johnston, my father. Your mother invited us to California, she was a true Souther Lady. She entertained
two children for a week and my parents. Dad took us to NYC.to visit
your mother several times. I was a child so my recollections are from that perspective. Dad met Clotilde
through your father who was his university room mate. Clotilde was talented, gracious, very intelligent,
I will always remember Clotilde fondly. Marjorie M Denton ( nee Johnston )

My mom and I spoke to Mrs. Luce for many years. My mom has been trying to find out what happened for many months. Could her daughter or son Facebook me or respond. This is Angie Murphy.

Not sure of the date on this clip, but it's a classic Grammy Clo rendition of Pennies from Heaven with family joining in. 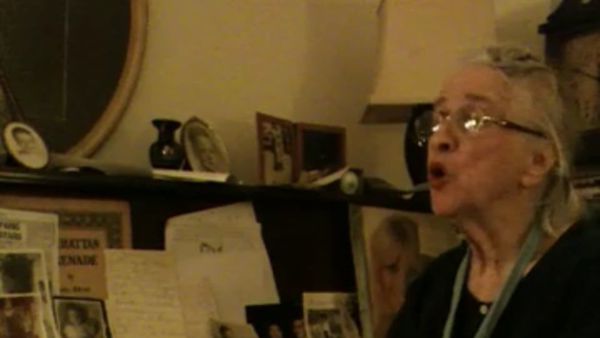 She adored elephants. Here is one of her drawings, sketched when she was 95 - 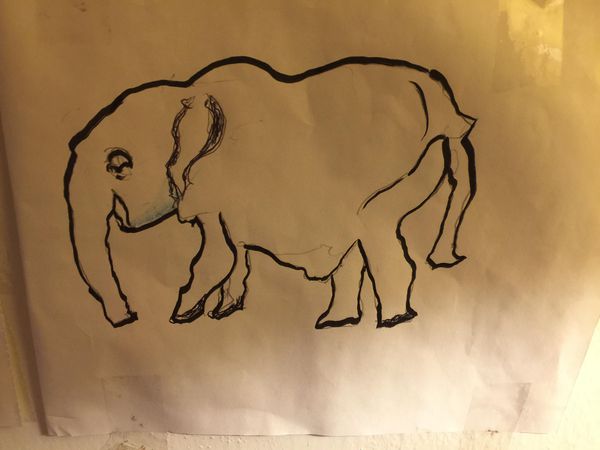 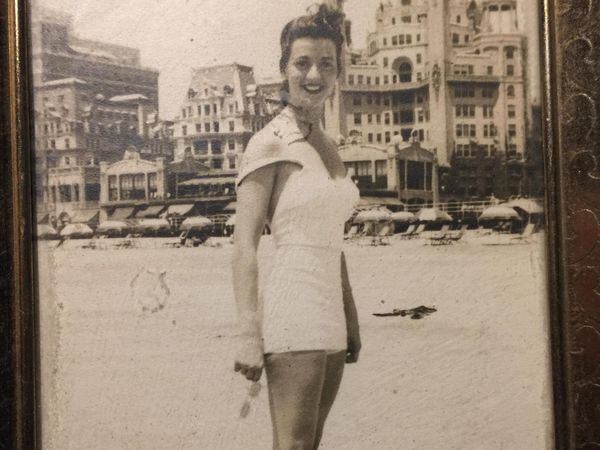