Henry L. O’Brien, 83, known as Hank, died peacefully in his home in Summit, NJ on December 27,2018 surrounded by his loving family after a two-year illness.

Hank was born in Elizabeth, NJ, of Henry O’Brien and his wife Henrietta Wethly O’Brien. At the age of 7, Hank contracted polio in the epidemic of 1942 and spent two years in the Children’s Country Home in Mountainside, NJ. Despite the effects from polio, Hank went on to join the Boy Scouts, where he acquired his love of nature, the great outdoors, camping and birds. He had mentors at the Boy Scouts that influenced the rest of his life. He attained the rank of Eagle Scout at the age of 15.

Hank graduated from Seton Hall University on full scholarship. He went on to a long and successful career in Marketing and Advertising at Procter & Gamble, Standard Oil of Ohio and McCann-Erickson Advertising where he retired in 1998.

Hank was an active and devoted father. He was a Boy Scout leader in Ohio for six years, leading a troop of boys including his two sons on monthly campouts and adventurous canoe trips in Canada.   Decades later, he became active in managing The New Jersey Youth Symphony as a way to participate in an important activity with his daughter.

Family and friends knew Hank to be a generous, kind and brilliant man. Many told of how he had mentored them, and others spoke of Hank’s generosity and kindness. He was known for his encyclopedic knowledge on almost any topic and his great love of birds, animals (especially his dogs) and the great outdoors. He and his family were fortunate to have traveled broadly, enjoying and treasuring their time together.

A memorial gathering in his honor will be held at the Bradley Brough & Dangler Funeral Home, 299 Morris Avenue on Friday, January 4th, 2019 from 6 – 9 pm.

A memorial service is to be held at Christ Church, 561 Springfield Avenue in Summit on Saturday, January 5th at 2:00pm.

In lieu of flowers, contributions in Hank’s memory may be made to The NJ Audubon Society, 9 Hardscrabble Road, Bernardsville, NJ 07924 or online at https://community.njaudubon.org/_page.aspx?pid=359.

To send the family a condolence, please visit: 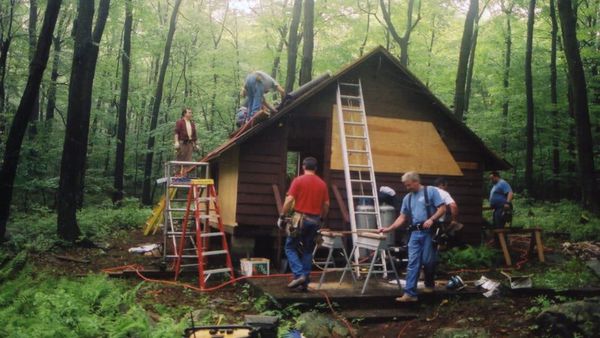