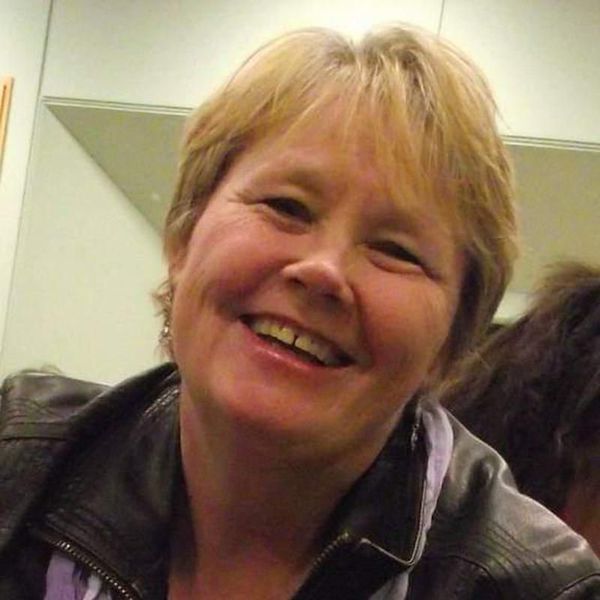 On February 21, 1961, a beautiful baby girl was born in San Antonio, Texas. Her mother called her Mary Michele Guthrie. She would soon be greeted by her siblings, who would call her sister.

She would be known by her middle name, Michele. To those who loved her, she would be called Micki. In middle school and high school, she was popular and admired by many. To them, she was known as friend.

At a young age, Micki married her first love, Billy Maynard, Jr., who would call her wife. In March of 1981, her family expanded with the birth of a baby girl, Amanda, and soon after, a baby boy named Jesse, after his dad. To them, she would be called mother.

She had an incredible yearning for knowledge, so it was only fitting that she made her way to college, finding her place at the University of Texas at Austin, where she was called student.

She loved to read; it was one of her true passions. She may have favored some more than others, but she rarely met a book she didn't like. It was no surprise that after graduating from UT, she would apply---and be accepted---to the PhD program at UT. While pursuing her PhD, she became a teaching assistant and taught some of her own classes. To her students, she would be known as educator.

During this time, Micki met and fell in love with Michelle Pope, who would call her partner. She was happier with Michelle than she had ever been. Their love was the stuff of fantasy come to life. It wasn't perfect; there is no such thing, but it was real and beautiful. M&M, as they were known, were inseparable---the best of friends though thick and thin. They ventured out to see the world together, going on vacations, cruises, flights, and trips.

When she wasn't out creating more memories, Micki busied herself creating artwork. Stained glass, fabric, canvas, paper... She learned to do it all. Draw, paint, color and create.

Micki's firstborn blessed her with her first grandchild in 1999 and from that day forward, she would be known as Nana. She went on to have five more grandchildren, loving them all dearly.

M&M dedicated themselves to each other in a civil union on their 10th anniversary. Micki would then be called equal. She had an affinity for romantic Christmas movies on the Hallmark channel. She wanted one more big romance in her lifetime. She got her wish when she legally married Michelle, the love of her life, on December 18, 2018.

Everyone may have called her something different, but we all loved her, nonetheless. On December 2, 2018, the doctor informed her that she had cancer. On February 3, 2019, just two short months later, she was called to her eternal resting place---having passed from complications related to the cancer. She shared her life and love with everyone she met.

A benevolent mother and nana, a cherished wife, a sweet sister, a kind friend.

A celebration of Micki's life will be held at Unity Church of the Hills, 9905 Anderson Mill Rd, Austin, Texas, at 1:00 pm on Saturday, February 23, 2019. In lieu of flowers, donations may be made to the Lung Cancer Alliance.