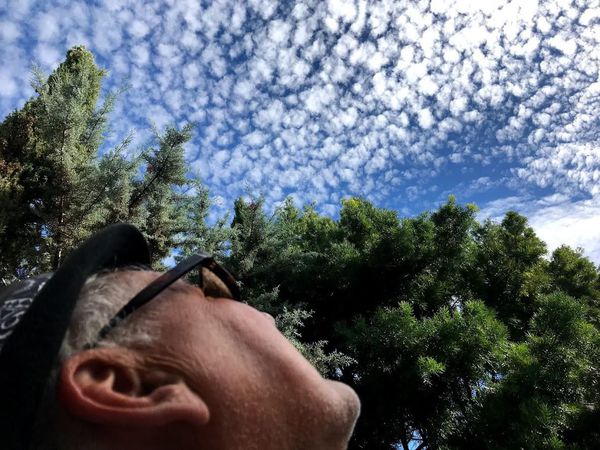 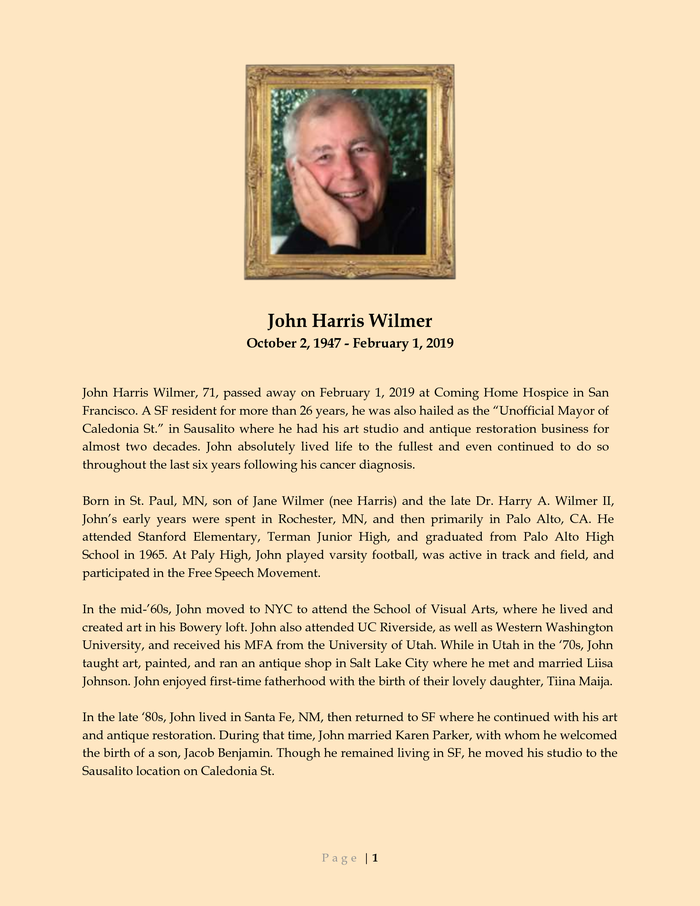 The last time John came to the Island

July 2017 John came to visit.
After visiting friends on Orcas he came to stay with Kimmy and I in our converted chicken coop guesthouse.
I provided him with a 1990 Toyota pickup...the classic island beater...fit him like a glove.

My daughter Audrey was having a birthday swim and barbecue party at my sister Margaret’s pond...lots of friends, kids, and all the Bells.
John took the best picture of the pond filled with kids playing.
We have a beautiful print of that photo in our house.
John captured another generation enjoying the dreams of my parents.

Our local July 4th parade was happening and I was planning to wear my pink pig suit and crash the parade.
I asked John if he would like to wear a chicken getup and join me in celebrating a great and famous American family...ham and eggs.
Without question John jumped at the chance.
What could go wrong?

I should mention the previous year I crashed the parade with a cart filled with giveaways for kids...toys, beads, flowers, large plastic house flys, etc.
It was an election year so the cart was decorated patriotically with signs on each side.
On one side “Hillary...NEVER...now more than ever.”
On the other “TRUMP...punching America in the face with a tiny little hand”
I thought it was “fair and balanced”.
It’s a small town, everybody knows me and nobody really cares...except for Tracy, the Parade Coordinator.
She takes her job seriously. Enough said.

So this year Tracy was gunning for me.
I’ve worn the pig suit before and I thought I would be safe because nobody knows it’s me and I can’t speak.
Add a chicken...what could go wrong?

I guess two big free range barnyard animals roaming the parade sidelines was Tracy’s tipping point.
First she had two minions herd us onto the sidewalk.
Then she tried to make us “stay”.
John said” lady...it’s a public thoroughfare and we’re using it”.
Then she called the cops.
I would love to have heard that call.
When the deputy approached us I screamed through my muffled pig mouth, “ Doug...it’s me...Scott Bell”.
He shook his head and laughed and walked away.

Who can say no to Ham and Eggs? 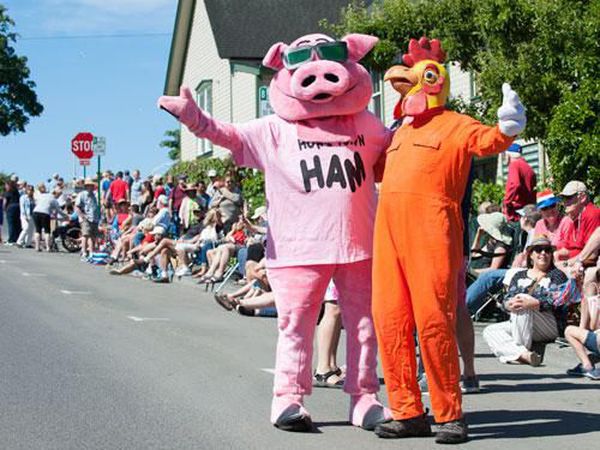