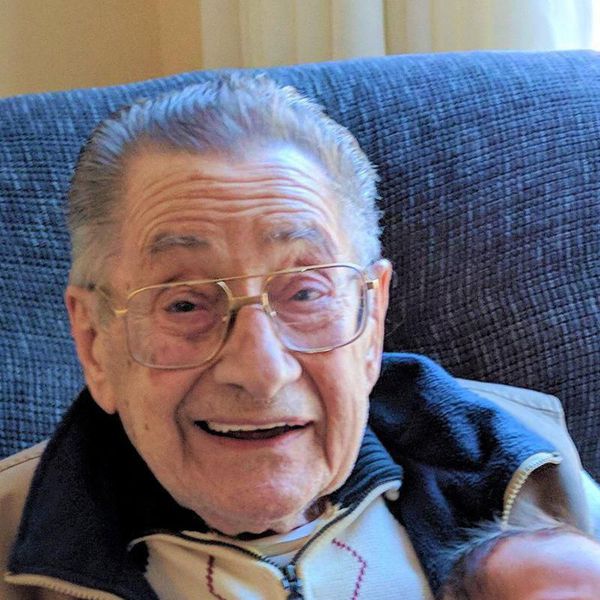 Vincent J. Scalera, 96, of Westfield, formerly of Springfield, passed away on March 22, 2019. Born and raised in Newark, Vincent lived in Springfield for 58 years before moving to Westfield in 2015.

Vincent was a veteran of the US Army and served during WWll. He attended Pratt Institute of Art in Brooklyn. He was a talented furniture designer and refinisher, who took over the family’s business, Louis Scalera and Sons, and later worked for Huffman Koos Furniture.  Vinnie also enjoyed theater set design and photography. He was a member of UNICO, the American Legion, and AMICO. The oldest of 7 children, Vincent was the well loved and respected patriarch, cherished by his children, grandchildren, great grandchildren, siblings, and many nieces and nephews.

A Funeral Mass will be held on Saturday, March 30, 2019 at 10am at St. James the Apostle Church, 45 S. Springfield Ave., in Springfield. Entombment will follow at Hollywood Memorial Park in Union. There will be a visitation on Friday from 2-4 and 7-9pm at the Bradley, Smith & Smith Funeral Home, 415 Morris Ave., Springfield. For more info, or to send condolences to the family, visit www.bradleyfuneralhomes.com

In lieu of flowers, donations may be made to the charity of your choice in Vincent’s memory.