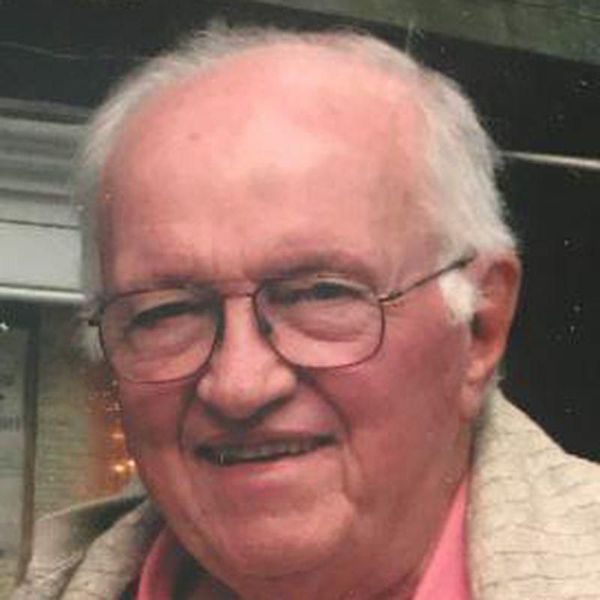 John Leslie Dugan, Jr., known to most as Jack, passed away peacefully on April 17, 201 at the age of 97. In his final days, he was surrounded by his family members and friends.

Jack was born in Elkins Park, Pennsylvania. A graduate of Swarthmore College in 1943, he immediately entered the United States Navy, serving on active duty until 1946. He continued to serve as a Lieutenant Commander in the U.S. Naval Reserve until 1961. After World War II, Jack attended Harvard Business School and earned his MBA from the University of Pennsylvania (The Wharton School). He worked for 25 years in business, primarily with Johnson & Johnson, and 25 years in non-profit institutions, including as president of The Greenwall Foundation and as founder and president of The Buck Hill Conservation Foundation.

Jack met his wife Barbara in Buck Hill Falls, Pennsylvania in 1946 and they enjoyed being part of that community ever since. Jack and Barbara raised their family in Short Hills, where they lived for more than 36 years. He served on the Millburn Township Committee, as a vestryman, warden and lay reader at Christ Church in Short Hills, and as a member of the Short Hills Club. They have lived in New Vernon for the last 30 years and Jack was an active member of the First Presbyterian Church in New Vernon.

Jack was an avid sportsman his entire life, and was especially active and accomplished in tennis, golf and paddle tennis.

A private interment service will be held for the family. A celebration of Jack’s life will be scheduled at a later date.