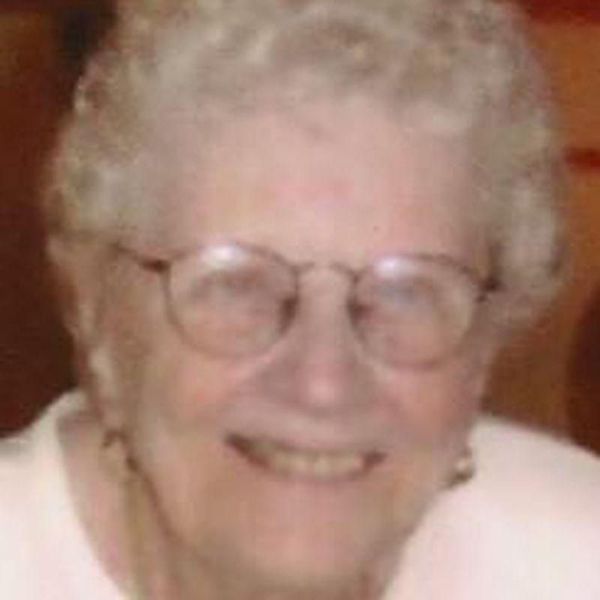 Margaret C. Slezak, “Peggy”, of Union, passed away on May 11, 2019, 1 day prior to her 98th birthday.  A Mass of Christian Burial will be celebrated at St. Michael the Archangel Church, 1212 Kelly St. in Union on Thursday, May 16th at 10:15am.  Interment will follow at Gate of Heaven Cemetery in East Hanover.  Friends are invited to visit at Bradley, Haeberle & Barth Funeral Home, 1100 Pine Ave. in Union on Wednesday from 3 to 7pm.  To send a condolence, please visit www.bradleyfuneralhomes.com.

Born and raised in Newark, the daughter of John and Mary Martin, Peggy graduated from East Side High School. She had lived in Union for the past 75 years. In her early years, Peggy worked in administration at Prudential Insurance Co. in Newark.  She later worked as a waitress at various local restaurants before becoming a sale’s clerk at Maxine’s Clothing Store in Union.  A longtime active parishioner at St. Michael’s, Peggy was also a member of the Union Seniors.  She enjoyed trips to Atlantic City, playing cards, and Bowling.  Peggy will be fondly remembered for her love and devotion to her family and faith.

Peggy was the beloved wife of the late Edward Slezak. She was the loving mother of Dorothy Silvia and her husband Vinny and the late Donna Davidson and husband Glenn.  She is also survived by her cherished grandson Robert Davidson.