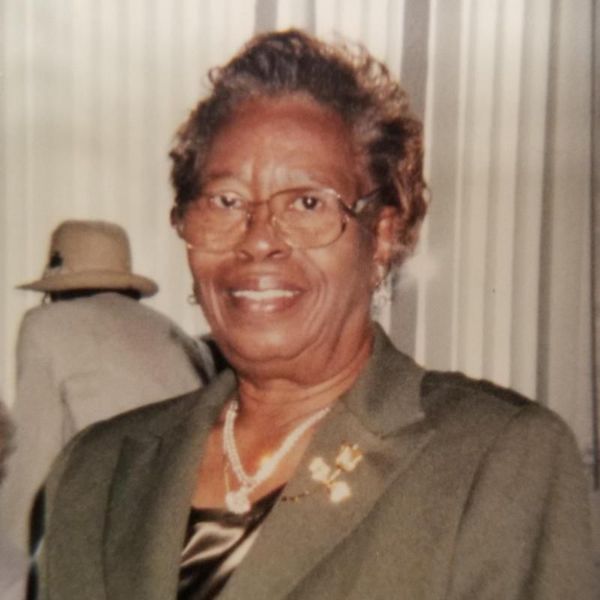 Leola Woods was born August 17, 1929 to Amos Spraggins and Cora (Petty) in Columbus, Mississippi with her brother Eddie James Spraggins (who preceeds her in death). As a child, she gave her life to Christ and was baptized a Believer. At an early age she had a son, Eddie James Spraggins, who precedes her in death.  He was, even in her last days, ever present in her thoughts and prayers.  Eddie was a great joy to Leola and was a great source of pride. She spent warm afternoons in Mississippi dreaming of one day, becoming an interior decorator. Evidence of her trendsetting eye for design was seen in the many collectors pieces she kept in her home.

In 1948 she married Charlie Mack Woods and they made their lives together on the Eastside of Detroit, Mi. There, her community became an extension of her family.  Leola found friendship in an amazing circle called the Queen of Tyree Chapter #35. She explored comradery, sisterhood, and unity. Over the years, she was loved and respected and became Worthy Matron, Sister Leola Woods.

The city of Detroit proved an exciting challenge. She found work as a housekeeper in what she called The Big Houses on the Water in the Pointes. Soon after, she worked to became a licensed cosmetologist in 1959 as part of the first African-American class from the International School of Beauty. She enjoyed her craft and was very good at it. People from all over Detroit came to sit in her chair. She helped other's beauty shine. Leola did not just coif hair, she encouraged her clients, gave sound advice, invited them into her life. She made her job a way to care for hair and for souls.

The whir of her sewing machine and the sound of NPR playing on her radio filled her home most afternoons.  "She made every A-line dress she wore, and she was sharp," her daughter-in-law Theresa Marshall recalls.

As a member of New Calvary Baptist Church for over 30 years, she was a faithful parishioner, she loved her church and she loved the Lord.