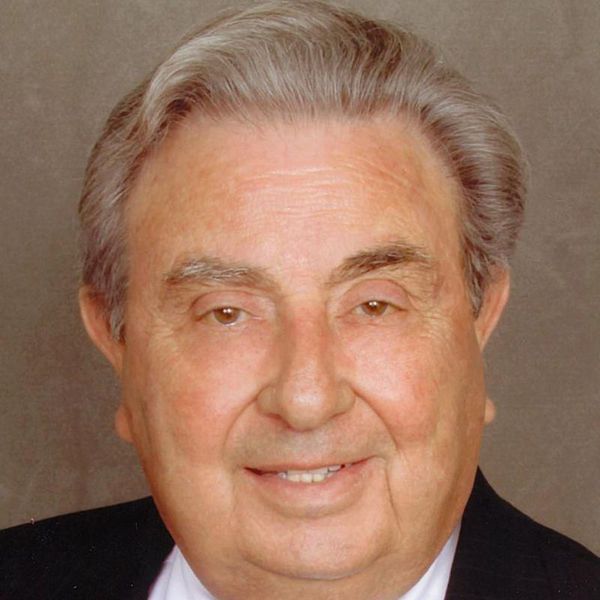 Peter Paul Perla, Sr., of Chatham, NJ, age 83, the cherished patriarch of his family, passed away peacefully at home on June 13, 2019, surrounded by those who loved him best.

He will be dearly missed each and every day by Angela (Ferlise), his beloved wife of 59 years, his children, Lori Nunez and her husband Benito, Wendy Aul and her husband Kenneth, Nicole McGuire, Peter Paul Perla, Jr. and his fiancée, Sarah Gall, his seven grandchildren, Christopher, Ryan, Pilar, Courtney, Sean, Heather and John, his sisters Loretta Nole and Joanna Grieco, and many nieces and nephews, extended family and friends. Peter was predeceased by his parents Rocco and Paola Perla of Newark, NJ, sisters Esther Galante and Leanella Valeri and son-in-law William McGuire.

Peter’s light burned the brightest in the presence of his family. He lavished his time, encouragement and abundant affection on them — whether it was taking a break from a busy work day to attend a school function, where he made sure his family member knew he was on the scene via his signature enthusiastic waving, or simply reaching out by telephone to say “I love you” or “how was your day?” When his son in law sadly succumbed to cancer, Peter stepped in as active caregiver and constant in the life of his young granddaughter, driving her to and from school with stops at McDonald’s for fun and heart to hearts.

Peter never met a stranger because of his infectious grin and great sense of humor. The kindness and compassion in his heart runneth over. If someone did not have their own family, he welcomed them into his. At the home of Angela and Peter, the coffee was perpetually on and there was always a place at their dinner table for others.

Peter was in the computer field for more than 25 years before embarking on a new career as a compliance officer for Prudential, from which position he retired after 15 years.

Peter’s family and friends will remember him for many things. His honesty and determination to keep the promises he made. His faith and devotion to his church. His delight in making Christmas come alive – the decorations, tree and intricate Christmas village scenes were in place at the earliest his wife would allow. Every year in his Santa suit, Peter visited his grandchildren to deliver holiday pjs, a tradition that is continuing with the next generation of Perlas. Peter will also live on through the beautiful and meaningful photos he took chronicling the lives and significant events of his loved ones.