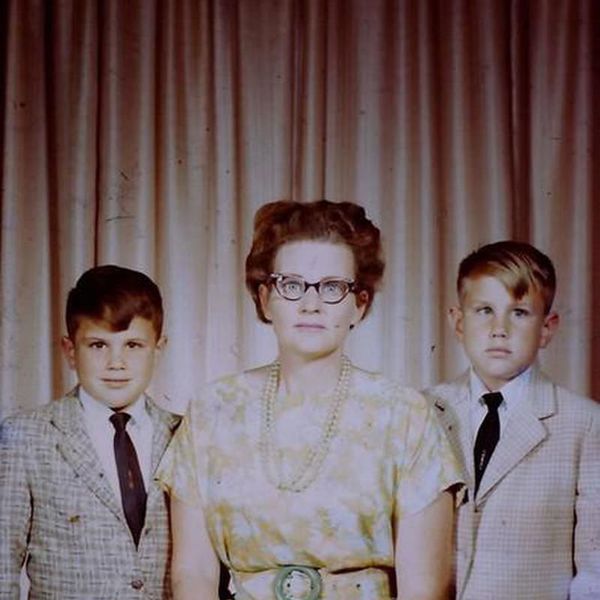 My mother was evil, from early childhood to the day she died. She wrecked so many lives that its like a hole without a bottom, her parents Lester and Laura Miller were plagued with her lies, her backstabbing. My father John Walz was her sole hatred in life, he abandoned me to stay with her and become her personal verbal punching bag, and mental anguish I went through was everlasting, non stop, destroying my life. My mother gave my brother husband of Dee Miller everything, and all I got was nothing. My brother is selfish, greedy, uncaring, and he got my mothers estate, everything.

My mother has two siblings, Richard Miller husband of Ellen Miller and Marilyn wife of Don Corky Bolles both siblings were plagued with my mothers lies, hatred, and my mother alienated them from me. I was the family joke, everyone thought it was funny me being a social reject. But what really is bad is my Uncle Richard turned his back on me, a pious man of Christianity, my father John Walz abandoned me, and my grandparents Lester and Laura Miller ignored me.

I needed to set the record straight, just for my piece of mind that my mother hated me, and when she died she was alone, no fanfare, no love, nothing but a cold heartless death. At Glen Abbey Memorial Park.

John Miller (Walz), my brother, Geraldine's son who got everything from Geraldine, all of his life he was coddled, mothered, smothered, by her. Geraldine gave my brother John tools, free room and board, trucks, everything until he moved out in 1990 (40 years old). Even after he moved out Geraldine still gave John everything he wanted, cooked his food, cleaned his clothes, did everything for him. John turned out to be short tempered, spoiled, selfish, alone, unable to do anything without his mother's guidance. Look at John, a dirty, disheveled, shell of a man who can't even take care of himself.

When I turned 19 years old, Geraldine kicked me out of the house, I was a: immature, co dependent, useless human being, who struggled in life indefinitely. I never got anything from Geraldine, everything was Johns, I ended up wandering throughout life. John ended up getting her money, property, everything, set for life.

My father John Walz was verbally abused from Geraldine for ten years, one day he just walked out on her, and her abuse. John Walz knew Geraldine would abuse me (David Walz) and abandoned me to be Geraldine's abuse, destroying my life with abuse. John Walz is a coward, he is a weak human being who doesn't have any balls, he abandoned me and his visitation was only every other week, Saturday and Sunday, he was embarrassed of me, and he wanted nothing to do with me. John Walz had a new family, and I was a piece of trash thrown away.