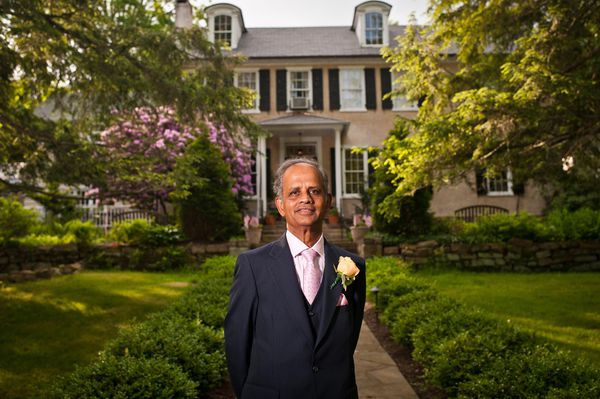 Ashok was born in 1940 in the Dadar section of Mumbai, India, to his parents, Shanker and Sarojini Mantri. His home was a bustling one filled with the love of his parents and his siblings - Kunda, Megha, Bharat and Manda. His siblings remember him as an accomplished athlete as a child - recalling local sports competitions where he won many awards. After completing his primary education he went on to study architecture at the Bandra Academy of Arts in Mumbai, India where he received his degree in Architecture in 1963.

After completing his studies he worked for an architecture firm in Mumbai for a few years. In 1969 he moved to the Clapham neighborhood of London to start his career. He began working as a draftsman and started a lifelong habit of ordering fish and chips whenever it was on any menu. He enjoyed playing for various cricket teams where he often played as batsman. He returned to Mumbai in 1971 where he met and married his wife Sheela.  Soon after marriage, Ashok set off on another global adventure - this time to New York City. He worked tirelessly in order to earn enough to afford a proper home for his new wife. He achieved this goal in 1972 and Sheela was able to join him to begin his family. His eldest daughter, Resham, was born in 1977 and Maya followed in 1982 - both born in their Forest Hills neighborhood of Queens, NY.

He loved his work as an architect and in his spare time would stop at every beautiful building he passed to comment and take photos. He could never pass by a construction site even, without stopping to look. He worked for many years at various architecture firms in Manhattan including Swanke Hayden Connell designing office buildings and interiors including some notable New York City staples such as the JP Morgan Chase building. Later he joined Venezia & Associates in New Brunswick, NJ working on designs for elementary through college level school buildings.

In 1985, the family moved to Sayreville, NJ where they settled into their family home. In Sayreville, Ashok discovered and polished his talents as a handyman. He filled his weekends with projects inside and outside of the house. Some of his more ambitious projects include refinishing the basement, designing and overseeing the construction of a sizable addition onto the home, and building an outdoor deck where the family enjoyed many outdoor meals. The family called this home for the next 27 years.

In 2009, now retired from being an architect, his first granddaughter Mira was born. He would wake up at 5:30 AM in order to take the bus and trains from Sayreville NJ to Williamsburg, Brooklyn to help babysit his beloved granddaughter when Resham and Angus were at work. Many Williamsburg parents fondly remember the beautiful duo of Baba and baby Mira all over the neighborhood. They both lived for the days they were together. No one made baby Mira laugh quite like he did. He always loved being around small babies and children, in some ways he was most himself around them.

In 2012, Ashok and Sheela started a yet another new chapter by moving in with Resham and her family in Greenpoint, Brooklyn. Though by now retired, Ashok, never one to remain idle, explored his new neighborhood with a new set of hobbies - learning chess to play with his eldest granddaughter, Mira; swimming several times a week at the YMCA near his home, taking over weekly babysitting tasks for his grandchildren, and becoming a diligent student of yoga.

Ashok was a tireless man who dove into all the twists and turns that life brought his way with intensity and determination. We thank you for the love, friendship and support he has been shown in both life and death.

Remembered along with his parents (Shanker and Sarojini), his dear young siblings (Prakash, Pramod, and Prakash), and dearest nephew (Abhishek).

In lieu of flowers, consider making a donation to the YMCA in Ashok's name.

The soul has departed on it's next journey. We are honoring Ashok and celebrating his life. Ashok my beloved husband was loved by many. He was a beloved father, grandfather, brother, son and friend. And he loved them too but he was not given to big expressions of affection. Instead he showed his love by getting up at 5.30 AM to babysit his granddaughter, by ironing my clothes and preparing my lunch when I was rushing to get ready for work. He was my gardener who indulged my love of gardening. He worked hard to provide for his family, to educate his children. He who had barely touched a computer learned CAD at the age of 50 because he needed newer skills to keep working in his profession. He endured rudeness (disguised as humor) from his younger colleagues when he asked them technical questions because they were better versed in the technology than he who had beautiful handwriting and loved drawing with his hands. He left his home in India in his twenties to explore new horizons and new frontiers in architecture. I think we have more pictures of buildings than of family. I had to drag him away from construction sites before he tresspassed into them to look at something that interested him. Yet he was also a hombody with simple tastes, who liked home cooked meals which many times he cooked himself or helped me cook them. Lately he had taken up playing chess online and was happy when he won the games. He played chess with his granddaughter Mira and sometimes lost to her on purpose. He was beloved 'Baba' to his four granddaughters and was never bored or tired to play their little games with them. He was gone from us within a short time but he will live in our hearts and memories. 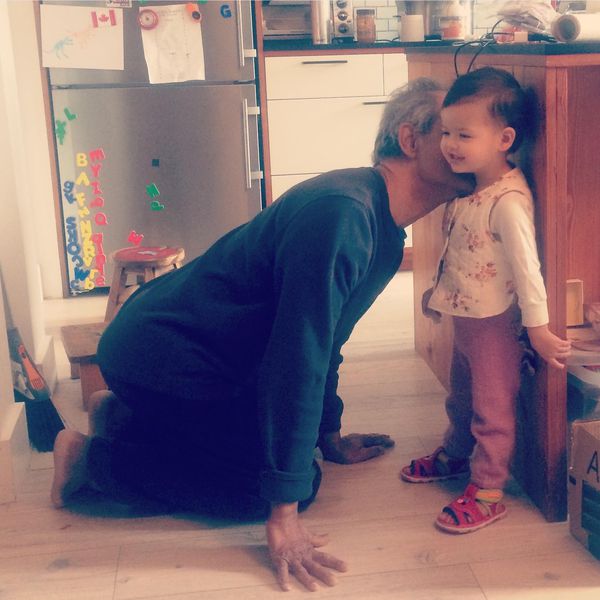 We met him for the first time on 4 Feb 2013 at our school get together along with Sheela. A great human being, gentleman by hreat. Loss is irrepersable .Kindly accept our heartfelt condolences.
Prafullachandra. N. Purandare.
Mumbai.

Ashok was a decent man. Always smiling. Remembering Ashok's wonderful and gentle soul will forever remain in our heart. May he rest in peace

Ashok was a decent man. Always smiling. Remembering Ashok's wonderful and gentle soul will forever remain in our heart. May he rest in peace.
Vijay Sawant

Very very sorry to hear about your Baba, our heartfelt condolences, May God give you strength and courage to bear this loss.
Will try to be there for the funeral and meet Sheela in person.
Ratna and Ashok Sabnis