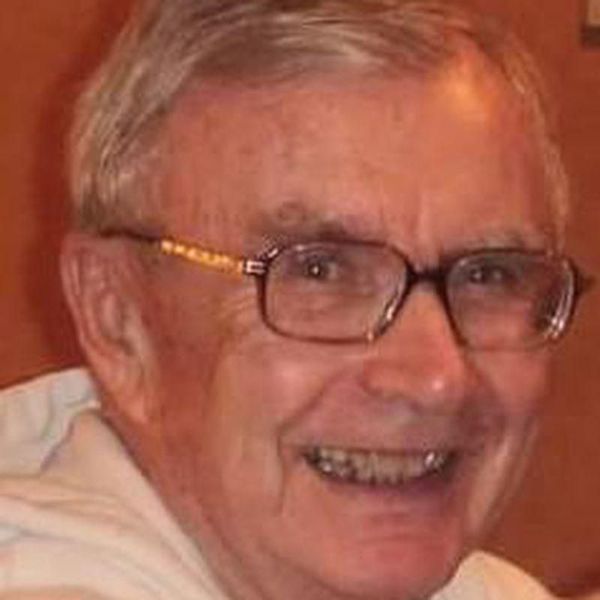 passed peacefully on July 14, 2019 at the age of eight-six.  Dan was born in 1933 and raised in the Flushing neighborhood in Queens, NY, the son of William and Mary (nee O’Donnell) O’Brien. After attending Cathedral Prep High School, Dan’s Irish mother had dreams of him entering the seminary. Instead, he decided to attend Fordham University and continue on to the University of Notre Dame Law School on the G.I. bill.

Dan was employed as a U.S. Treasury agent and then as an attorney for the Internal Revenue Service in New York City and Newark, NJ. Dan and his beloved wife of forty nine years, Lillian, raised four children in Gillette, NJ. They loved their town and cherished the lifelong friendships made there. Dan was a huge fan of the Fighting Irish and enjoyed attending games and reunions in South Bend, IN with his wife. They also loved cheering for the New York Yankees and New York Giants. Dan was an avid runner for many years. He loved to read and was a freelance writer who had several short stories published.

Dan was truly happiest when he was with Lillian, his children, and his grandchildren, who all adored him. He is survived by his four children: Kevin O’Brien of El Cerrito, CA (Mercelle); Kathleen O’Brien of Salisbury, MD; Patrice Wrape of Parker, CO (Raymond); Maureen Pearson of West Chester, PA (Michael); and eleven grandchildren (Jack, Patrick and Kate Conway; Connor, Nick and Joe Wrape; Dan, Erin and Declan Pearson; and Lilly and Tuppence O’Brien). He is also survived by his loving brother and sister-in-law, William and Dorothy O’Brien.  He was predeceased by his sister, Mary O’Brien.

Dan will be remembered for his Irish wit, a talent for storytelling, his twinkling blue eyes, an almost unnatural capacity for patience, and for continually epitomizing gentleness and goodness for all who were lucky enough to have known him.

Family and friends are invited to join in celebrating Dan’s life at St. Vincent De Paul Catholic Church, 250 Bebout Avenue, Stirling, NJ on Friday, August 2, 2019.  A brief visitation including words of remembrance by immediate family will be held at 10:00 a.m., followed by a funeral mass at 11:00 a.m. The family requests that in lieu of flowers, donations be made to the St. Vincent De Paul Food Pantry at https://stvincentschurch.churchgiving.com/ws/opportunities/OneTimeDonation/donate.