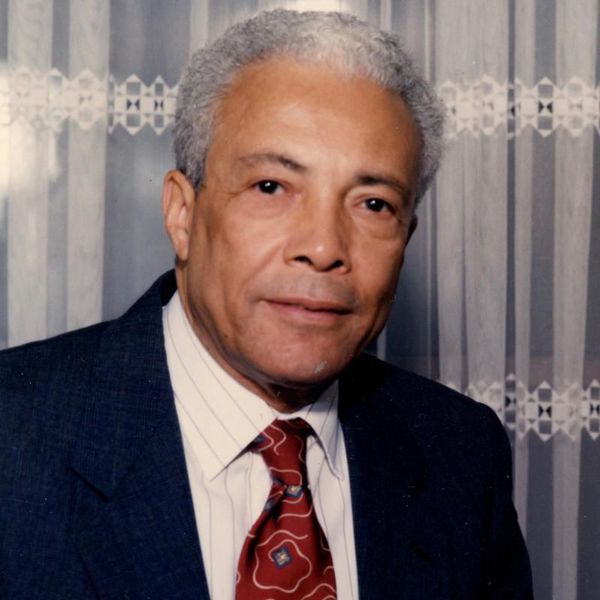 Cyril Edward Foster, known as Eddie to family and friends, was born on August 7th 1930 in New York City, NewYork. Eddie was the elder of two children born to Iris and Cyril Foster. In 1936, at the age of six, Eddie and his younger brother Al went to live with their grandmother in Barbados, British West Indies. During his early childhood years, he attended St. Augustine Public School in St. George ‘s Parish and later graduated from Combermere High School. Eddie was an excellent student and a very good athlete. He frequently represented his school in football and cricket matches.

In 1947 upon returning to the United States, Eddie continued his studies at Brooklyn College where he received his bachelors degree. He was also a member of the Phi Beta Sigma fraternity. In 1954, Ed was drafted into the military service and served in the US Air Force. He was stationed at the Hunsrück Air Base in Germany and also spent time in Adana, Turkey. Following his honorable completion of service, Ed enrolled at the University of Heidelberg in Germany to study Economics. While there he met his future wife Christa. After transferring to the University of Hamburg, he and Christa were married in 1962.

In October 1966, Ed returned to New York with his wife. After a brief stay at his family’s home at 143 Rutland Road, Ed and Christa moved to an apartment at 75 Hawthorne Street where they first became involved in community affairs. In 1972, they purchased their home at 173 Rutland Road where they still reside.  For the next three decades Ed remained actively involved in community activities. He gave his time to Rutland Road Block Association, Lefferts Manor Association, Prospect Lefferts Gardens Neighborhood Association and volunteered at the Brooklyn Botanic Garden Library. For most of his working life Ed was employed by the New York State Banking Department as an economist and Assistant Director of Research. He retired in 1996.

Ed loved traveling and enjoyed trips to Massachusetts, Maine, New Hampshire, Canada and spent time back in Europe. He even visited the Great Wall and the Forbidden City in China. One of his favorite pastimes was fishing for snappers and clamming on Long Island. Ed also loved gardening.

Eddie was a caring and devoted husband. He loved his brother and was a kind and supportive uncle. He will be remembered with love by his family, friends and neighbors.