I am struggling with trying to buy a headstone or even something as simple as a name plate for my mother's grave. It's as if she never existed and it's killing me. If anyone knows of a way I can be helped or resources, please, I am desperate. She deserves to have a name on her grave. I have no family and no place to turn to for help. Anything, Any resources that anyone can think of,any idea will help. Thank you to everyone who will take the time out to read this. 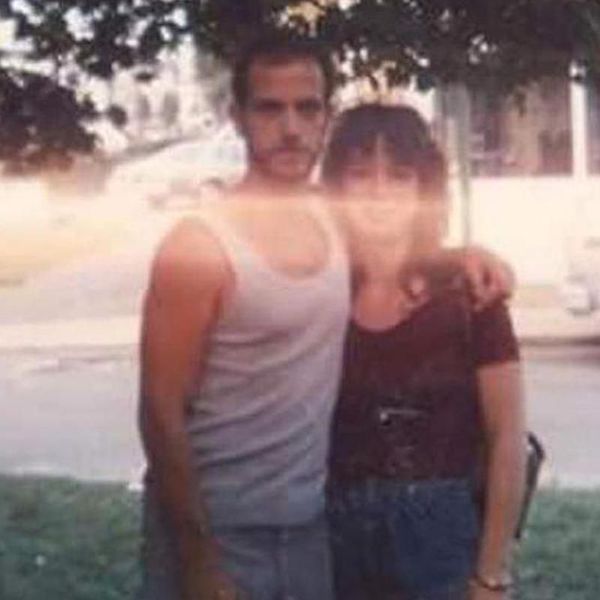 My handsome father and my beautiful mother.

I decided to add my boyfriend's name(Stephen) to this because my parents loved him and he was there through all of the trauma of their passing and their illnesses.

unfortunately, my mother was cremated and put next to her father and other family members who have passed on which would be great except I can't afford to pay for a headstone or even something that says her name on it. It's as if she never even existed. It sincerely hurts my heart and I feel as though I have let her down. I just don't know what to do.

My parents were loving, caring, amazing people who did everything they possibly could to make sure we were taken care of. My father worked all the way up until he got sick and my mother took care of him and all 5 of us (her kids) after that. Then, when she got sick, I took care of her, my little sister and little brother. Eventually, we were all taking care of each other. My father was suffering for a long time with COPD and to watch that is absolutely horrible, especially if it's someone you love so much thats going through it. He lost his fight with COPD in 2014. I miss him everyday but it eases my mind that he is no longer suffering.

After my father passed away, my mother was never the same. I was with her almost every day after he passed. She eventually got he spirits back. My mother had a lot of health issues from high blood pressure to bad nerves in her legs which made it hard for her to walk. Everything that was treatable. I never expected the phone call I received on February 16th 2017. My little brother was on the other end and was crying. He couldn't talk so someone else got on the phone. My nephew's wife, Katie. She said to me and I quote" Stephanie, I'm sorry, your mom passed away". You never forget the words someone uses when they tell you your mom has died.I lost it. It was the most unexpected thing I've ever encountered in my life. I had just spoken to her the day before and she had asked me to come and have coffee with her. I didn't go. A regret I will have for the rest of my life. I keep thinking maybe if I had gone to the house, I would have noticed something wasn't right and maybe could have saved her. I think about that on a daily basis and I know she nor' my father would want me to live like that but I just can't help but wonder.

They were my world and I wasn't ready to live without them but I have to tell myself everyday " They aren't suffering anymore". Now they are together and I hope they are happy, healthy, together and no longer in pain. They deserve it because they did so much for all of us. Not even just their kids. They never hesitated to help anyone. It didn't matter who you were, if you needed help, they were there. That is one of the qualities they passed on to me. Along with me having my father's eyes and being my mother's identical twin. 💕

I hope everyone realizes they only get 1 mother and 1 father and they need to love, cherish and respect them always. That way there are no regrets. I have so many and I wish I could say so many things to them but it's to late for me. I hope if anyone reads this, ( and please feel free to comment) and you still have your parents, just do me a favor and pick up the phone and call them. Even if it's just to say hi or I love you. I can't do that anymore and I'm reminded of that every single day. Don't take your loved ones for granted. You never know when you might lose them for good.

Thank you for letting me write about my parents. I love and miss you MoM & DaD! 💖💙