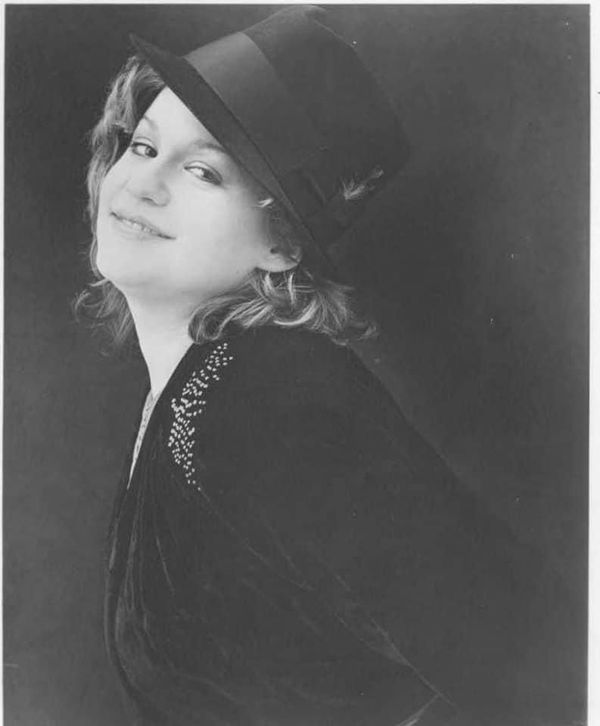 Shelley L. Ackerman, who began her career at age 17 as a comedic singer and waitress at the famed clubs The Improvisation and Catch A Rising Star, died on Thursday, February 27, 2020 in Manhattan. She passed peacefully surrounded by family and friends. She was 66 years old. The cause of death was cancer related said her friend, publicist Merle Frimark. "My Libra sister fought courageously for a long time," Frimark said.

Born on October 14, 1953, the daughter of the late Rabbi Paul and Helen Ackerman, Shelley Ackerman grew up on New York's Lower East Side. She graduated with honors from New York City's High School of Music and Art. She was Peter Allen's opening act at Reno Sweeney and played the major cabaret rooms including Les Mouches, the Playboy Club, Freddy's Supper Club, The Grand Finale among others. At age 19, she performed in Tom Eyen's Miss Nefertiti Regrets at LaMaMa and later starred in the 20th anniversary production of Jacques Brel is Alive and Well and Living in Paris (1988) at Town Hall and The Kennedy Center.

Passionate about the unique language and logic of astrology, Ackerman often studied the horoscopes of celebrities and became fascinated with the timing of world events and the correlation to planetary cycles. Alongside her career as a cabaret performer/actress, she loved to study the patterns in the heavens.

Eventually, astrology took the lead and after obtaining then candidate Bill Clinton's precise birth time from his mother Virginia Kelley, in 1992, Shelley became a professional astrologer, writing columns, articles and began lecturing, teaching and providing commentary on radio and TV.

Shelley was a beloved figure in both the entertainment and astrological circles. Her website aptly titled KarmicRelief became extremely popular. She was a member of the International Society of Astrological Research (ISAR) and participated in their annual conferences around the country. At the ISAR2016 conference, Shelley was front and center with her Presidential predictions.

Shelley has written for TheAesthete.com, AOL, Beliefnet.com, The Mountain Astrologer, numerous newspapers and periodicals, including the New York Post (creating the first NY Real Estate Horoscope which ran annually 2003-2010), New York Daily News, The Westchester Guardian, New Woman Magazine, Sports Illustrated for Women, and was on the cover of The Wall Street Journal (when Pluto was famously removed from the Solar System).

In 1996 Shelley became the head of the New York affiliate of the American Federation of Astrologers. She was also active in the New York chapter of the National Council for Geocosmic Research, and taught at the New York Theosophical Society (1996-2006). She lectured, taught and had clients across the U.S., Europe and Canada.

Her many radio and TV appearances include: Access Hollywood, The Today Show, Sirius Satellite Radio, The Gayle King Show, Fox's The Strategy Room, The O'Reilly Factor, ABC's Eyewitness News, and ABC World News and others.

She is survived by sister Sharon Ackerman of Manhattan, brothers Sanford (Manhattan) and Mark Ackerman (New York), and friends and followers around the globe.