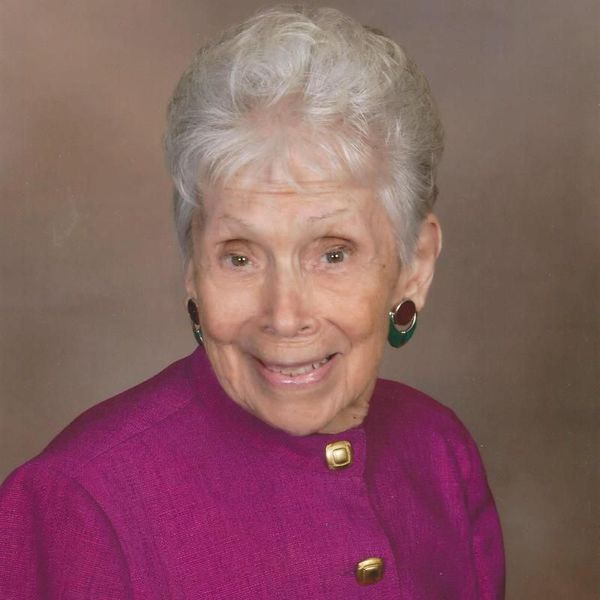 Illinois native and long-time Florida resident Betty L. Kowske, 90, died on February 11, 2020, in Batavia, IL, after a six-year battle with ovarian cancer. Interment of her ashes will be held at a later date in a private ceremony at Trinity Lutheran Church in Summerfield, Florida.

She was born on October 12, 1929, in Aurora, IL, to Fred and Marion Miller and graduated from Luther Institute. She met her husband of 66 years, Donald ‘Don’ Kowske at Grace Lutheran Church in Chicago through confirmation classes and the LCMS youth organization – the Walther League – when they were both elected to the executive board, he as President and she as Secretary. The high school sweethearts were engaged on her 20th birthday and married on December 16, 1950, at Grace Evangelical Lutheran Church. Don and Betty were inseparable for over 66 years. They raised their family in Chicago, Lombard, and Batavia, Illinois, then spent their retirement years in the sunshine state making countless wonderful friends in Palm Harbor, Spring Hill, and Summerfield, Florida.

“Fear not: I am thy shield, and thy exceeding great reward.”

Betty started working in high school at the Woolworth Five and Dime and went on to fill mail orders for Spiegel’s Catalog and pack candy at the Stop and Shop Store. During her senior year she worked part-time at D.A. Stuart Company and following graduation she converted to full time there until the arrival of their children. She later worked for Shape Magnetronics, the Batavia Bank, and C&F Forge. But making a loving home was her life’s work and she relished her time with the family, friends, neighbors, and congregations that helped make that possible. She prayed for help to be the person she wanted her children and grandchildren to be so that they would grow to lead “the greatest life on earth, a Christian life of service to others.”

A devoted Lutheran, Don and Betty were active in all the churches they attended – Grace Evangelical Lutheran (Chicago), Trinity Lutheran (Villa Park, IL), Immanuel Lutheran (Batavia, IL), Bethel Lutheran (Clearwater, FL), Forest Oaks Lutheran (Spring Hill, FL), and Trinity Lutheran (Summerfield, FL). Her home was always filled with music – she learned to play the organ and enjoyed singing to the delight of her family. Betty was a remarkable cook and enjoyed preparing meals and treats for her family and friends, especially during the holidays, and took pride in preparing the favorite dishes of her loved ones.

“With the help of God above we managed to pull through,

Our ship composed of faith and hope withstood each mighty wave.

It’s twilight now, the sun is dim and stars begin to glow,

Together we resume the voyage started long ago.”

In retirement, she enjoyed playing cards, square dancing, golfing, bowling, and genealogy research. Don and Betty traveled extensively, including traversing the country in their travel trailer and taking several trips overseas. They were on hand for countless milestones of their children and grandchildren including games, matches and meets, performances and concerts, award recognitions and special occasions. They especially enjoyed family excursions, including taking the whole family on a Disney Cruise to celebrate their 50th wedding anniversary with loved ones.

Betty cherished each of the seemingly small moments that love turned into priceless gifts over the course of her lifetime. She was an infinitely positive and considered herself blessed beyond measure. Even in her final months, she remained joyful about her full life and looked upward to her heavenly reunion. Inside her family Bible, she left a clipping of To Those I Love, and Those Who Love Me to comfort those she leaves behind:

When I am gone, release me, let me go

I have so many things to see and do.

You mustn’t tie yourself to me with tears

Be happy that we had so many years.

I gave you my love. You can only guess

How much you gave to me in happiness.

I thank you for the love you each have shown,

But now it’s time I traveled on alone.

So grieve a while for me, if grieve you must

Then let your grief be comforted by trust.

It’s only for a while that we must part

So bless the memories within your heart.

I won’t be far away, for life goes on

So if you need me, call and I will come,

Though you can’t see me or touch me, I’ll be near,

And if you listen with your heart, you’ll hear

All of my love around you, soft and clear.

And then, when you must come this way alone,

I’ll greet you with a smile, and “Welcome Home.”