A SERVICE TO HONOR JOHN: Friday, February 21 in Brooklyn 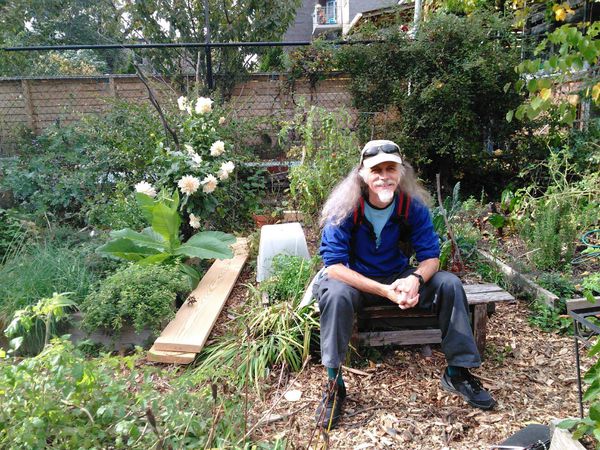 John McDermott, oddly enough that’s how we refer to our own sibling – as though “John” simply wasn’t enough. John was the oldest of the six McDermott kids. He was an anomaly in our cast of quirky family characters. He was typically a quiet person - not that he didn’t have plenty to say – he just chose his words carefully and didn’t want to impose his views on others. In fact, as the story goes, John didn’t speak until he was about three – he only grunted and pointed to things. Apparently, the first words out of his mouth came in a complete sentence. He stood at the open door of our 72ndstreet apartment and shouted down the hall, “Ask not what your country can do for you, ask what you can do for your country!” I guess he had political views even then.

John learned to read at a very young age. He devoured the information that he read and somehow kept it all cataloged in his knowledge base. I think he was, inherently, the smartest of the bunch. If you didn’t know something, you could always go to John and chances were, he’d have the answer. He was definitely the person you wanted on your team for Trivial Pursuit! One of our family’s deep dark secrets is that most of us have an unnatural obsession with maps. I think John started that. As a child, he had a wooden map of the US that he would let us play with. I can assure you that John knew all of the state capitals (I’m pretty sure we all do), but I would frequently ask him the capital of some obscure country and he always knew the answer.

John had an amazing laugh. Though I often didn’t think the same things were funny, you just couldn’t help but be around him if he was laughing because it was so contagious. He laughed with absolute abandon. He loved dumb humor. The Three Stooges were a favorite of his. I think Abbott and Castello too. I think Mark and Paul found John to be one of their greatest audiences. He would consistently laugh at the crude and outrageous stuff that would come out of their mouths – especially in front of our mother.

John had an unwavering commitment to stand by his beliefs regardless of their popularity or the strife it may have caused him. His fourth-grade teacher told him that sugar was bad for you and I don’t believe he ever added processed sugar to anything for the rest of his life. He hated vegetables as a kid, but became a vegan for his health anyway. John actively advocated for human rights for all, especially those who are marginalized.

John always seemed to be drawn to the offbeat and creative. When digital clock radios became a thing in the early 70’s, he begged my parents for one so he could listen to the music he wanted and to the Dr. Demento Show. When other kids were listening to bubblegum pop, he was listening to CCR.

John’s first creative outlets that I remember were drawing and painting. He liked to draw cars and eventually started painting in high school. His artwork was weird, but interesting. He taught himself how to play the guitar and also dabbled with other instruments. Music was definitely his thing. He dedicated a great deal of time and energy to that pursuit in his adulthood. John played electric guitar for twenty years. He performed at Carnegie Hall, CBGB’s, dive and not so divey bars around the country. He loved his two tours in Europe with avant-garde ensembles. He was forever appreciative and blown away by how the artists and musicians were supported and cared for in Europe. I remember taking my mom to see him perform one time. It was clearly not her type of music or venue. I mean, she stood out like a sore thumb in the crowd. One of the fans must have noticed that and started talking her up. I watched as she looked adoringly up on the stage and pointed saying “That is my son!” with such pride.

Finding Cilla was the best thing that ever happened to John. She not only sparked his passion and joy to a level that we, as his family, hadn’t seen in years, but she also grounded him. Being around them, it was easy to see that she was the love of his life. She was his person. She was his everything. Having Cilla around somehow allowed John the freedom to be more of himself. He seemed to be more willing to expose the more vulnerable parts of himself. He became a very involved uncle to all the kids and seemed to cherish each and every one of them. Our brother led a pretty pure life. He was a kind and gentle soul. I believe that anyone who met him or knew him admired that. It just doesn’t seem right to lose him like this. We will miss our brother, John McDermott, terribly.

To Cilla and John's family and friends, So sorry to hear of your sudden and unexpected loss of such a beautiful companion and dear one. May Spirit bless you all with the knowledge that he will certainly continue to surround you with his love, now and in the future for all time... Más in Cape Cod (Thomas Vincent) St.George from old NB.

John McDermott is my oldest friend.
We’ve know each other for 37 years.
We met while we were living on Long Island.
He lived down the block from me but we actually met through a mutual friend who informed me that we all worked at the same restaurant.
John was the night man.
He worked from 10-6.
I’d arrive every morning at 6 to be greeted with a friendly Good Morning Andy in John’s deep, rich, beautiful voice.
We went on to play music together and our friendship grew.
John moved to the city but we remained friends and I soon followed.
John introduced me to the people in his new circle of friends.
With his help my band started to rehearse in the same space that his band used.
We weren’t playing music together anymore, but our bands frequently played together on the same bill.
As we got older we didn’t see each other with the same regularity, but John was the kind of friend you knew you’d always have.
When ever I think of John I see his smile,
I feel his dedication to activism and the environment
and I appreciate his constant efforts to make the world a better place while always questioning everything.
Someone has to be diligent and John was our poster boy.

Most recently we’d bump into each other on the manhattan bridge.
Perhaps inspired by John I too became a bicycle commuter, biking from Brooklyn to Manhattan everyday. We wouldn’t see each other all the time, but I’d always know when I was going to see him.
I’d be making my way up the bridge and I’d think hmmm I haven’t seen John McDermott in a bit and sure enough he’d magically be there right in front of me. I’d come up and greet him with Good Morning John and we were immediately continuing our conversation.

I’ll keep talking to John as I make my way across the bridge...

Although we haven’t spent much time with John over the years, we always enjoyed the time that we were able to spend with him. We’re sure everyone who knows John misses him greatly.

We won’t be able to join John’s memorial this Friday, but we will be with you in our hearts and thoughts.

Love to all,
Lou, Hiroyo, Joe and James Nicholls

Really can't imagine how different my life would have turned out if I never had Uncle John as an example of what an adult life could be. Like kids that grow up in families with wealth or celebrity, allowing them to think that those things are possible to achieve for themselves too - I got to see a life of principled and and practiced compassion. Anyone who got to witness John's life had their scope of human capacity expanded. The world is unquestionably worse without him now, but has benefitted so much because of the time we did have him. For a Skinny™️, quiet, modest man, Uncle John's life was huge. I will be forever grateful for him and for the family and friends who helped allow John to be himself, especially Cilla who no doubt made his life whole and brought him to share so much more of his personal life with us.