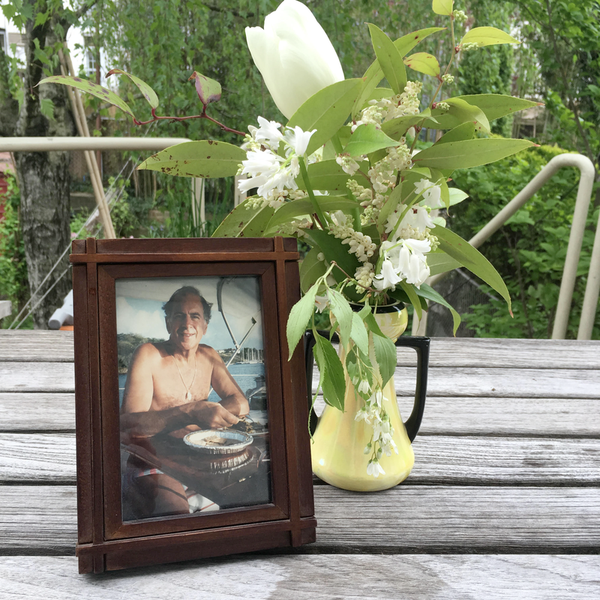 BLUM, Walter E, award winning architect, died on April 12 in the home he designed and lived in for 68 years. He was pre-deceased by his beloved wife of 58 years, Elleen in 2004.

Born on June 18, 1925, he served in the Army during WW2, landing on Utah Beach as part of the advance D-Day invasion team. He was wounded twice and was awarded the Purple Heart with Oak Leaf Cluster, Bronze Star and ETO Ribbon. In 1994 he was recognized for his military service with the Conspicuous Service Medal by former Governor Pataki and in 2016 the French Government awarded the position of Chevalier of the Légion d’Honneur.

Over his 53 year career, he earned the esteem of fellow architects and his community, receiving numerous design awards, and achieving public acclaim for his unique and modern expressions as well as his utilization of innovative technologies. He designed and built New York State's first solar heated office building during the energy crisis of the 1970’s, utilizing innovative design methods only now becoming a standard in the profession. His design in the 1950’s of New York State’s first single family, barrier free house, long before it was fashionable or legally required, led to his inclusion in EPVA’s pioneering book devoted to barrier free architecture. From 1958 to 1961 he was an Instructor and Senior Thesis Critic in the Department of Architecture, Pratt Institute. Walter Blum served as a Trustee and as Chairman of the Planning Committee for the Queens Museum, on the Board of Directors of the North Shore Animal League, and on the Board of Directors, AIA, Long Island Chapter from 1968 To 1971 and again from 1986 to 1992. He was a member of the Town of North Hempstead Planning Board, and the Chair of the Zoning Committee of the Village Officials Association.

His work was published in over 25 books and magazines. Three of his projects were selected by Guild Hall, the Museum for the Advancement of Art and Architecture, for the exhibit "First Generation of Modernist Architecture on Long Island, 1925-1960.” In recognition of his reputation in, and contributions to, the architectural profession, he was awarded a Lifetime Achievement Award in 1998 from the American Institute of Architects.

Up until his last moment he never lost his sense of humor or his love of ice cream. He is survived by his son Evan and daughter Leslie, his son-in-law Yves Roger and grandson, Nico Roger. Memorial will be held at a later date.