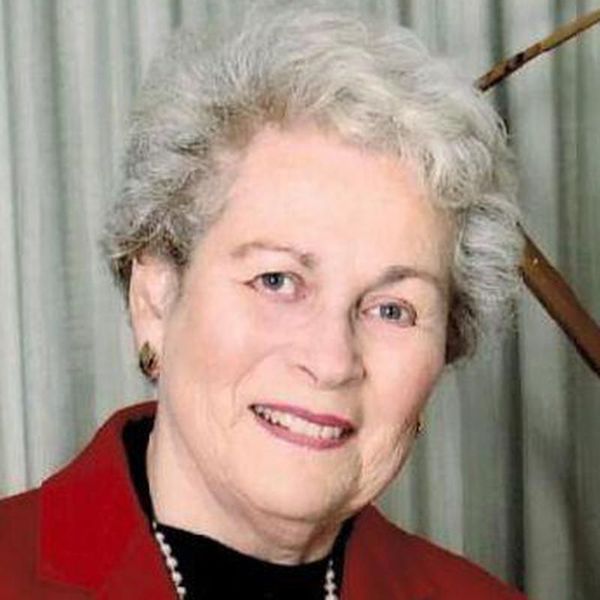 Alice Diane Alstott Mathewson, a proud nurse, wife, mother and grandmother, passed away in the early hours of Friday, July 17 in Norman following a year-long illness, although she preferred the term “complications of aging.” She had just turned 86.

Born at home to Theodore Lee Alstott and Dorothea Wallace Alstott on July 11, 1934 in Canton, Ohio Alice grew up in Michigan. She graduated from Bay City Central High School in 1953. She attended the residential nursing program at Saginaw General Hospital, the birthplace of her husband and her daughter, and earned an associate RN degree in 1956.

Being a registered nurse was a source of immense pride. Alice said Saginaw General Hospital set the stage for an “enjoyable, meaningful, helpful, adaptable and challenging career and life.” She was from the white uniform and starched hat generation of nurses and worked for 30 years in various clinics and hospitals. Her first job was at Detroit Pediatrics Children’s Hospital.

In 1957, she married Richard Jay Mathewson of Saginaw who was a student at the University of Michigan College of Dentistry. While her husband was getting his extensive graduate degree in dentistry, Alice worked to support them, beginning at the University of Michigan Student Health Center. She worked as a surgical and general duty nurse at several hospitals in Michigan from 1961 to 1968 when she received her Red Cross pin.

The family, which included a son and a daughter, moved to Portland, Oregon in 1968 where Alice served as office nurse and chair assistant to her husband at his part-time pediatric dental practice. She could also be counted on to provide nursing services at her children’s summer camps and various other activities.

Living in Oregon, Alice loved going to the coast where the family and friends spent time crabbing, fishing and hiking along the beach.

Their final move was to Norman in 1973 to support her husband’s career. He was a founding faculty member and department chair at the University of Oklahoma College of Dentistry in Oklahoma City.

For 13 years, Alice worked for the OU Goddard Health Center as a general duty and infection control nurse. She was a kind, maternal presence for hundreds of students who were sick or injured and far from home.

After retiring from Goddard in 1989, she later became a nanny to her Norman grandchildren and special events grandparent to her grandson in New Mexico.

Alice loved antiques and had extensive knowledge of the decorative arts. She was an avid reader, kept up with current events, had a good sense of humor, great style and supported the causes of her husband, children and grandchildren. The family was on the move for several years and she volunteered for organizations in every town and city they lived in.

“Full retail price” was not part of her vocabulary as she enjoyed scouting favorite shops for discounts on everything from designer clothing, to Karastan rugs, furniture, and high-end appliances.

Growing up near the Great Lakes of Michigan, Alice loved the water and joked about ultimately living in land-locked Oklahoma. She and Richard returned often to their home state, and traveled extensively throughout the United States, spent time fishing and camping in New Mexico and Colorado, drove Interstate 40 from Norman to Albuquerque countless times to visit their son and his family, stayed several weeks on their own in France and Germany where their daughter lived at the time, and also spent time in Mexico and England.

She was preceded in death by her parents, two brothers, Anthony and Daniel Alstott, and her good friend and uncle, Asa Alstott of Springfield, Illinois.

The family would like to thank various health care providers who cared for Alice this past year, including Dr. Thomas Merrill, the professional and caring staff of Grace Skilled Nursing & Therapy in Norman, and her longtime in-home helper Donna Duggar.

A memorial is planned for a later date with burial in Michigan. To pay tribute to Alice the family invites you to visit her online memorial on LifePosts at https://www.lifeposts.com/. Search for Alice Mathewson.