What's your favorite picture of Bob? 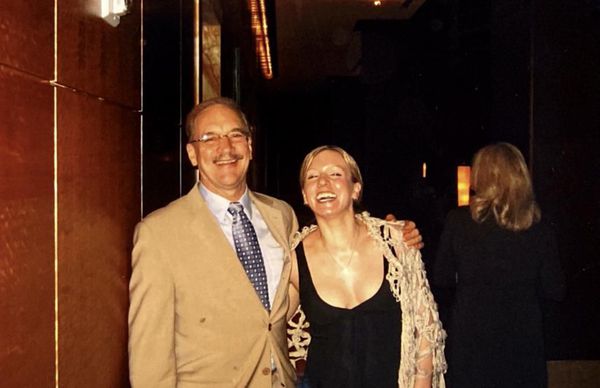 I spent a lot of time in that pool as a kid and this is the first time I have ever seen your dad in it! I have a vivid memory of jumping in from teh diving board and calling out "Hi Mr. Day!" and then thinking, "Oh no, I called him Mr.!" He didn't mind. Or didn't notice. He's the only dad of a friend who actually seemed interested in his kids' friends - I got to go to all kinds of things because he was always bringing Covell's and Bobby's friends along! 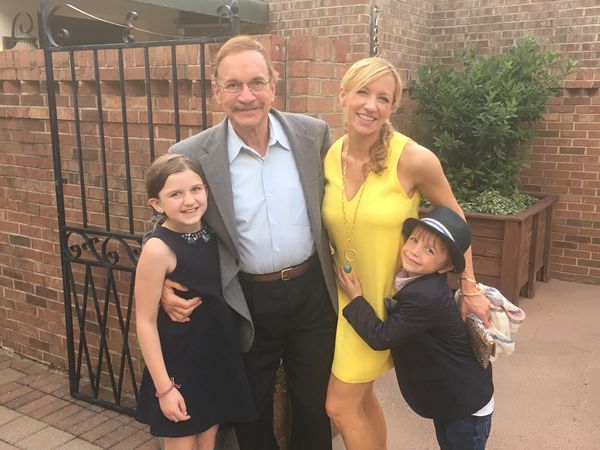 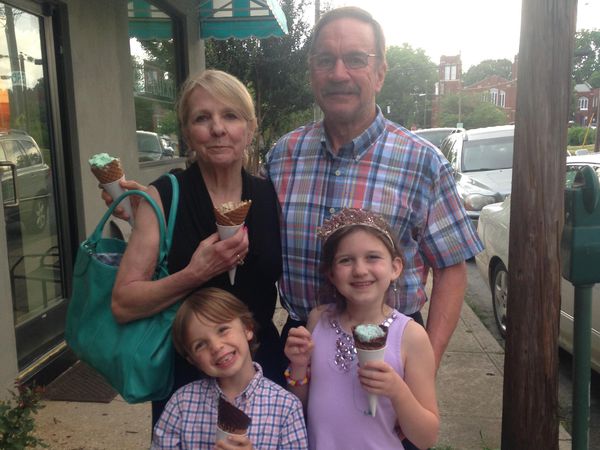 What accomplishment was Bob most proud of? 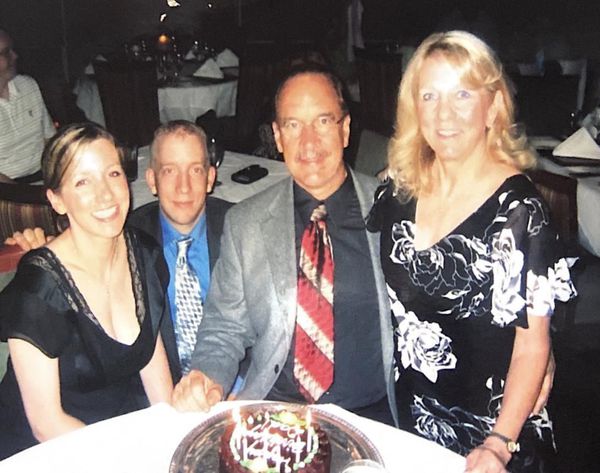 What are some of the significant places Bob travelled to?

We had a great time traveling as a family - Disney World, Puerto Rico, St. Croix, Bermuda, and, of course, the Greenbrier. Once he retired, he was able to travel with our mom quite a bit. They took several cruises, and went to London and Paris, Abu Dhabi, Dubai, and Turkey. 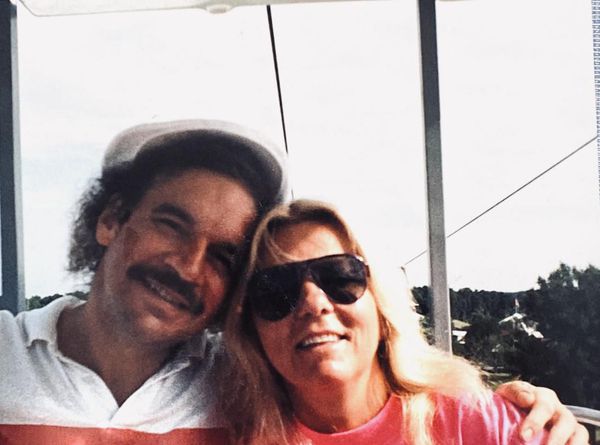 What words of comfort can you offer Bob's family and friends?

That he loved you all very much. His illness made it difficult to maintain healthy relationships, but he wanted those relationships more than anything. He missed his friends a lot, but was looking forward to having new experiences where he could make new friends as well - which is why this whole thing is so maddening and heartbreaking and sad. I know it was not him who decided to take this action, but his disease - and please know that if he ever said or acted in a way that hurt you or confused you, it was his disease, not him, and at his core, he just wanted to be your fun, kind, generous, loving friend.

Did Bob have a favorite pet? Have a photo of them together?

His favorite dog of all time was his dog Penny, who he had when he was growing up. His little Yorkie Porsche, who he had in the early 2000s, was definitely a close second and someone he missed every day. He loved dogs so much. 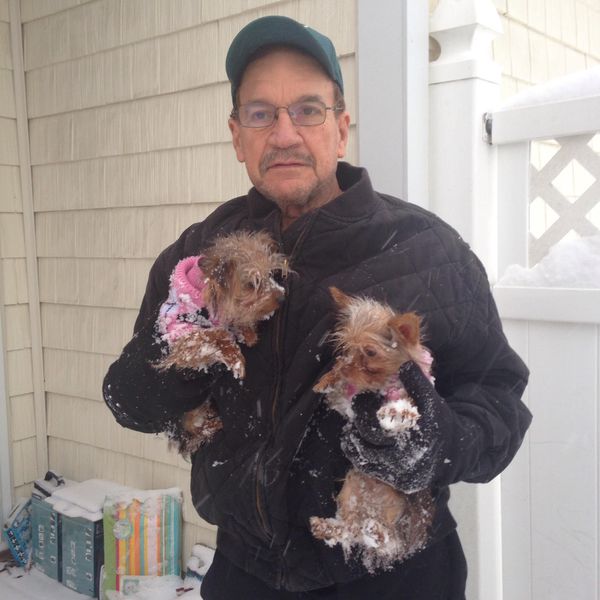 What were the best things about Bob?

He marched to his own drum beat.
* He loved to wear basketball kneesocks with black high-tops when I was a kid (and still kept that affinity for black high-tops the rest of his life).
*He liked to practice his golf swing in our front yard (often with no club). He also did it when we happened to be standing in line or waiting for anything out in public, which I found particularly mortifying as a teenager.
*He was the only man taking step aerobics at our gym in the 80s and 90s.
*He would ask for mint chocolate chip ice cream AND rum raisin mixed together on top of his chocolate cake without batting an eye.
*His car would be full of golf balls rolling around, and there were golf tees in our dryer all the time.
*He went through a phase in the 90s where he ate tuna right out of the can with some cocktail sauce and Dijon mustard mixed in - at 6 in the morning. Used to gross me out!
*He wanted our father/daughter dance at my wedding to be perfect, so we took lessons and practiced for weeks so it would be exactly how he envisioned it. :)
*Would tell you he had only eaten one meal that day while chewing in your ear on the phone for the third time that same day.
*Really loved dogs and was looking forward to possibly having another one sometime soon.
*Even though we kept telling him to stay put because of COVID, he managed to lose his wallet at least two times (that he admitted to) at WaWa getting sandwiches (also puzzling, since I was ordering him groceries daily so he wouldn't have to go anywhere!!!)
*When we called his car insurance agent to notify her of his death this week, she said, "Oh, that's a shame. You know, he used to call me 2 or 3 times a week to ask me what his driver license number was because he kept losing his license in the house."
*Loved my mom, my brother, and me more than anything. 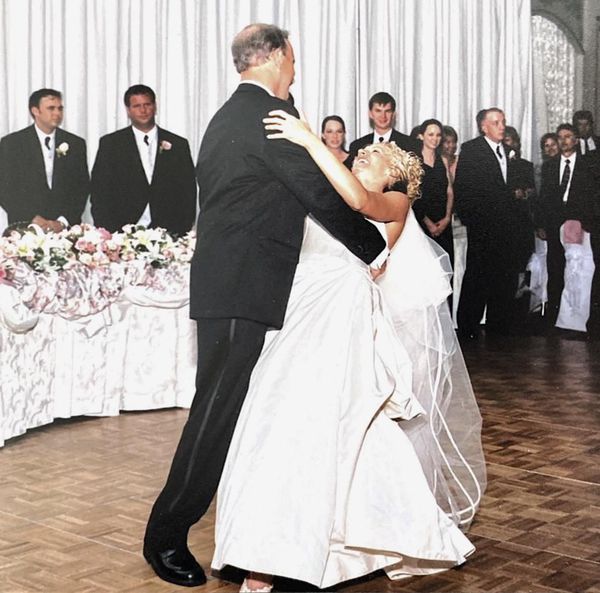 We practiced this dip a lot!

When I first visited the Day house in 1986, we drove right past the wacky guy golfing on his front lawn. Then my dad realized that was probably the house he was taking me too!

What objects most remind you of Bob? Have a photo?

Who were some of Bob's closest friends? Have pictures?

He had been friends with Art Schiel, Terry Savage, and Ricky Atherholt since elementary school. Gerry Siglow was a dedicated, patient, loving friend until the end. 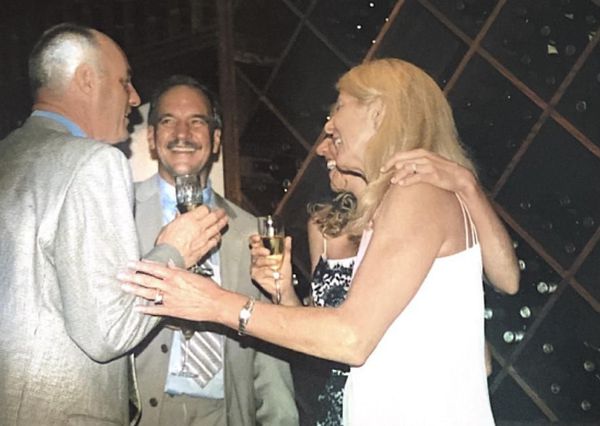 What will you miss most about Bob?

Everything.
*Sharing a great bottle of wine over dinner.
*His constant analysis of whether other diners in the restaurant were actually wearing toupees.
*How much he loved Christmas, giving presents and getting them.
*His wild, hilarious stories from growing up.
*The non-stop phone calls with esoteric shopping lists.
*Leaving me 8 voicemails in quick succession, and then when I picked up the 9th time, asking me if I listened to all of his messages.
*Reading a book and thinking, "my dad would love this," and being able to send it to him.
*All of the things he won't get to do that he wanted to - sail on the Seacloud with my mom, go to the Greenbrier with all of the grandchildren, teach Kenan to golf, dance at Ashlyn's wedding. 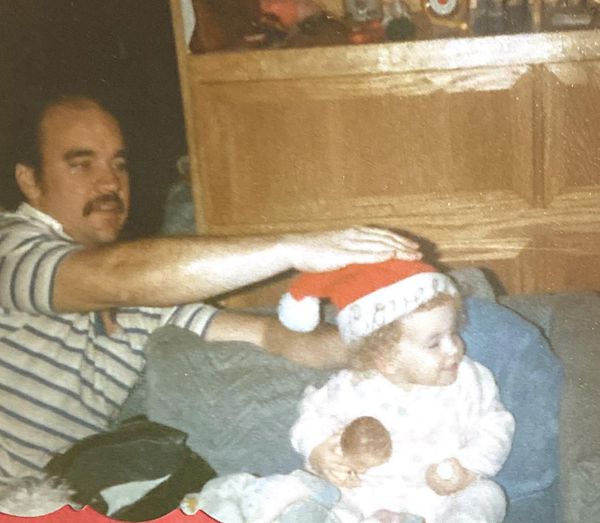