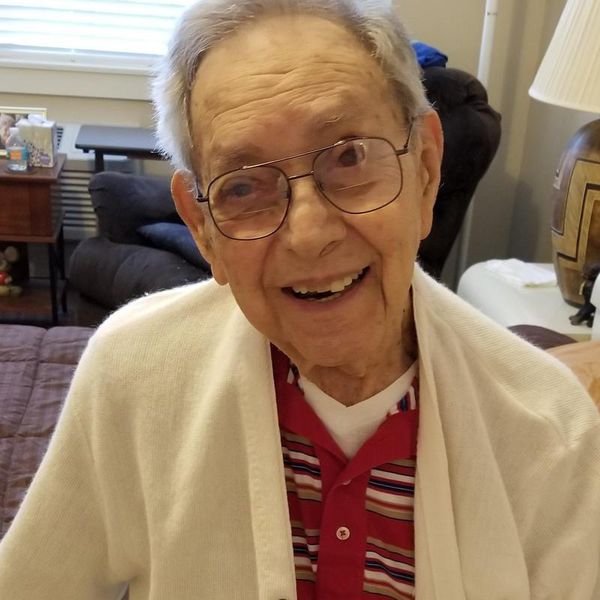 It is with great sorrow we announce the passing of Joseph Garvin Coplin, who died peacefully and naturally in the early morning hours of Friday, July 17th, 2020, at the assisted living facility he called home in Boca Raton, Florida.

Joseph, who was 99 years of age, left us exactly three months shy of his 100th birthday, which was in October.

After growing up in Harrisburg Pennsylvania, Joseph attended the University of Pittsburgh where he majored in Business Administration. After graduation and a few months after the United States entered World War II, Joseph did what many men his age did at the time...he joined the U.S. Army...after boot camp he was sent to the Army’s post on the island of Trinidad, where he helped organize supplies that were sent to the military campaigns in Northern Africa and in Europe. In 1945 he was honorably discharged at the rank of Sergeant. Joseph earned several awards while serving his country, which included the Good Conduct ribbon, American Campaign medal, and the World War II Victory medal.

After he returned to Harrisburg, Joseph joined the family vending business. During those years, he married his first wife, Harriet Coplin, who eventually succumbed to cancer in 1993. They had two daughters, Wendy Cabin and Rebecca Gant who preceded his passing a few years ago. He found love once again when he met Carole Raiken, a widow of 10 years. They starting dating while working together at their local Publix supermarket. Joseph and Carole married in August 1994 and had 23 happy years together.

They traveled on many cruise vacations to the Caribbean and Northern Europe, not to mention road trips to visit relatives out-of-state. Carole passed away in April 2017 after a short illness at the age of 86. Joseph recently lost his brother-in-law Ronald Isaacman who was married to his only remaining sibling, Joan Isaacman, who still resides in Harrisburg.