You may use these pages to share your own photos, memories and stories of Graham. Thank you for all your condolences and kind thoughts. They mean so much. 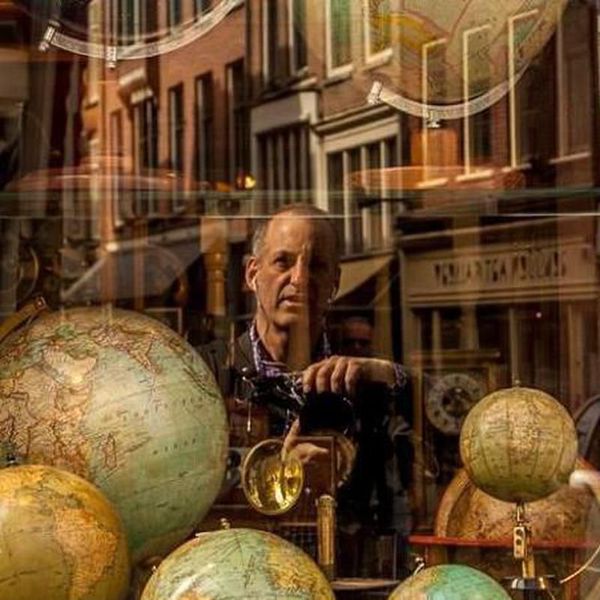 Graham Stickney Haber was born in St. George’s Hospital at Hyde Park Corner, London on February 21st, 1963, where his father was completing his postgraduate training in cardiovascular medicine. The hospital later became the Lanesborough Hotel. Graham grew up in Boston and traveled extensively with his parents and two brothers, which inspired a lifelong enjoyment of travel and discovery. From 1985, after graduating from Columbia University, where he studied psychology, he trained at Art Center College of Design, in Pasadena, earning a BFA in Photography. In 1989 Graham moved to New York City and for the next twenty-one years he was the principal at Graham Haber Photography, working for clients including Morgan Stanley, American Express, and a wide range of visual and performing artists and designers. In 2010 Graham became the photographer for The Morgan Library & Museum, New York City. His extensive photographic work for the museum has appeared in countless scholarly publications, the Morgan’s website, promotional and marketing campaigns, and The New York Times.

Graham is the husband of art historian, professor and curator Anastasia Aukeman. The couple have three children: Zola; and twins Miles and Lucas. Embracing his ancestry, in recent years Graham obtained German citizenship for himself and his children; his father fled Nazi Germany in 1935. As well as a love of travel, Graham enjoyed the company of friends and family, conversation and laughter, food, skiing, motoring around Pennsylvania and Martha’s Vineyard in his red MGB convertible, and just about every outdoor activity that involved cultivating and nurturing new growth.

Graham was a sensitive, empathetic and deeply compassionate person. He was always interested in the lives and ideas of others and unfailingly generous and helpful when anyone came to him for help or advice of any kind. He made time for everyone and was held in high affection and esteem by his professional colleagues. He brought people closer together through his generous spirit and an easygoing manner coupled with a warm and inclusive sense of humor. He was adored by his family and friends.

In lieu of flowers and other gifts, a donation to Fight EHE in Graham's honor would mean so much. 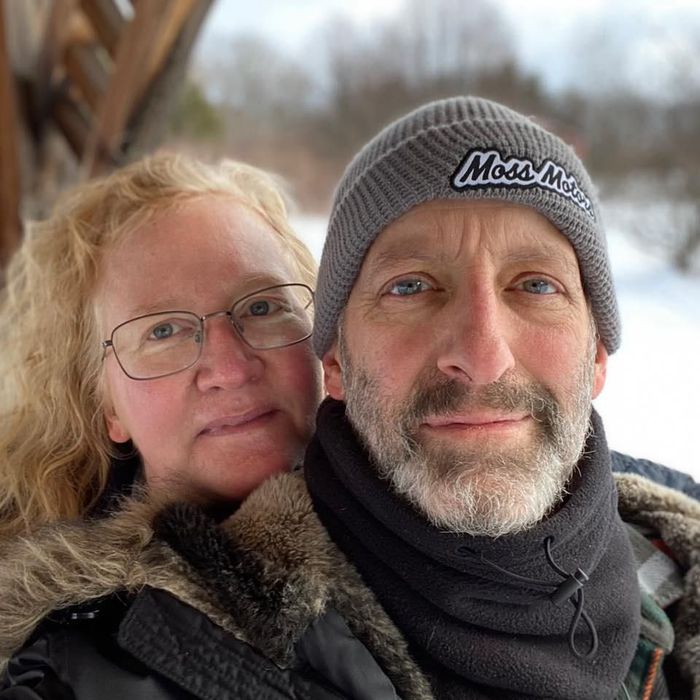 Portrait of Anastasia and Graham in the gazebo where they were married in August 2000. Photo by Graham Haber, December 2020. 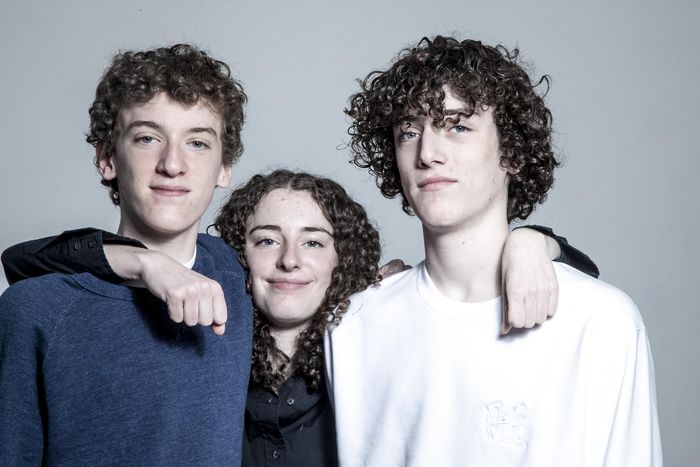 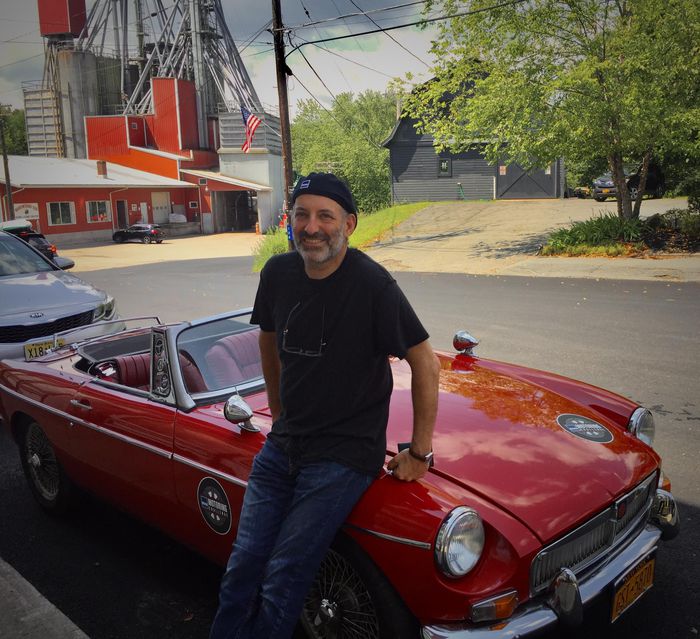 Graham and his 1966 MGB. Photo by Anastasia. 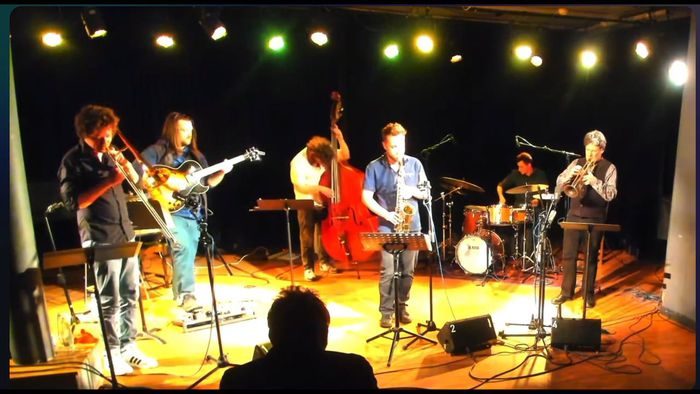 Ian Gordon-Lennox writes:
A couple of months ago, I woke up in the middle of a rehearsal (in my dream). I liked the tune we were playing but didn't recognize it, so I wrote it down before I could forget it. At the same time, we were getting (not so good) news from Graham, so I found it appropriate to honour him with name of the piece: GH Forever. A week later we played it live at Sud Des Alpes AMR. Here is an excerpt of the streamed concert with this tune dedicated to my beloved, and already dearly missed brother-in-law:

The last time I saw Graham and Anastasia.
Missing you. Feeling ever so far away...
Quai de l'Hôtel de Ville, Paris, France
25 August 2019 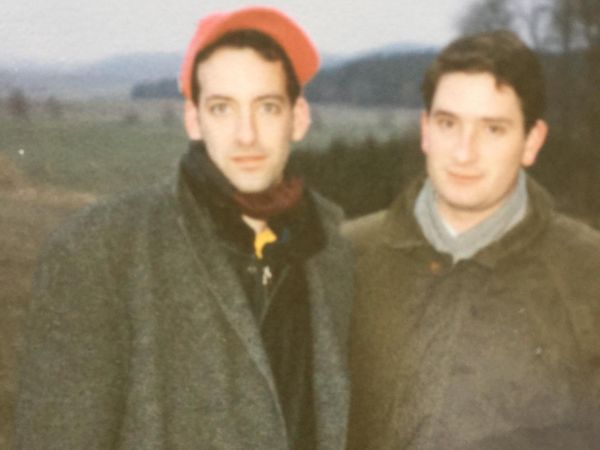 Graham we will always treasure the first time we met you & Anastasia & Zola the twin boys Miles & Luke(babies 9 months old) in Sunrise...you were our extended family & we saw how you held your time precious coming up to the lake house. We will forever have those memories with us ❤️❤️Charo, Flora, Raul & Roberto Mendoza (sent from Tulum, Yucatan🇲🇽) 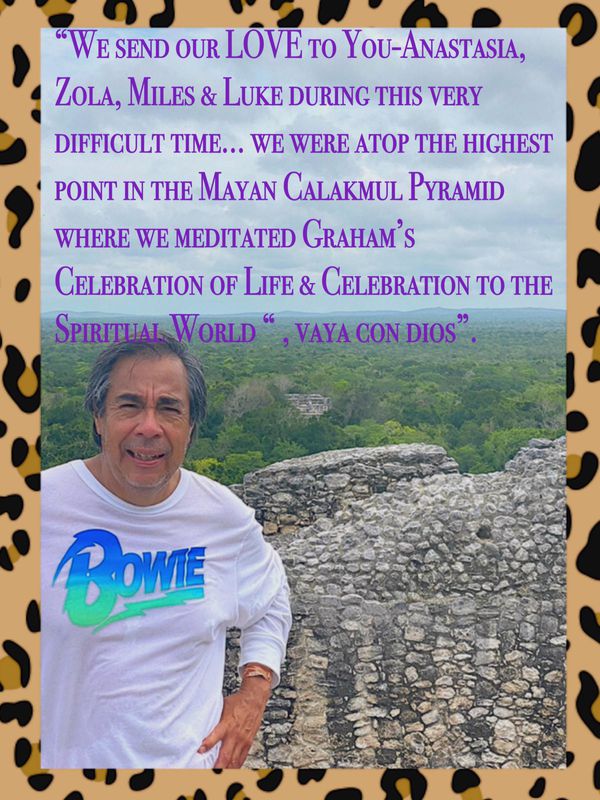 Graham, you were such a kind and gentle soul. Your family embodied the heart and spirit of our building and our neighborhood, and we will miss Graham forever. We hold Anastasia, Zola, Lucas, and Miles in our hearts. We love you. (Ona, Steve, Keilani and Amara)

Mal Ryan I too have no photographs, but after reading so many comments, I realize that Graham was not only a wonderful photographer, but the best photographic subject as well!--says a lot. The way your family made sure that Graham's last weeks were about life, and memories, as much as possible, was extraordinary; what a gift! I have loved our relationship of so many years together, and sharing our special spots in the world. What a wonderful sendoff you have given to an extraordinary man; rest in peace Graham.