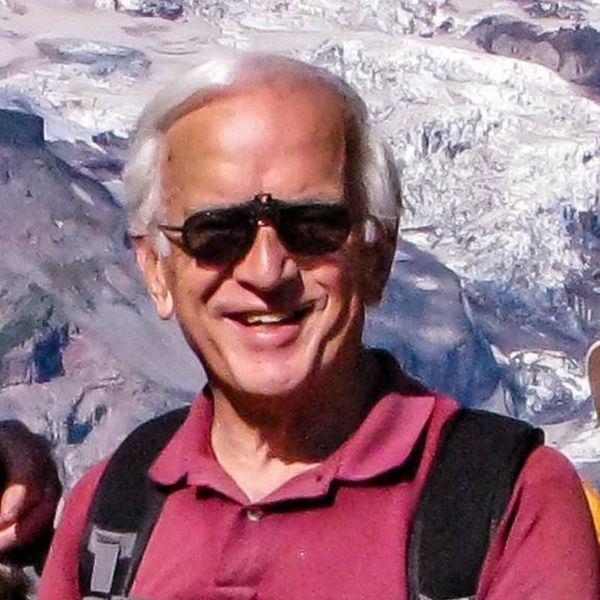 Grayson was a tenured faculty member at SPU for thirty-five years, transforming the university’s undergraduate biochemistry department with his pioneering research, his innovative coursework for students, and his focus on public health. He liked to ask questions and explored the territory of ethical issues in medicine.

Prior to joining SPU’s faculty in 1968, Grayson was a National Institute of Health Post-Doctorate Fellow at Duke University in Durham, N.C., and was recognized for discovering new embryonic hemoglobin, Portland 1, which exists at low levels during embryonic and fetal life.

At Seattle Pacific University, he was key in establishing SPU’s undergraduate research tradition and led the University’s rigorous pre-medical advising program in the ‘70s and ‘80s. Dr. Capp was known to encourage his students to think deeply and differently. He spoke frequently of the global burden of disease, economic disparities, and the ways we might effect change. During his years at SPU, Grayson presented at scientific meetings in the United States and abroad, and brought world-class scientists and Nobel Laureates from the University of Washington to speak to and meet his students on campus. Grayson was awarded the Winifred E. Weter Faculty Award Lecture at SPU in 1982.

Grayson used his far-flung sabbaticals as a time of learning. He spent time in Oxford and Cambridge, England, working with experts in Chemistry. Grayson taught undergraduate and medical students in South Africa, Zimbabwe, Namibia and Malawi, where he worked with colleagues to combat onchocerciasis, better known as “river blindness.” He was a curious person and had a voracious appetite for reading about hiking, mountaineering, travel, bioethics, philosophy and religion, and loved fiction too.

An advocate and supporter of the arts, Grayson loved music, especially jazz, classical and chamber. He sang in quartets and choirs, and was a huge fan of Myrna’s talent and artistry at her piano.  Music was part of the fabric of Grayson’s life, attending the Seattle Symphony, the President’s Piano Series and Seattle Chamber Music Festival for decades with Myrna. He never missed a Seattle Junior Symphony concert in which his three children were members for years. He also loved and supported the Seattle Repertory Theatre and Seattle Art Museum. He was a long-time member of Magnolia United Church of Christ.

Grayson loved the mountains in the Northwest, including both the Olympics and the Cascades. He climbed many trails in the Olympics; summited Mt. Rainier twice, completed the 93 mile Wonderland Trail and knew the trails in Mt. Rainier National Park better than many park rangers. It was in these alpine meadows and cirque basins that Grayson pondered best the mysteries of the universe, and felt a spiritual connection to the natural world. He shared his passion for hiking and climbing with his family, who joined him on many outings. Rainier was so special that it was given the name “Itself” by his colleague and best friend Jim Crichton. His enthusiasm and sense of adventure followed the wisdom of the great environmentalist, John Muir, who said “The world’s big and I want to have a good look at it before it gets dark.”

Gardening was in his bones. Grayson came from a long line of avid gardeners and his forte was spading. He often recounted the memory as a young boy, of waking up early in the morning to the sound of his own father spading the huge garden in Bremerton, where he grew up. His vigorous prep resulted in beautiful vegetables produced from his Seattle garden and brought him joy. Running and cycling kept him fit for all of that spading!

Grayson was full of joie de vivre, and was equally at home talking with an academic colleague or a stranger at a coffee shop. He loved hearing stories and loved sharing his own, and was always happiest sharing a great cup of coffee, especially at Macrina on Queen Anne Hill.

In lieu of flowers, donations may be made in Grayson’s name to Washington National Parks Fund. https://wnpf.org/  Share a memory, story or photo at www.lifeposts.com.

Grayson was a treasured neighbor, always chatting with passer-by, puttering on his many beloved BMW's or in his garden cultivating enough tomatoes to last the year. We are grateful for his friendship and hope he has found higher mountains to explore and trails to wander.

Thanks for sharing this Virginia. Grayson enjoyed your neighborhood parties and the stories of your travels.

Dr. Capp was more than just a college biochemistry professor interested in teaching the merits of the Krebs cycle. He was interested in his students. His conversations had a lot to do about you. I remember his love of classical music from his office, and his love of hiking and running which he wove into the fabric of his life. As a premed student, I had a lot of conversations with him about life, not just about school. When he ran the Boston Marathon in 1981, he asked me to teach his nursing 101 chemistry class for a week. I was really nervous, but I later appreciated his trust in me. That spring in '81, he joined myself and two other premed students in taking a sailing class on Puget sound. He loved the being out on the water. No other professor did that. And he was. fun to be around!
He made a lasting impression on me, and I have thought of him often. It was a privilege to have been taught by him.
Rest In Peace Professor Capp
Rolf Olsoy, MD

Rolf, thank you for sharing your memories of my Dad. That was his favorite part of his job...getting to know his students and to create opportunities for them to look at the world outside of one single track. He would be so pleased to know that you thought about him that way.

I invite you to click this link and view the post that I made in tribute to my Dad a few days after he passed away. My Dad behind the wheel, on our way to Mt Rainier for the day. https://www.facebook.com/permalink.php[0]=AZX2j4Glh8m3RaD8VFXlvThHMi0H3byLxg9klNmpd45a6vyw74Twt_eoSYfq3FEQq5EUFqgVY76P_t31p9exX7KLp6v4Stwpf7riF900UtIZiCdL-yMDP_zS-36a1XSNVJX_OWlxfskmQygTzegta7Vc&__tn__=%2CO%2CP-R 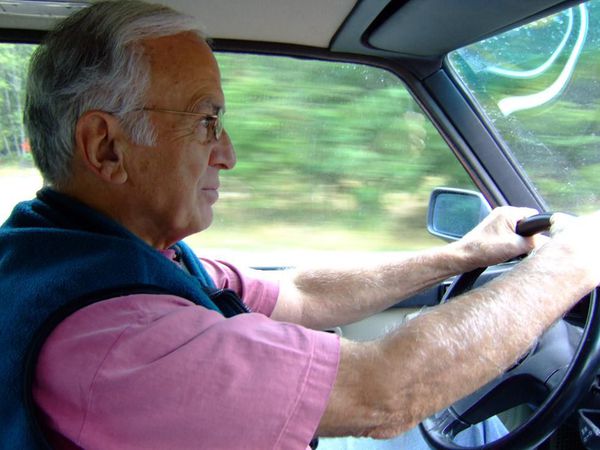