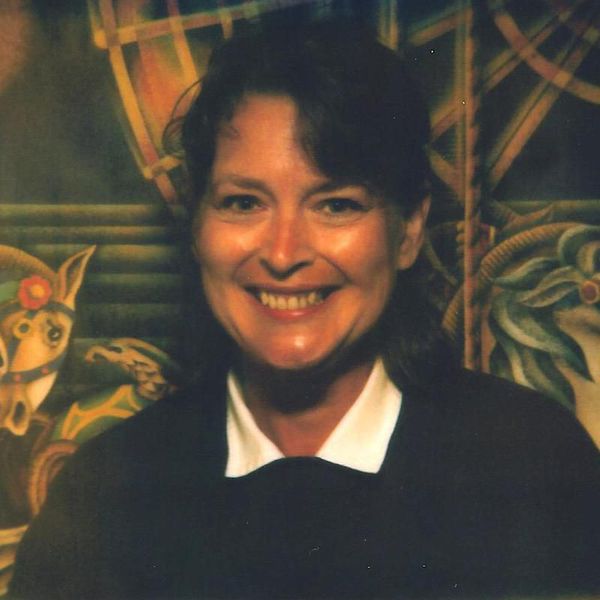 It would be impossible to sum up her whole LifeStory here but instead here is Bobbi's Obituary.

On May 27th Barbara “Bobbi” Murrow Schwartz of Abington, PA mercifully passed at the age of 72 after a long illness. Bobbi is survived by her children Matthew and Shaina, Matthew’s wife Barbara-Ann and their two sons Carrick and Logan, Shaina’s partner Austin; as well as her siblings (notably Linda, Charles, and their families) and recently discovered half siblings (including Jamie, Steven, and Robin and their families). Bobbi also shared her love, generosity and kind spirit creating bonds beyond that of her traditional blood relations, endearing herself to the countless lives that she touched.

Bobbi believed ‘work is love made visible’ as Kahlil Gibran wrote. Through over 31 years at Montgomery Newspapers she demonstrated that love, as the sole provider for her family. Bobbi overcame social anxiety in order to grow into her role as advertisingexecutive/multimedia consultant. She quickly demonstrated excellence for her customers and colleagues, winning accolades for her dedication, talent, and hard work including 1st place from the Suburban Newspapers of America 2009 Best New Special Advertising Section for the ‘Israel at 60’ tabloid that she was instrumental in creating. She was passionate about providing the best possible service for her clients, developing close friendships with they and her colleagues across the decades.

Beyond her family, Bobbi was immensely proud of and grateful for her poetry. She felt that her children were gifted to her (‘on loan’ in her words) from a higher power to nurture and cultivate. Bobbi felt fortunate in that same sense that her facility for writing offered her a way to communicate and connect with the world as well as a therapeutic tool to overcome the pain caused by it. Bobbi first taught herself at a young age to cope and heal through her writing. She has explained in past that at times she simply felt compelled to write, that it was not a conscious choice, to her it was like breathing, a necessary function of life. As an adult she was honored when her words and works were able to help heal and inspire others as well.

Mentored by, fellow writer and friend the late Rod McKuen, Bobbi was persuaded that if her writing could help others she felt the need to share it. Before the days of social media, going viral, and the ubiquitous use of cell phones, as resident poet for the Dr. Yvonne Kay Show on WWDB talk radio Bobbi was able to reach out to countless others about how to heal and come to terms with trauma and grief. Bobbi felt it was important to share her story and poetry with those who wanted to listen.

A collection of Bobbi’s poems was first produced into a tape, Emerald People borrowing the title of one of her beloved poems, through a production company she had started also by that same name. Before online publishing, frustrated with the practices of many of the larger publishing houses and how up and coming creative writers were treated, Bobbi went on to self publish and distribute her own book, the first printed collection of her poems Natural Acts.

As her own distributor, before Amazon and online shopping, Bobbi worked with individual book shops, and accepted mail order requests prompted by book readings, and signings, despite severe performance anxiety. Natural Acts is now celebrated amongst the people it touched. Further, Bobbi was able to achieve the unthinkable during the early 90’s and succeeded in making a profit through publishing and distributing her own book.

Bobbi was a rare and special human, a mother, a poet, compassionate and curious. A phenomenal cook, and avid gardener in her youth, Bobbi also loved listening to music and being with her family and friends, but by nature kept to herself, even more so as her health began to decline. She enjoyed walking on the beach in lightning storms, and other similar calculatedly daring adventures. Bobbi, at times that her family needed it, earned extra money by making and decorating designer cakes. In her younger days she was the type that had ‘never met a stranger’, and yet was only really known by perhaps her closest family and friends. Ever self realized in life, Bobbi touches on this dichotomy in her poem Emerald People. To paraphrase a short excerpt ‘There are emerald people, earthbound dreamers, as simple and complex, as nature itself. Often they go unnoticed… so ordinary to the eye, few imagine the diversity of treasures and turbulence within.’

Bobbi will be missed by her family, friends, listeners and readers. At her request Bobbi wanted us to celebrate her life and try to not grieve her. Out of respect for Bobbi’s wishes no memorial service or funeral is planned. There is a virtual memorial space for Bobbi in which we can share our love and fond memories at https://www.lifeposts.com/p/milestone/69681/bobbimurrow-schwartz-memorial/overview/ or if you prefer https://tinyurl.com/m7rpypkx In lieu of flowers, please send donations to one of Bobbi’s preferred charities a few of which included the Southern Poverty Law Center, Habitat for Humanity, the Trevor project, the ACLU, the Sierra Club, and/or the Environmental Defense Fund.