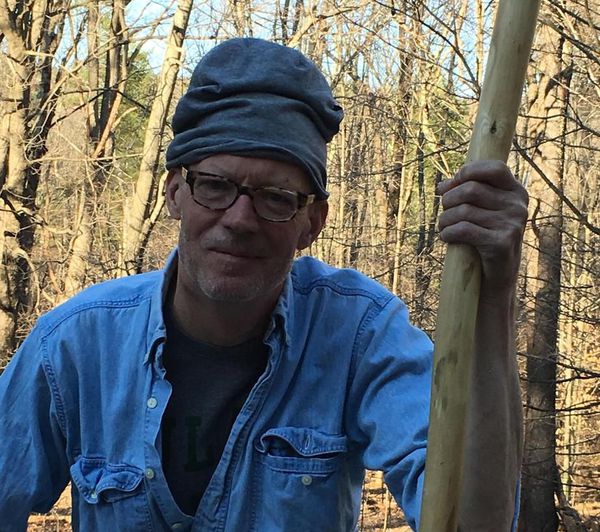 He could build anything

Michael Victor Kokiko, aged fifty-nine, of Brooklyn, New York and Southfield, Massachusetts passed away peacefully on July 13 at his home in Brooklyn after a valiant two year battle with lung cancer, his spirit and will continuing to amuse and inspire family and friends until the very end.

Born in Winston-Salem, North Carolina and raised in Goldsboro, after high school Michael served in the United States Army. Almost immediately after boot camp, he obtained a security clearance and was stationed in Korea. Returning to the States, then a member of the honor guard, he turned down an offer to attend officer’s school to study art at UNC Chapel Hill. After graduating cum laude with a BFA in painting and sculpture, Michael moved to Brooklyn, New York. While a studio assistant for several NY artists, including Vitto Acconci, he honed his carpentry skills, becoming a master carpenter. For twenty years, he worked as a supervisor for ultra high-end residential contractors in New York City, running multi-million dollar renovations, working with such architects as Peter Pennoyer, Olsen Kundig and Steven Wang.

A craftsman, he loved his work. In addition to being a builder, painter and sculptor, he had been an amateur bicycle racer and continued to ride through the Berkshire County hills that he loved. An adventurous cook, drawn especially to recipes that used every pot and knife in the kitchen, he and his wife enjoyed hosting friends for dinner. A particular fan of folk and outsider art, when his illness prevented him from working, he took up quilting – something he’d watched his grandmother do as a child.

He is survived by his wife, Donnaldson Brown, and their dear son, Michael Carlisle (Lyle) Kokiko; his brothers, Jim and Geoff Kokiko of Goldsboro, North Carolina; his sister Kathryn Lynn Kokiko of Raleigh, North Carolina, as well as numerous nephews and nieces. 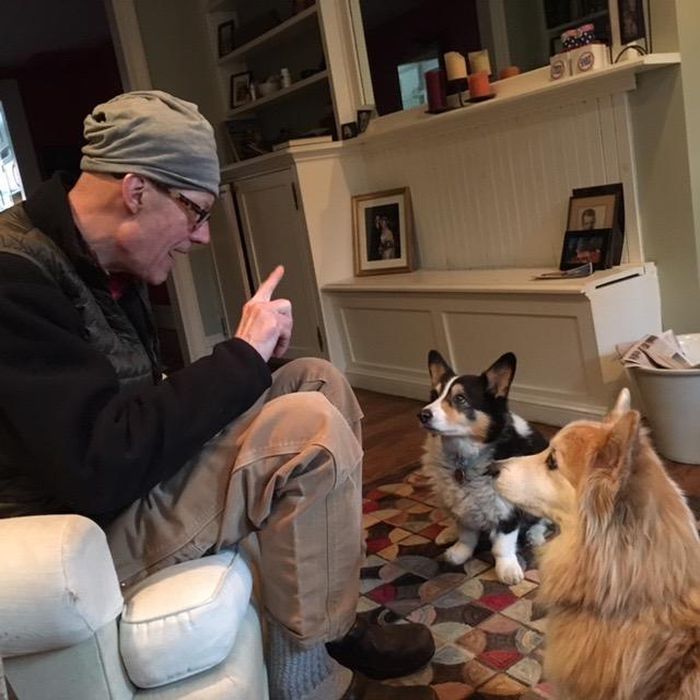 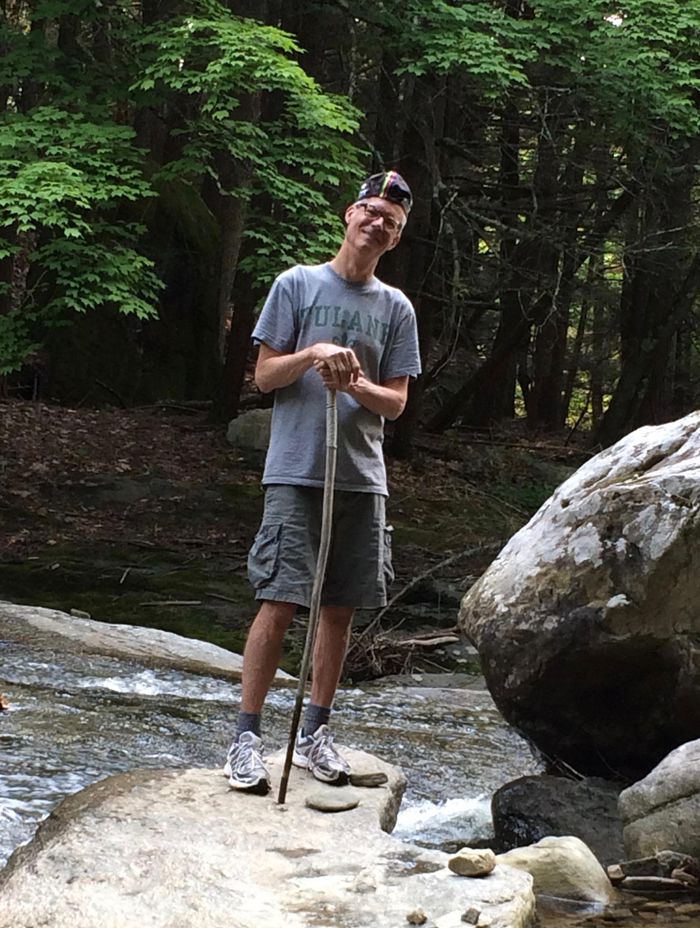 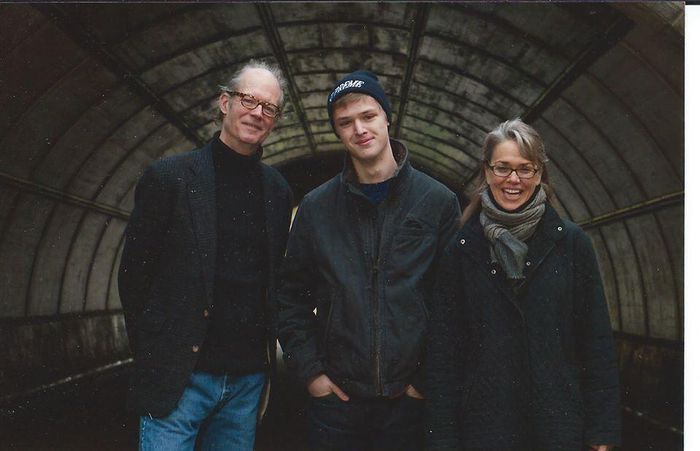 It has taken me this long to drum up the courage to contribute here. I think because it's so difficult to acknowledge that he's not here, in the flesh, even though it been almost 5 years. My history with Mike began as soon as I moved to Manhattan from the mid-west back in 1986. It was a fortunate chance that he was a carpenter on a gallery reno, a construction job. I completely lied about having any building skills of which I had none.
I figured that I'd slide up next to the most skilled person I spotted and do what-ever he/or she does- and Mike was the one. Quickly he figured that I was completely at a loss. But he was so cool, he definatly had a style, his Southern drawl and quick wit and keen observation and kindness. Once I told him he was a Wild Tchoupitoula, which he loved, because someone, a friend from his art school days had also called him that. That bonded us.

Through the years I had the great pleasure of working with Mike on and off. It was kind of strange the way we be working together and then not see one another for years at a time. but like cowboys drifting from ranch to ranch we run across each other somewhere out there in the city and re-connect. That specific kindred souls was always there.
I always admired Mike's physical skills and the way he managed relationships with people from such varied backgrounds. Through the years, I too, followed a path to managing high end renovation and more often than not, when a problem arises I will often think to myself- What would Mike do in this situation?

..... Then I realize Mike probably would not find himself in this situation.

In those precious last few years I was lucky enough to have re-connected with him. He loved to read, loved music, loved talking shop, loved fixing things, was a fine grill master. He would tell me how blessed he was to have Donaldson and Lyle in his life. Which reminds me, I remember that Mike and Donaldson met way back when D was working at 211 in Tribeca, our companies office was upstairs, the crew would meet every Friday at 211 for a Happy Hour, and I believe she caught Mike's eye at that time.

In a city full of characters, Mike stands tall. Ask any of us who worked with him through the years. Even better if you were fortunate enough to be his friend. In life I believe only a few people will be the ones you take to heart, Mike is one of those for me.

How strange is life. Here I am living in Mexico and I stumble across an obituary of someone I knew in the military both in Korea and Kansas. We were very good friends at time. When he got his wisdom teeth pulled he sat around painting my walls with Bob Marley. He was a good person. I very sorry to hear about this. It sounds like his life stay artistic and varied. I like that

Frank, (I'm Mike's widow) Thank you for reaching out. It's nice to hear from one of Mike's army friends. He was an artist till the end, for sure. I hope you're well. (And maybe you and Robin will connect.) Best, Donnaldson

Kokiko was a true Original.
I never saw him after we worked together on Castelli Soho but I would occasionally bump into people who knew of him.
His legendary skills and good humor were what people would always relate.
There was no greater builder and craftsman, pure carpenter that I ever met.
I remember in SoHo, late 80’s, he came back on a Monday morning from a trip upstate and he had bought this crazy little block plane that was probably from the 1800s. He had already sharpened the tooth, which had a right angle shape like a bent pinky finger. We were mortising hinges and door latches and he proceeded to take this odd looking two handed plane out and use it like he had been working with it his entire life -made the most perfect mortises I’d ever seen. He handed it off to me and I butchered one tongue latch horribly.
Michael was just that way.
He could do it all.
He had southern zen.
Infectious humor, folksy philosophy of the world that was also full of skepticism and devil may care.

When I read this this morning I didn’t even realize how much I really missed and admired him.For me he was like meeting a young artist who went on to become famous, that you knew had so much talent that it was impossible that they would not be successful at life.

I know he was.

Rest easy Mike Kokiko, I know you are on that porch with a 3 legged dog tossing beer cans at the sun.

Jim, (I'm Mike's widow.) I really enjoyed reading your post. I don't know why I'm just seeing it now. And I don't know if you'll see this reply. Thank you, though, for your memories of Mike. I loved reading them. He was so truly one of a kind, and the most handsome man, too...I'll always miss him. Do stay well....Yours, Donnaldson

Great Person. I have this privilege to know him and work with him.
i will miss you Mike!
voytek wilk

Thank you for your note, Voytek. I heard about you a lot. He really enjoyed working with you...All the best to you, Donnaldson

I was sorry to see this. I was in WSD/K with Mike in Korea (at Camp Page). My condolences for your loss.

Thank you for your note. I'm sorry I'm just seeing this now. We have a few photos of Mike in Korea. He didn't talk much about his time in the army. I appreciate your reaching out. All the best to you, Donnaldson (Mike's wife)