In 1994 he was reunited with his sister after years of not speaking. It was the first time I'd met my father's other aunt and cousin's. As a kid, I remember this being a "fun" day. Whatever drama or sadness that might have surrounded it was lost on me. All that sticks out in my memory are smiles and laughter. 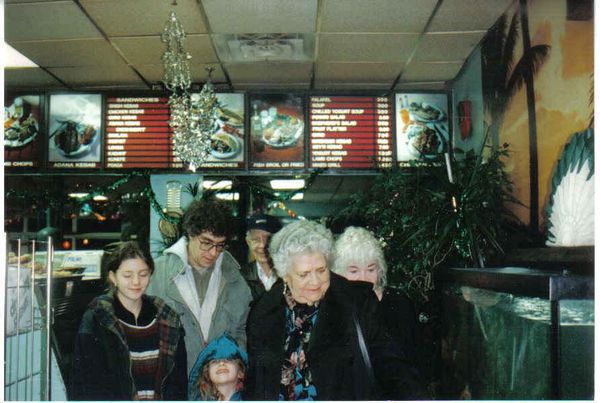 I always remember going to grandpas house with my mom and preparing myself for a slobbery hello kiss!

Post a photo from each decade of Julius's life 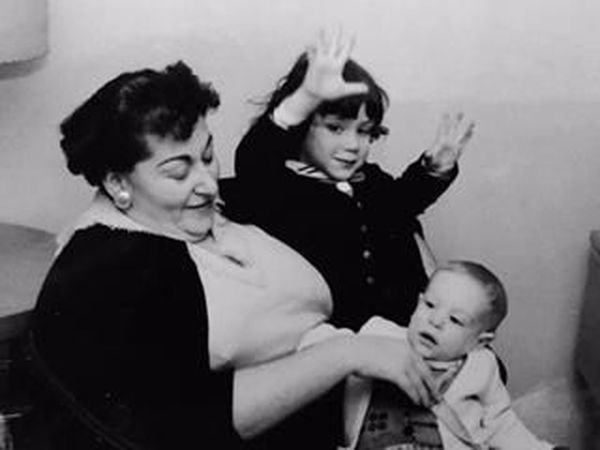 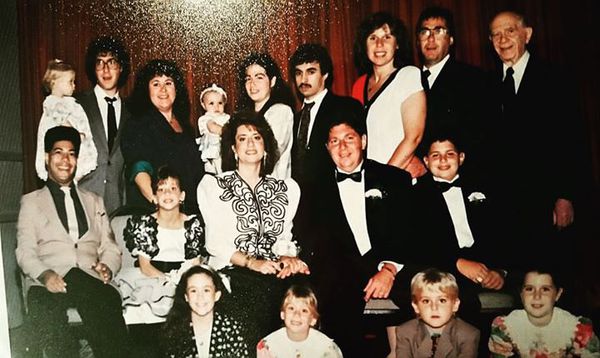 What did Julius love?

I always knew my grandfather to love books.

I also have these memories of uncovering some Frank Sinatra CD's when we were little kids getting involved in everything.

What's your favorite picture of Julius?

One of many. . . But I took this one for his birthday at our house. My mother had made the cake. It was probably just a few years before he passed away. 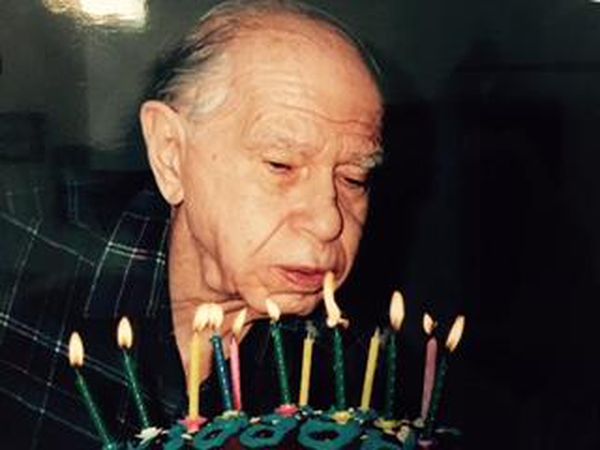 What happened to Julius during the war?

These are Grandpa's words from a 1999 interview with his granddaughter Melissa Willner:

"I grew up in Vienna, Austria. I lived with my parents and my two younger sisters. On March 12th of 1938 Austria was joined with Germany. I was 23 ½ years old at the time. I was in the Austrian army. The German Nazis began to beat Jewish people on the street. I was discharged from the army a week later. I was discharged because I was a Jew.

The Nazis didn’t allow us in the army. The next couple of months were very difficult. It was frightening to be there because all your rights were taken away from you.

In June of 1938 I was in the street and some member of the Hitler Youth pointed me out saying, “here is a Jew.” I was then arrested and kept in police custody for three days. After that I was sent to the train station. At the train station the Nazi guards counted us and every tenth person they shot in the head. The rest of us were forced to go out on work details. I worked in a quarry. They gave you a big sledgehammer and a pick. We wore pirson uniforms. Mine had a triangle in yellow and another triangle in red and this made the Star of David. They made us sleep in big barrack on planks of wood piled up on each other. They used to give us lashes with a whip and make us count along as they hit us. They would kill people just as they pleased. They were allowed to. They wanted to kill the children most of all.

When I left Dachau they sent me to Buchenwald Concentration Camp. It was bitterly cold. If people were caught trying to put newspapers under their prison uniforms to insulate themselves, the Nazis would beat them. in Buchenwald there was also forced labor. They made us move bricks all day. every day I lived under terror. Every day we had these miserable “Appells”, that’s an assembly when all prisoners were forced to gather. This happened several times a day, no matter what the weather. They used to beat you without reason and hung us up on straps on poles with our arms stretched apart. The concentration camp was surrounded by barbed wire which was electrified.

The beatings I remember very well. They used a horse whip. I also remember the constant, nagging hunger. They made us desperate. We had no freedom. At night if you went out of the barracks they would shoot you.

In May of 1939 I was released from Buchenwald. My aunt in America sponsored me to come to America. I obtained what was called an Affidavit. Upon release I went back to Vienna and reported to the police. I couldn’t get out until July 11th. From Vienna I went to Switzerland and then to England. From England I went on a ship, the S.S. Samaria to New Haven Connecticut. The war started in September 1939. I arrived in the U.S. on July 27th 1939 and by May 16th 1941 I was drafted into the U.S. army. Not too long after that I was sent back to Europe to fight the Nazis. I participated in the Battle of the Bulge.

The first person from my family to flee from Austria was my sister Rachel. She fled to Palestine. She crossed over land and swam onto the shores of Palestine. Then my sister Katie left. She went to America. By the time I came back from the concentration camp, only my mother was in our apartment, my father had left for Poland in hope of finding a place for us to stay with our family that lived there.

When I left I already knew I’d never see my parents again. We tried to get them out, but they were killed. My sisters and I were lucky enough to escape with our lives."

If you could send Julius a message now, what would you say?

Did Julius have a favorite phrase or common mannerism?

What did Julius dislike?

What did you learn from Julius?

What do you most want people in the future to know about Julius?

What were Julius's guilty pleasures?

What objects most remind you of Julius? Have photos?